Sale of African table will raise money for church refurbishment.

A carved table brought back from Africa by an Irish missionary is to be sold at auction in Shropshire next month to raise money for a Roman Catholic church in the county. 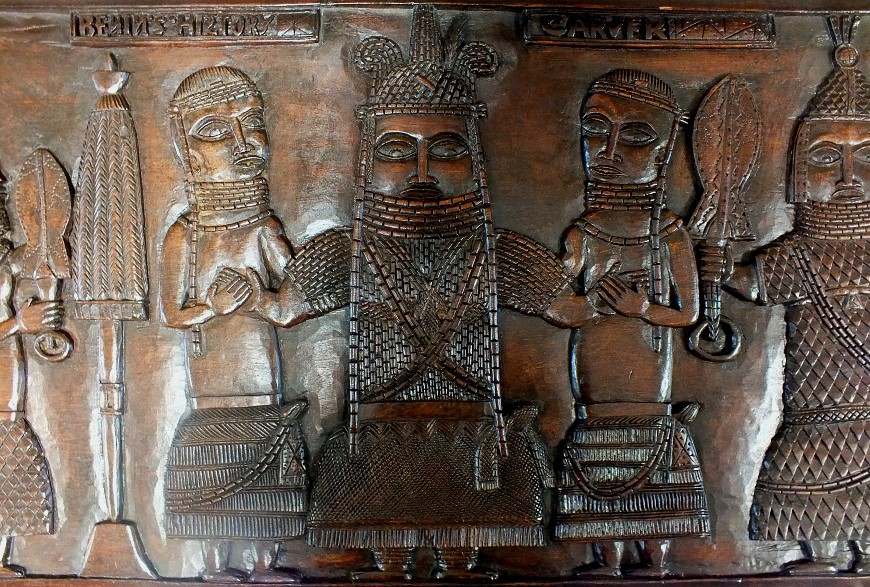 A carved table brought back from Africa by an Irish missionary is to be sold at auction in Shropshire next month to raise money for a Roman Catholic church in the county.

The table, which is valued at around £700, will go under the hammer in Halls’ Fine Art auction of fine furniture, European ceramics and works of art at the Battlefield salerooms in Shrewsbury on April 15.

It has been gifted to St Mary’s Roman Catholic Church, Madeley by Father Michael Hartley, parish priest, to raise money for refurbishment works. The church has raised £30,000 over the past three years and needs to raise an additional £7,000 to complete the refurbishments.

Father Hartley explained that he was given the table by a parishioner when he was the parish priest in Cheadle Hulme, Cheshire in 1994 and it has been with him ever since.

The parishioner has inherited the table from her mother, who had herself been gifted it by an uncle, an Irish Missionary priest. Father Hartley said the parishioner had told him that she thought the table was brought back from Africa in the 1940s.

The table’s carvings, depicting Oba, King of Benin, supported by his courtiers, are believed to be copies of famous bronzes now housed in museums and collections around the world.

The Benin Empire was one of the oldest and most highly developed states in the coastal hinterland of West Africa and became part of the British Empire in 1897. The country’s ruler was driven into exile and ivory and bronzes from his palace were plundered. The Benin tribe still exists and their territory is now part of Nigeria.

Halls’ senior auctioneer and valuer Andrew Beeston said he hoped the table would appeal to collectors of African art and raise a significant sum for St Mary’s Church.