Prospect of Shrewsbury is true historical window into the past

Halls Fine Art will be offering for auction one such panoramic view, known as a prospect, illustrating Northeast Shrewsbury which they believe was painted by an 18th century local artist named John Bowen.

In the modern age almost everyone now has a smartphone, how often do we visit new places and take an instant snapshot with the camera? It is a common and slightly comical sight to observe individuals slowly turning in a circle with their phone held up attempting to capture 360-degree panorama photographs. Yet before the age of photography we had to rely on memory, or for a more permanent record it was to artists that we would turn.

The paintings and drawings that have survived the centuries are wonderful time capsules and can reveal to us in the modern world those secrets that have been lost in time, the buildings and landmarks that have disappeared from the streets that we still tread today.

Halls Fine Art will be offering for auction one such panoramic view, known as a prospect, illustrating . The painting reveals a full view of historical Shrewsbury from the Abbey on the left, covering the entirety of the town including the famous spires of St Mary’s, St Alkmunds and St Chad’s churches, stretching out all the way to the castle.

John Bowen was born into an artistic family and produced in his lifetime many architectural paintings of Shrewsbury which are full of intricate details and representations of historical features that have since disappeared. There are a number of clues that can help us date the artwork such as for the presence of Old St Chad’s which collapsed in 1788. Due to the appearance of brick buildings along the town walls, such as Broom Hall, we know that this painting must have been created after 1720 and before 1769 due to the visibility of multi-storeyed buildings atop the Old English Bridge before its replacement during 1769-1774. Bowen must have drawn much artistic inspiration from his Shrewsbury hometown as several of his works have survived the centuries and can be seen on display in the Shrewsbury Museum. 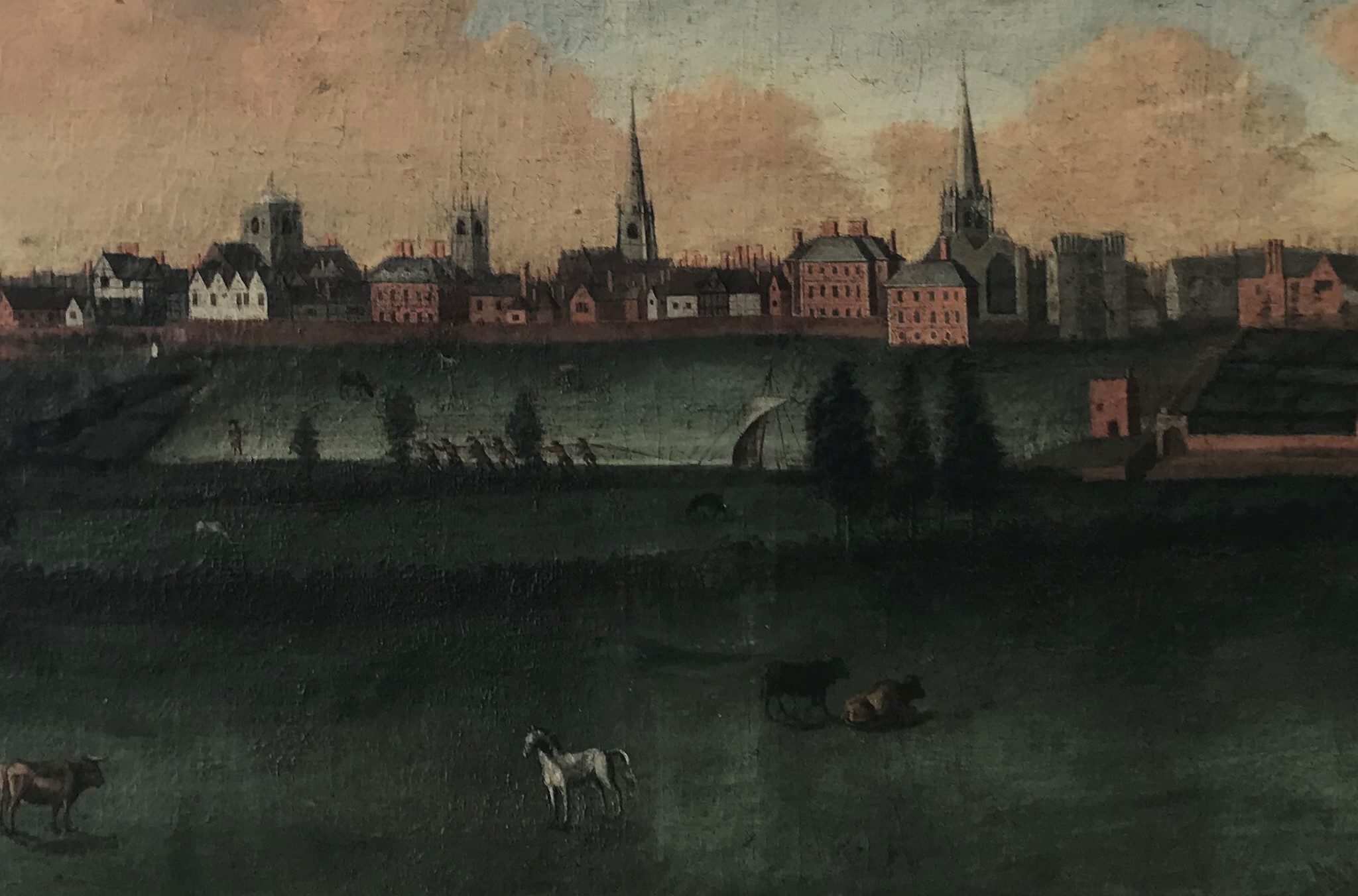 This prospect of Shrewsbury is a fantastic survival and a true historical window into the past. The painting spent the last century hanging on the walls of a titled estate and will be offered for auction in the Autumn Fine Sale at Halls on the 16th September. The specialists estimate the painting will sell between £10,000-£15,000, but who can put a price on history?