If you've just started out as a watch collector, you might hear phrases such as 'Grail watch', 'beater watch' and 'tool watch'. So what, indeed, is a tool watch and why would a vintage or modern watch collector want to own one?

A tool watch is essentially one that you can pick up and put on without really having to think about it. It is immediately useable, comfortable to wear, simple and clear to read and just rugged enough to handle the rigours of an average day. It can be stylish, although this may be a little subjective, and as such is distinctive from what has become known as a 'beater' watch. The beater is a really tough and usually inexpensive (or comparatively so) watch that can be worn on occasions when one knows things are going to get messy - like mountain bike riding, DIY or taking a spanner to a motor car. For those occasions you need a watch you are comfortable getting beaten up, scratched and knocked about but still works and does its job admirably. Think Casio G-Shock.

By comparison, a tool watch can be rather more refined but, nevertheless, will have a certain utilitarian charm. Critically, though – and this is where some collectors differ in opinion – it should have no complications. In horological terms, a complication is an additional function that a watch might be engineered with, over and above telling the time. For example, a date aperture, a stopwatch/chronograph, a second time zone or GMT hand. The tool watch will have merely hours, minutes and seconds hands with simple readable hour markers. This means that you don’t need to worry about setting or re-setting the date when you put it on. It’s simply ready to go.  A vintage Omega Seamaster does very well for this, especially in the classic stainless steel finish, and those made in the 1960s and 70s are really stylish and very wearable today. 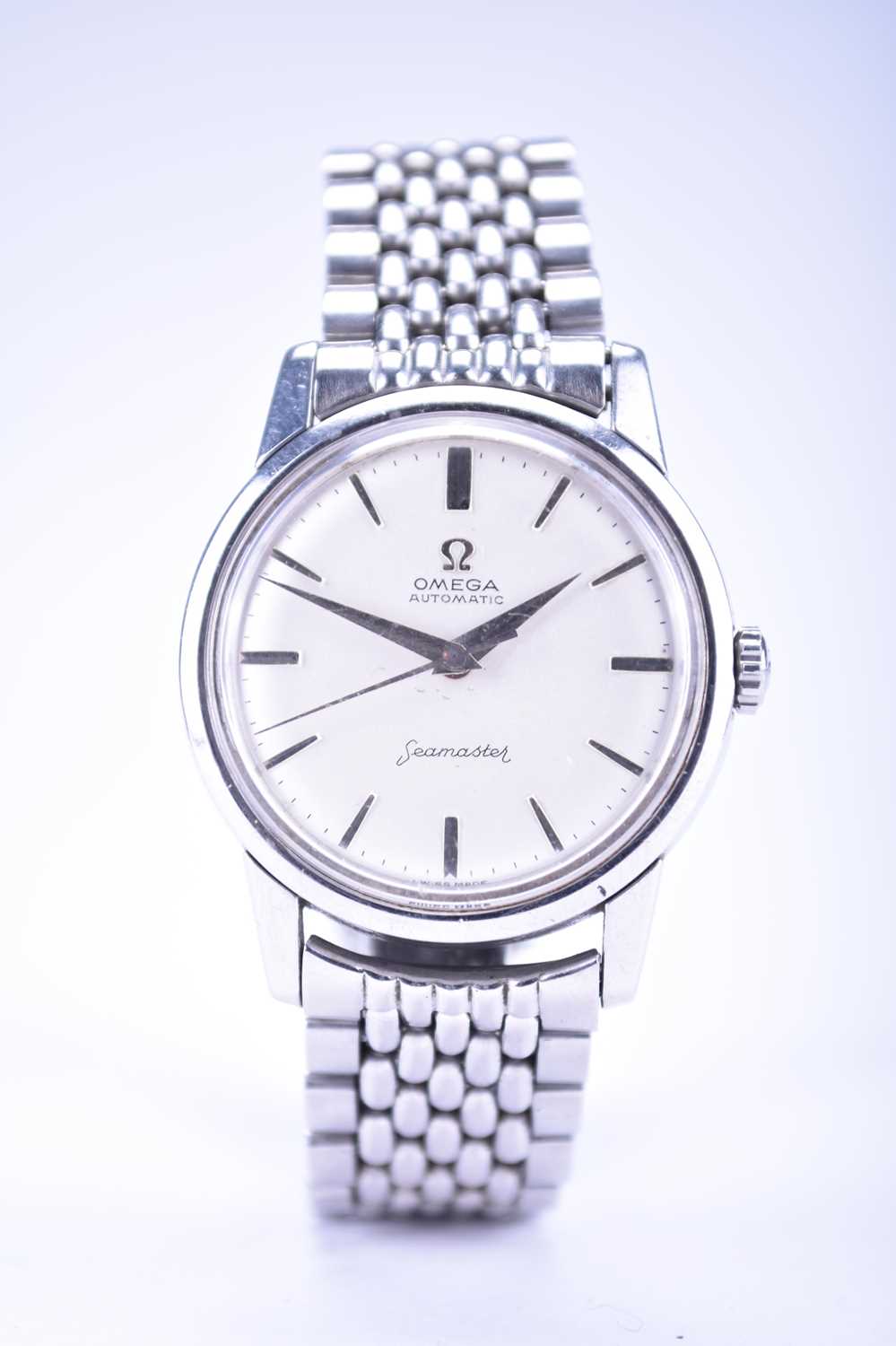 For this reason, the tradition of military issue watches (a topic we will likely explore in more detail in another blog post) steered watchmakers towards this set of criteria when supplying the War Office and the Ministry of Defence. Consequently, such examples can make an ideal tool watch, especially when the maker is recognised for more stylish and dressy timepieces. 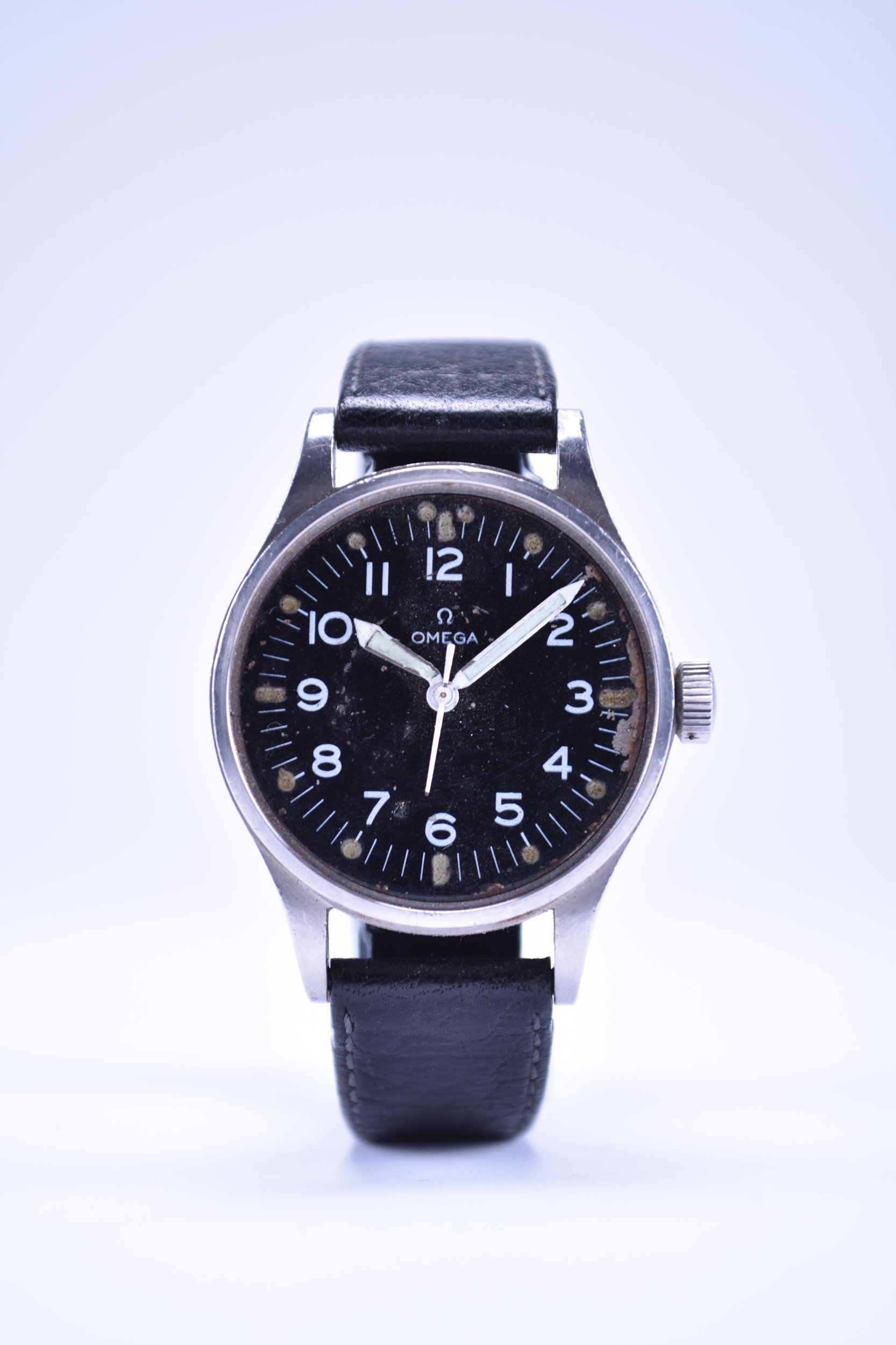 IWC (International Watch Company) is a case in point and we recently sold very successfully a military issue RAF pilot’s watch from the early 1950s. The black dial, Arabic hour markers and plain white hands set within a simple round stainless steel case, made this a first rate tool watch. Of course, greatly enhanced with a high quality mechanical movement and the all important military ‘broad arrow’ mark and RAF code 6B/346 engraved in the back, this was an understandably sought-after watch. 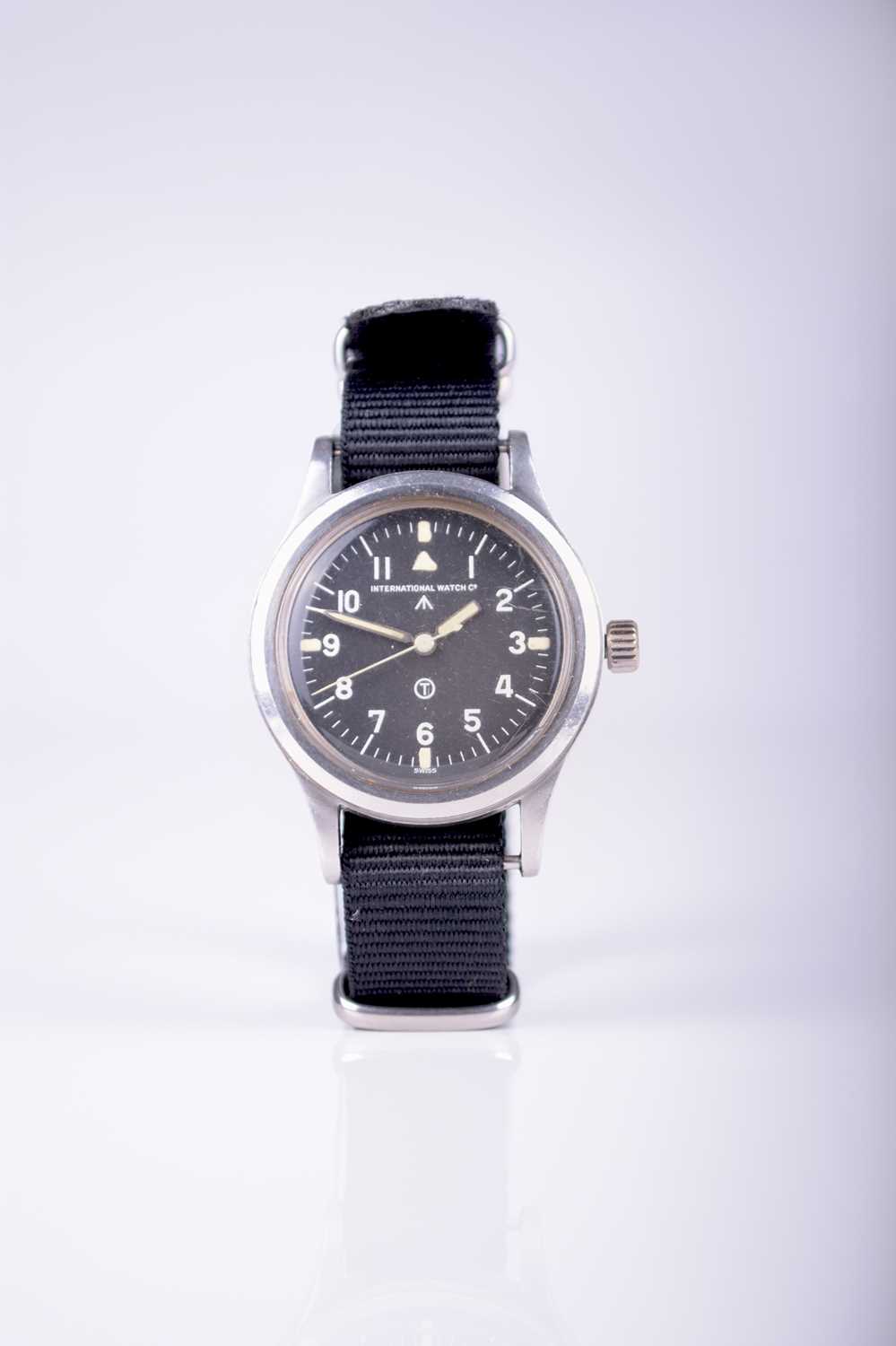 Similarly appointed but sporting a quartz movement, rather than mechanical, is the CWC G10, an example of which features in our March 2023 auction. CWC (Cabot Watch Company) is a British maker, perhaps not as well known to the wider world but certainly one followed by watch enthusiasts, was founded in 1970 by Ray Mellor. Mellor had worked previously for Hamilton who supplied watches to the MOD but set up on his own under the Cabot name when Hamilton decided to close its UK operations. CWC picked up where Hamilton left off, becoming the premier provider of watches to the British military. The G10, nicknamed ‘fatboy’, was launched in 1980 with a quartz movement, making it arguably an even better tool watch. The advantage with quartz over mechanical being that it won’t wind down and stop if you should choose to wear something else on your wrist for a few days. 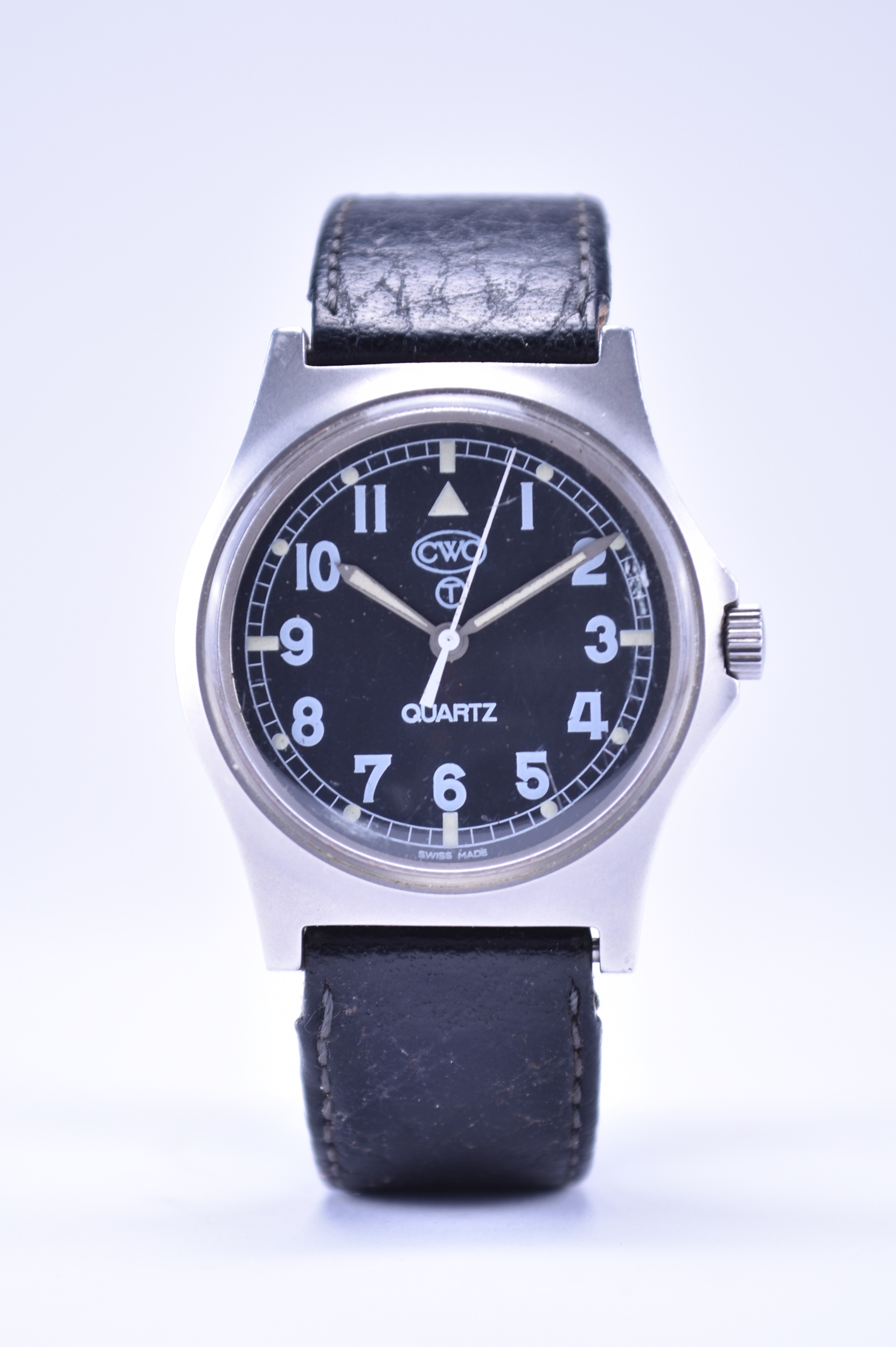 Perhaps the ultimate tool watch is one that combines classic elegant design, simple functionality, precision engineering and reliability. All of that can be found in the Rolex Explorer. Originally launched in 1953, believed in honour of the historic assent of Mount Everest by Hilary and Tanzing, it started life as a ‘bubble back’ but progressed in the Oyster case. The simple polished bezel, black dial and combination of batons and Arabic hour markers make the Explorer a distinctive looking Rolex compared with other models. The absence of a date complication, and thus the trademark ‘cyclops’ magnifying bubble on the glass, give this timepiece a really clean and elegantly purposeful feel. 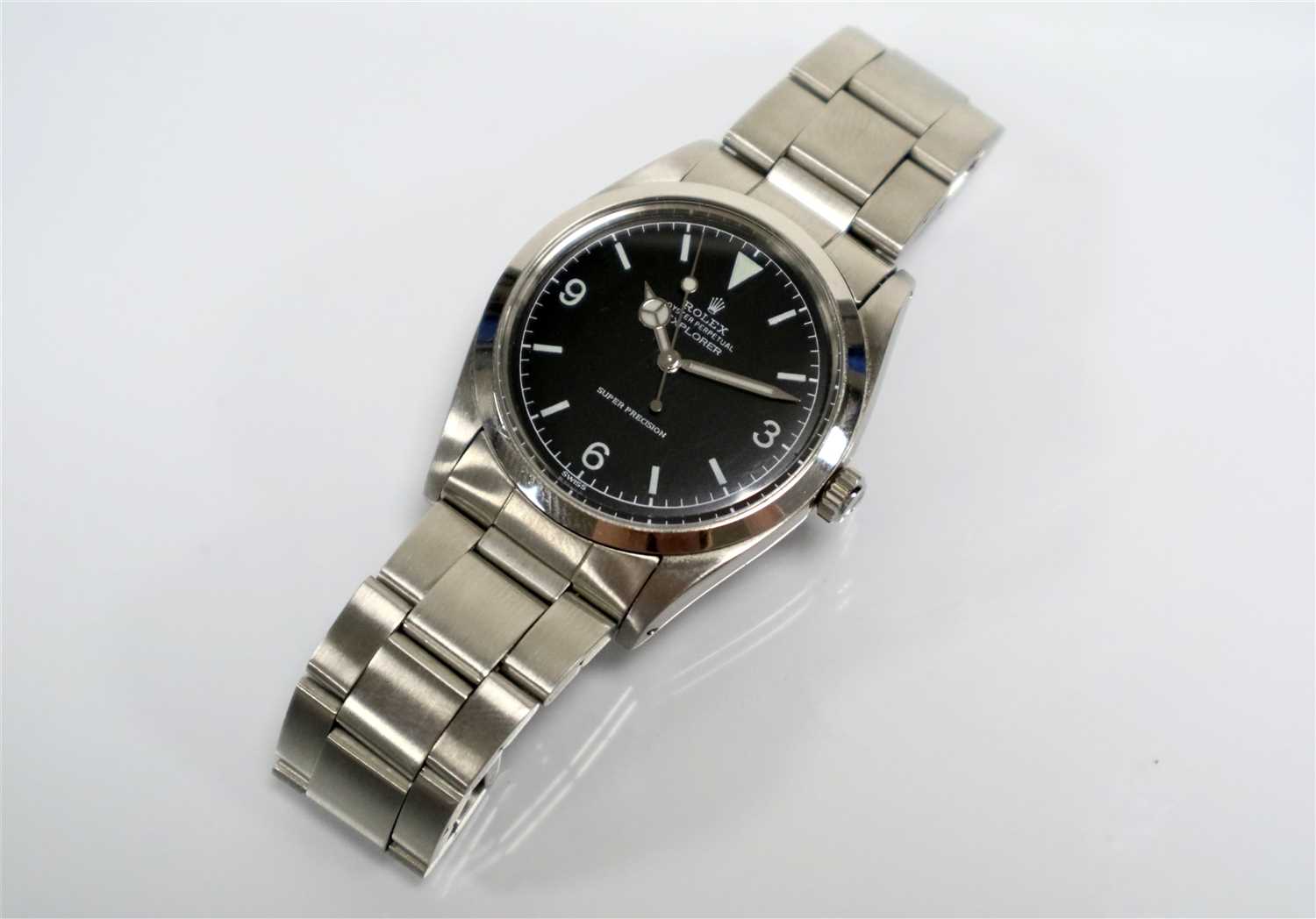 In 1989 the model was given a controversial facelift when the luminous printed dial was replaced with raised silver markers filled with Tritium lume. Later still a bi-metal version was introduced with gold coloured bezel and centre links to the Oyster bracelet, offset with gilt hour markers and hands but for some, perhaps, this strays a little too far from the spirit of rugged simplicity.

So the tool watch has become something for many watch enthusiasts to consider for their collections. Knowing what the essential criteria are, one can find plenty of examples at a range of prices as well as dating from vintage to brand new. It isn’t so much the desire for a high end maker or mechanical perfection – though both are there if you want them. The spirit of the tool watch is simplicity and rugged elegance. The rest is up to you.