Two Chinese cinnabar lacquer antiques, which had been stored away in a Shropshire property for years, sold for £18,000 at Halls Asian Art Auction yesterday. 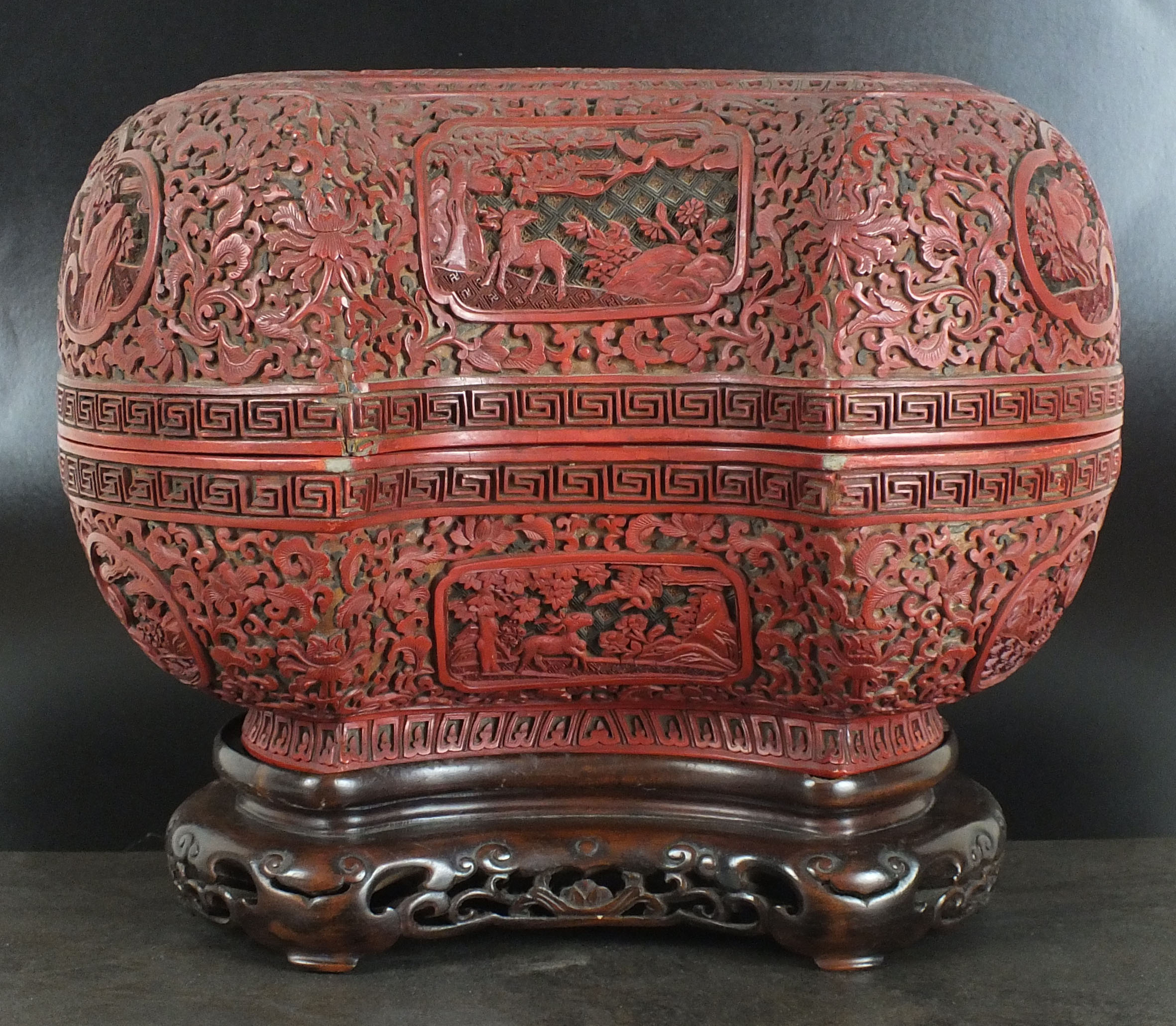 Two Chinese cinnabar lacquer antiques, which had been stored away in a Shropshire property for years, sold for £18,000 at Halls Asian Art Auction yesterday.

The owner had no idea the antiques were so valuable and Jeremy Lamond, director of Halls Auctioneers and Valuers, says the discovery underlines how important it is to get Asian items assessed and valued by experts.

Star of the auction was a cinnabar lacquer ingot form box and cover on a carved hardwood stand, which dated to the early Qing Dynasty and tripled its pre-sale estimate to sell for £15,000 to a Chinese online bidder. Its companion, an intricately carved, circular lacquer tray and hard woodstand, from the Qianlong Period, sold for £3,000.

The Chinese cinnabar lacquer ingot form box which sold for £15,000.

“Both these Chinese antiques were discovered in a house in the Oswestry area and our valuation came as a complete surprise to the owner,” said Mr Lamond. “They had been in the family for generations but were stored away and not being used or displayed.

“This discovery demonstrates that there are Asian art treasures waiting to be identified in Shropshire and surrounding counties. Our advice to householders is if they don’t know what an item is, please bring in it for a free valuation or one of our specialists will be happy to make a home visit.”

Mr Lamond said the decision to time the auction to coincide with Asian Art Week in London provided dividends, as many Chinese buyers were among the international bidders.

“The market was unexpectedly buoyant across the range which is possibly because we pitched the sale in Asian Art Week to attract Chinese buyers,” he said. “We had a large number of lots that sold above estimate, which is good news for the vendors.”

Other top selling lots were a 19th century album of Chinese pith paper paintings at £2,600, a Japanese bronze marine life platter from the Meiji period at £2,400 and a jade bead necklace at £2,100