World tour as Egyptian and European lots make headline at Halls Fine Antiques Auction
Bidders were taken on a world tour as antiques and works of art from around the globe went under the hammer at Shropshire’s leading fine art auction house 22nd July. 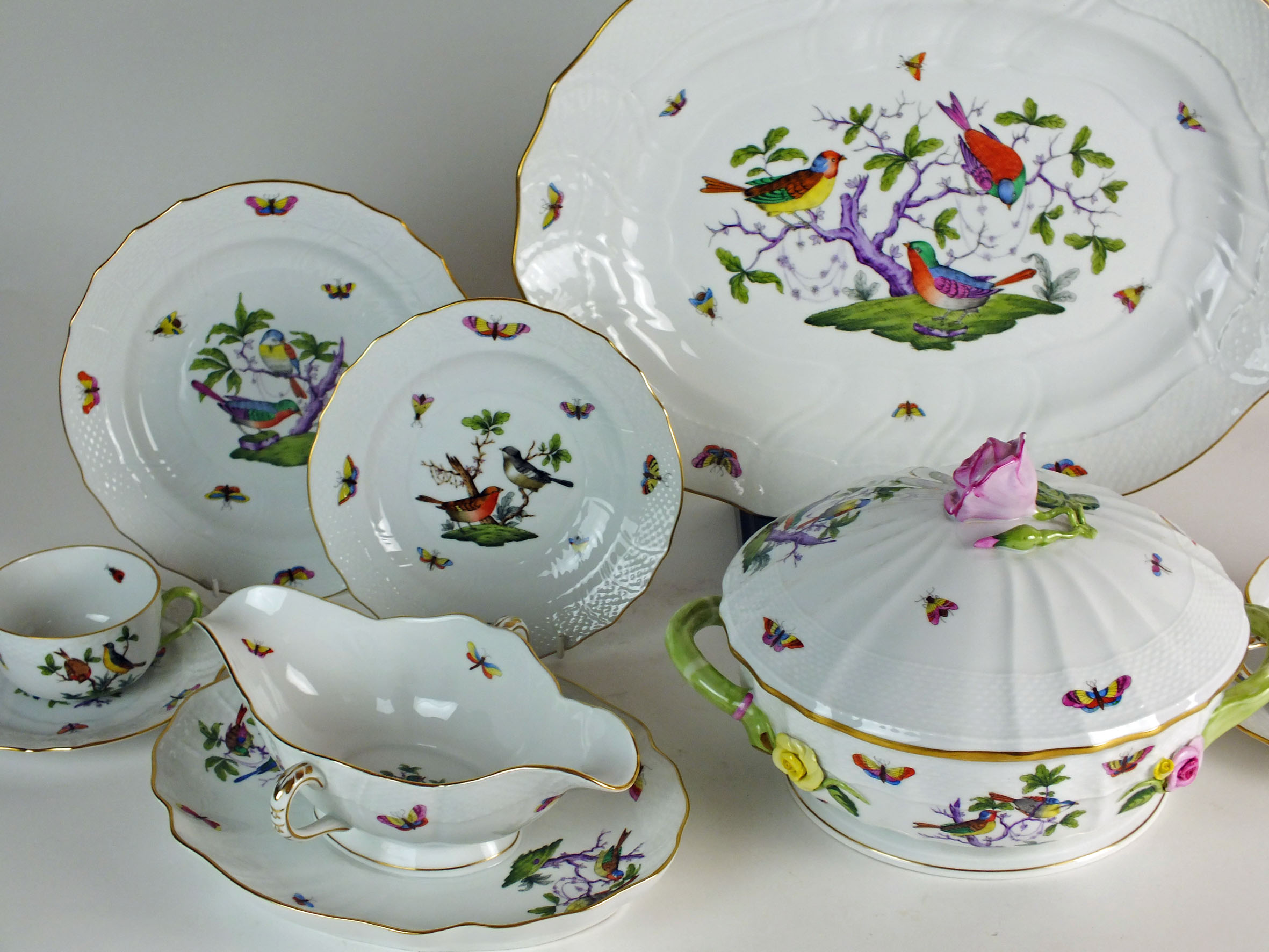 Bidders were taken on a world tour as antiques and works of art from around the globe went under the hammer at Shropshire’s leading fine art auction house 22nd July.

Oldest item on offer at Halls’ successful fine furniture, European ceramics and works of art in Shrewsbury were two Egyptian antiquities consigned by a West Midlands vendor. A faience model of Isis and Horus, from the period 332-30BC, sold for £3,300 and a turquoise faience amulet of Thoth, from the period 664-525 BC, sold for £1,500.

Lots of a Europe origin also stole the headlines, as a group of five late 19th century Meissen porcelain figures, allegorical of the senses, which were made in Germany, sold for the day’s top price, £4,200.

Hungary was the source of an assembled Herend ‘Rothschild Birds’ pattern part table service, with 135 pieces, which attracted keen competition before selling for £3,800 to a south coast bidder.

“Herend is a famous company that takes great pride in the quality of its fine porcelain,” said Caroline Dennard, Halls’ European ceramics specialist. “This porcelain is still manufactured today and sells for a lot of money.”

The modern table service was entered in the auction by a Shropshire vendor who had been collecting pieces over a number of years following an initial gift.

One of the day’s surprise packages was a large, late 19th century Cantagalli Iznik charger, originally from Italy, which smashed its pre-sale estimate to sell for £2,600.

Closer to home, a mid to late 18th century Staffordshire slipware dish, which was in excellent condition and consigned by a West Midlands vendor, sold for £3,300.

Another famous name in the news was Liberty & Co, as a pewter mantle clock sold for £1,650. The clock was a wedding gift to a member of the Shropshire owner’s family in 1927 before they moved to India, where the husband was stationed.

Large dining tables, which traditionally sell well at Christmas for family gatherings, found a buoyant summer market in Shropshire, as three mahogany Victorian and George IV examples sold for between £2,400 and £2,500.

There was also a taker for a 20th century version of a George I Chinese style scarlet lacquer, double dome bureau bookcase, which sold for £120,000 at Halls in 2011. This more affordable, yet still impressive, version found a new home for £1,500.

Other leading prices in the furniture section included £2,400 for a pair of Regency rosewood brass inlaid fold-older card tables and £1,400 for a 17th century style oak four poster bed.

Of particular interest to Shropshire was an industrial patinated iron sculpture of a figure on a scrambler by Madeley sculptor Gerry Foxall, which was signed 1976 and sold for £250. Foxall’s best known work is a large miner’s horse and cart, which is a landmark on the Granville roundabout.

A collection of items relating to Police Constable James Price of the Shropshire Constabulary at the beginning of the 20th century attracted keen interest before selling to an online bidder for £270. Born in 1876, Constable Price died in 1955 and was stationed at Church Stretton, Newcastle and Wistanstow between 1901-’26.

Miss Dennard said it was very rare to find a police uniform, helmet and other items from this period available at auction.

Two Lalique frosted glass models of a pigeon and an owl flew away for a combined total of £470 against an estimate of £180 and a 19th century marine ivory walking cane fetched £280.

Miss Dennard was pleased with the interest generated amongst younger buyers by the auction’s studio pottery and glass section and said she hopes to attract more entries in future.