With a super selection of books as well as the contents of a Welsh castle on offer, there was plenty to excite and entice buyers to Halls Antiques & Interiors auction on 3 February.  There was a great deal of hotly contested lots with over 1000 registered bidders competing online and on multiple phone lines.

Anyone local to Shrewsbury will appreciate the special significance of Charles Darwin to the town, but his Origin of Species is a text of global interest.  In this auction we were fortunate enough to have a second edition of the work from 1860 in fair condition.  With the first edition reaching many tens of thousands of pounds at auction and out of reach for all but the wealthiest of collectors, this second edition represented a terrific opportunity.  Attractively estimated at £1000-1500, fierce bidding on the phones brought the hammer price to £2,900 (£3,480 including premium). 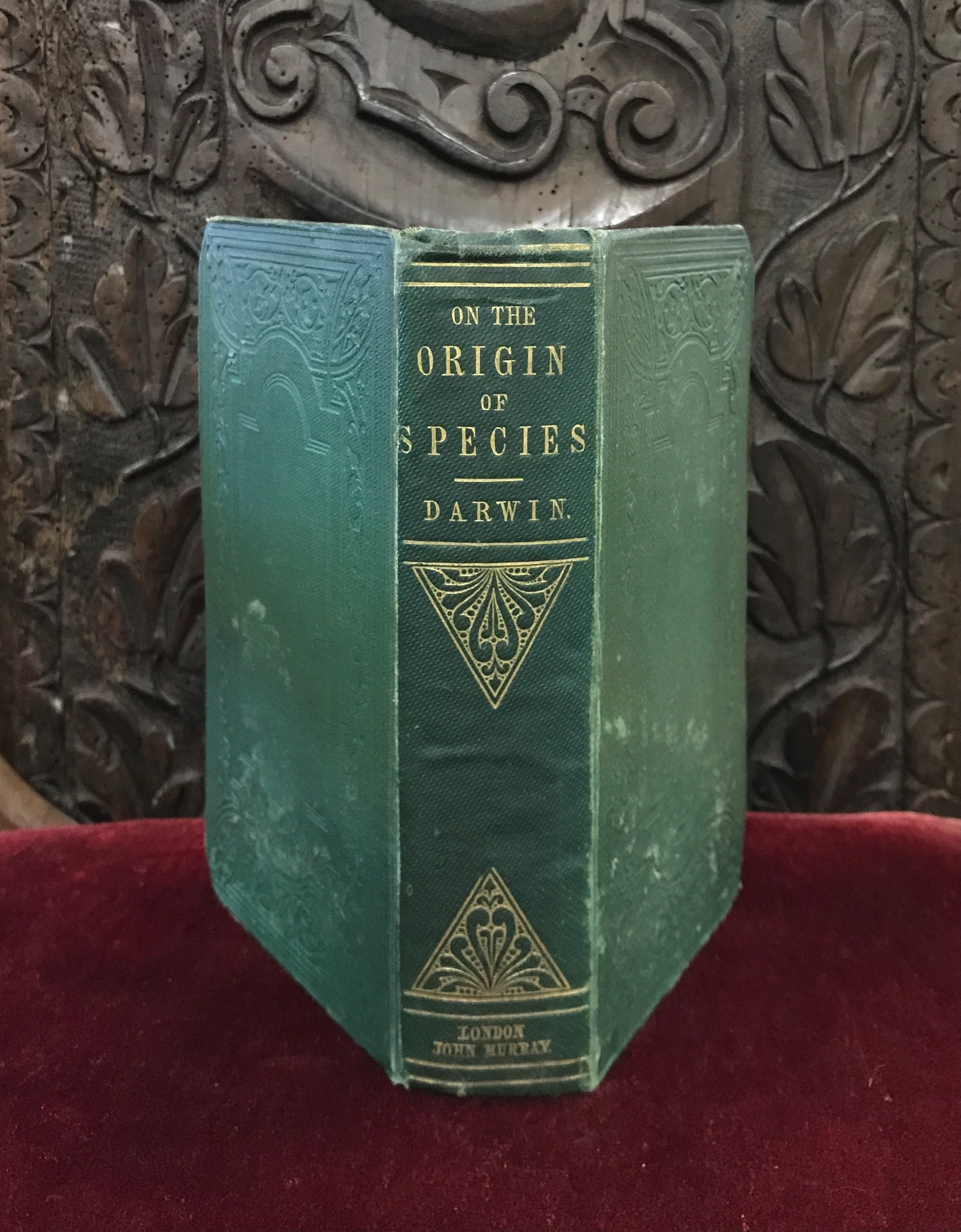 DARWIN, Charles, On the Origin of the Species, 2nd edn, 5th thousand, 1860.
Adverts at end dated January 1860. Original dark green cloth gilt. Freeman 376 variant a. Bookplate of Charles Jenner on front pastedown, with his pencil ownership inscription at the head of the title page.
Charles Jenner (1810-1893) was the founder of Jenners, the world-famous department store on Princes Street, Edinburgh.
Sold for £2,900

Another world famous book, Kenneth Grahame’s The Wind in the Willows, had been given the magical touch of E.H.Sheppard, famous for his Winnie the Pooh illustrations, in a special limited edition of 200 in 1971. Consigned during a valuation day, the example offered in this auction was in splendid condition with its original slip case.  The estimate of £300-500 was quickly exceeded in the saleroom, taking the auctioneer all the way up to £1,200 (£1,440 including premium). 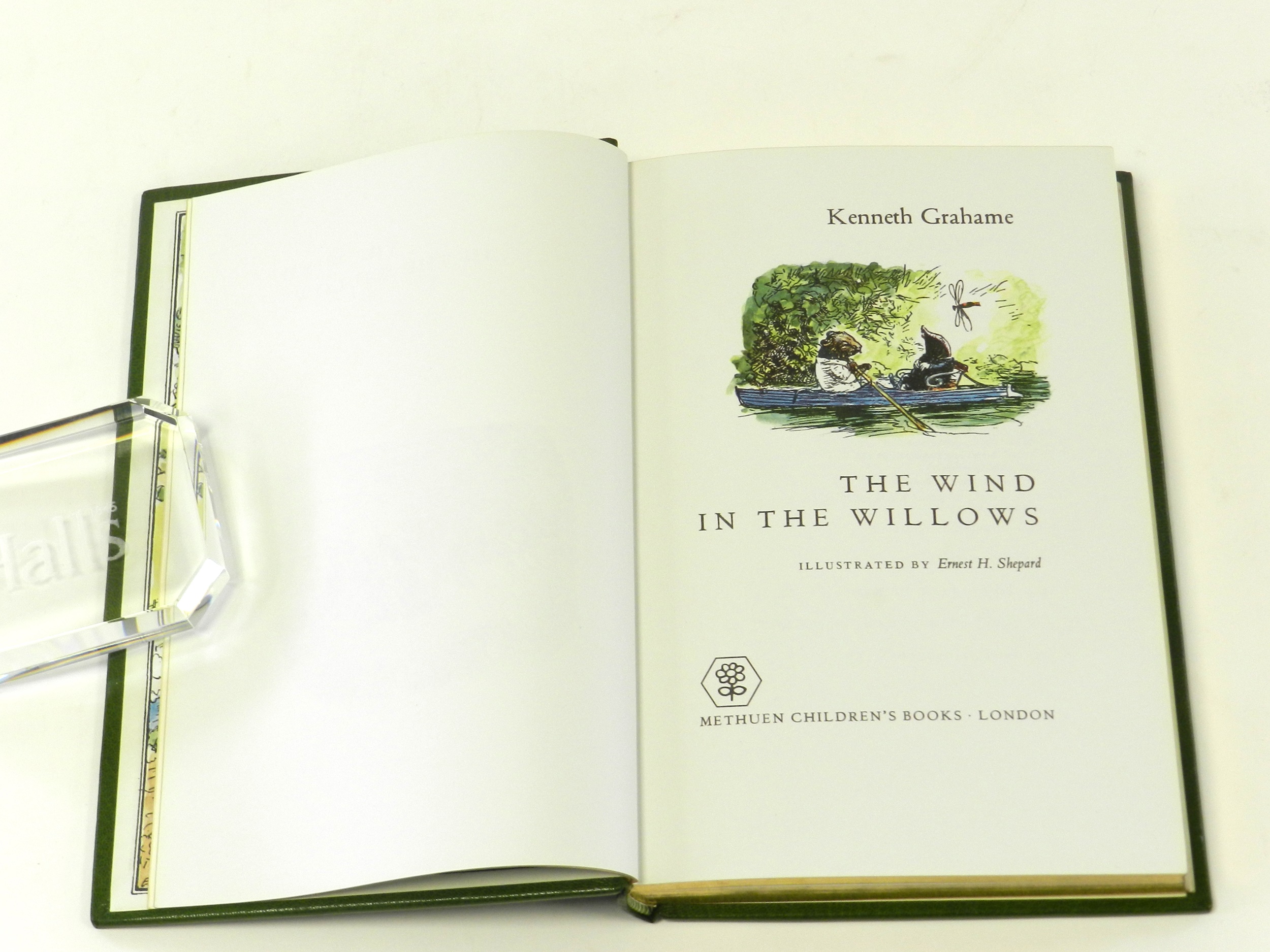 Among other highlights in the book section were a first edition of John Wyndham’s The Day of the Triffids which achieved £500 against a £200-300 estimate and two folio volumes from 1815 by Robert Bowyer, chronicling events in the annals of Europe which made just over top estimate at £1,100.

When the owner of Castell Gyrn near Ruthin in North Wales approached Halls with a view to selling its contents, specialist Alexander Clement could see a unique opportunity.  Here was a collection of handmade, bespoke and luxury furnishings, works of art and curiosities all under one rather significant roof.  Built in 1977 by architect John Taylor, Castell Gyrn is an imposing structure and had been lovingly refurbished by Halls’ vendor and fitted out with furnishings by Clive Christian, Charles Barr and Andrew John Lloyd among other designers. 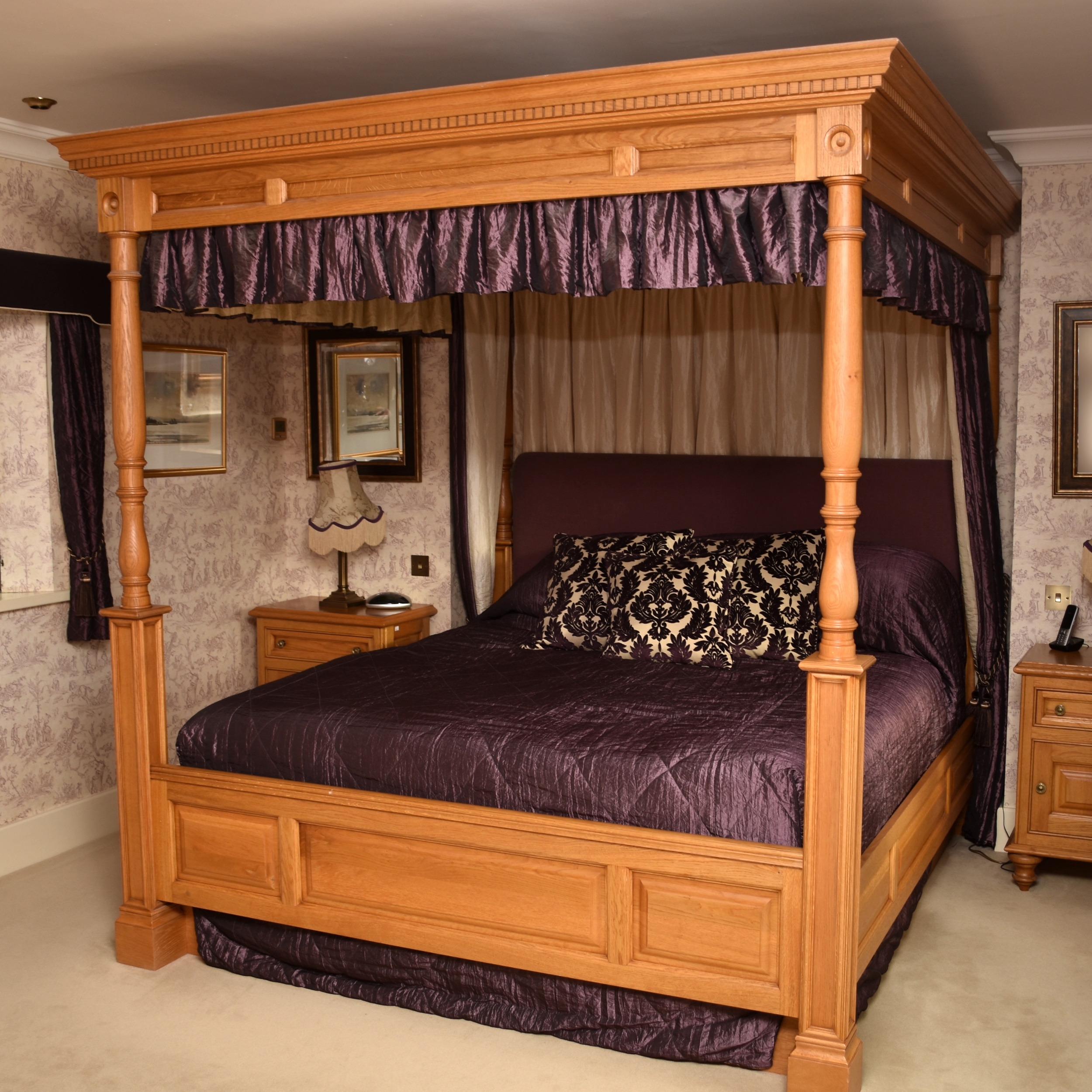 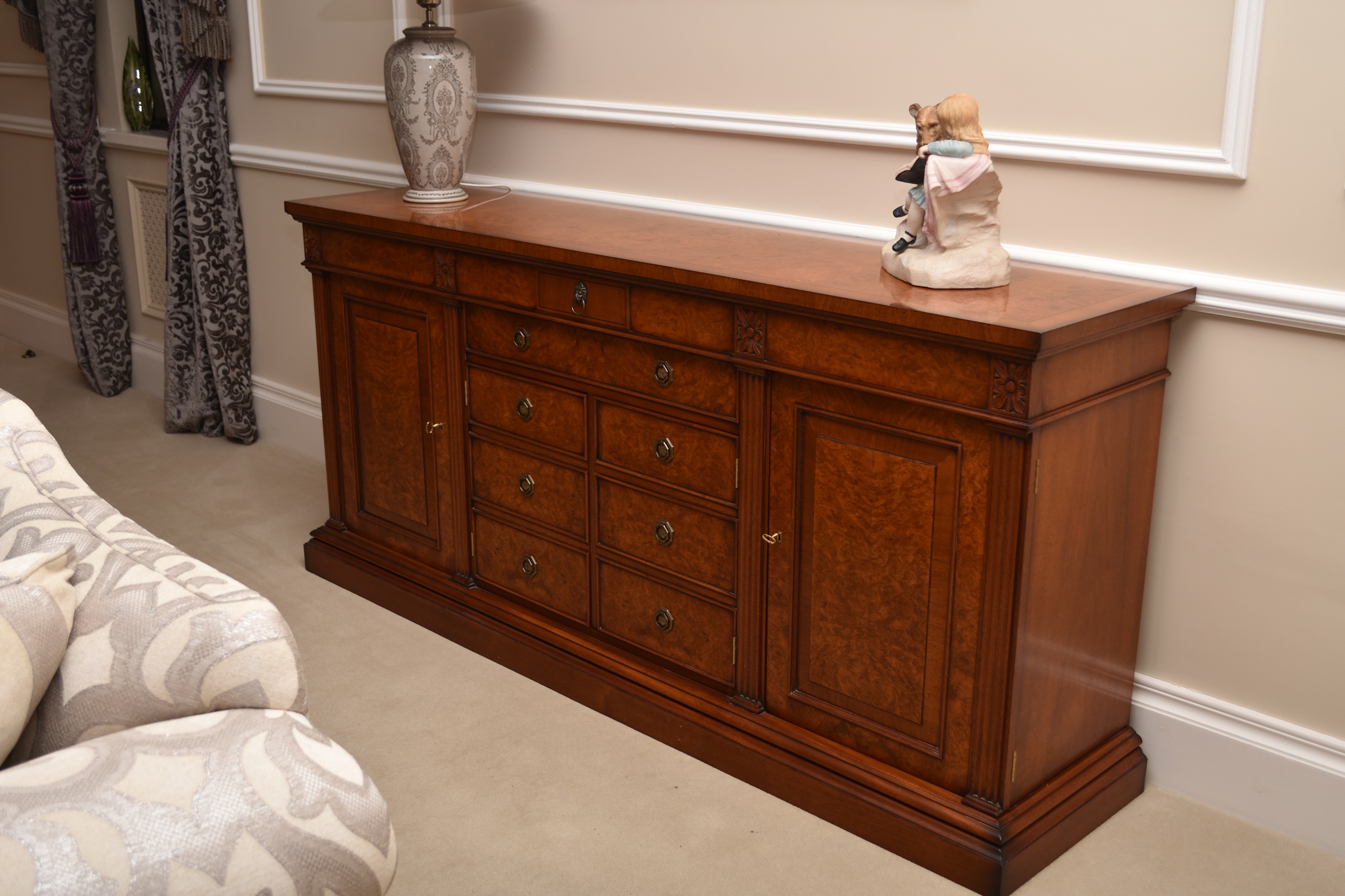 The most viewed and talked about item from the whole collection, though, was a Simon Winter carved stone near life-size figure of a recumbent ram.  With no auction precedent the artist was untested on the market and estimated accordingly at £200-400 but intense online and telephone bidding brought the price up to £2,100 (£2,600 including premium). There were excellent prices in other sections of the auction including a large bronze figure of an owl after Jules Moigniez which sold for £1,200 against a £200-300 estimate.  In the picture section, a drypoint etching from the hand of William Wyllie depicting RMS Lusitania leaving Liverpool which sold for £650 (estimate £200-300) and an oil on canvas harbour scene by James Power more than doubled its top estimate, also achieving £650, demonstrating the continued strength in 20th century British art.  A rare Staffordshire figure of Madame Maria Malibran from 1836 was a top lot in the ceramics section, defying its restored condition to sell for £320 against a £60-80 estimate.  And diamonds were the gem of choice with a single stone ring achieving a double-estimate £650 and the top spot for the jewellery department. 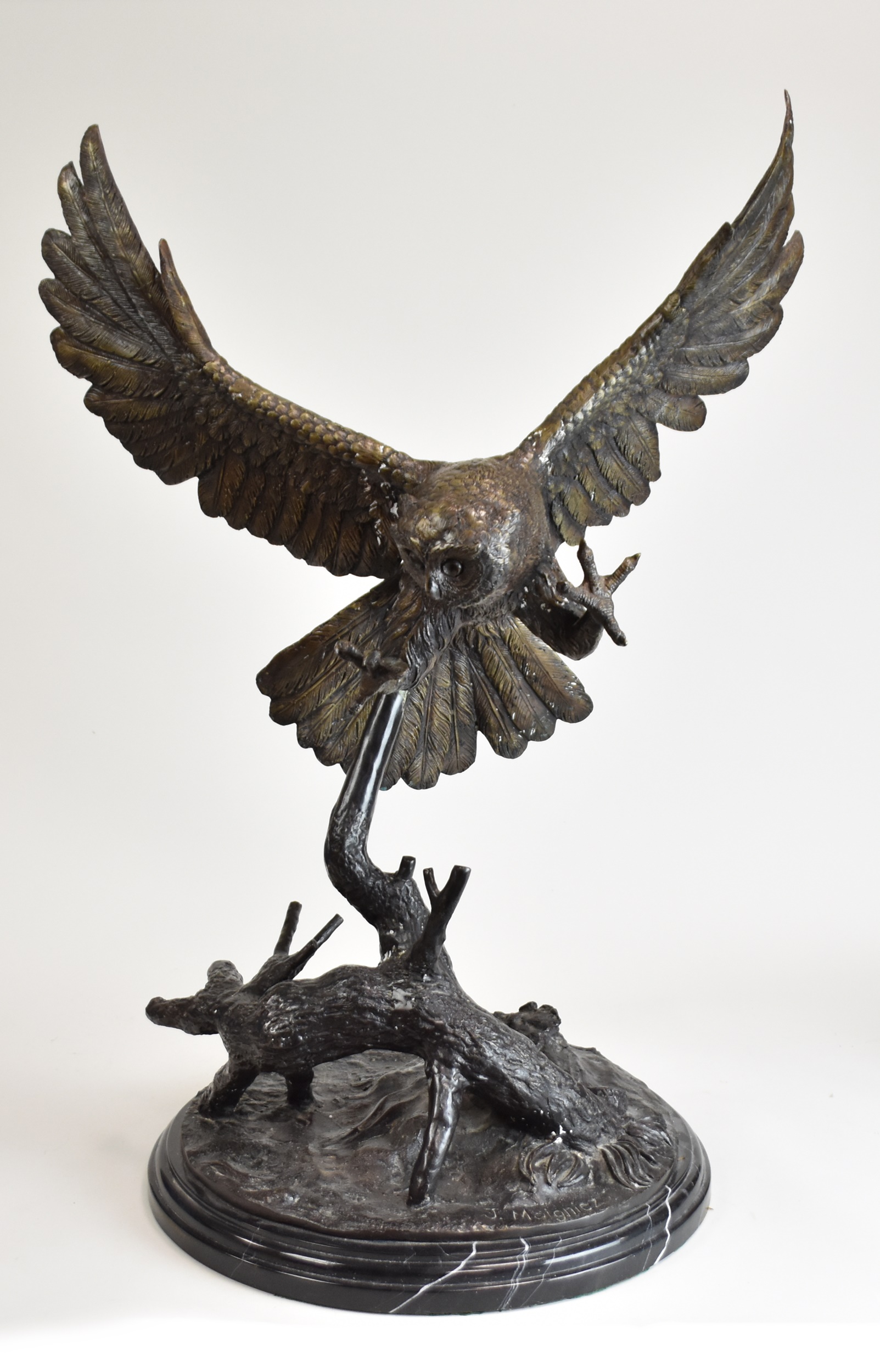 After Jules Moigniez, Great Horned Owl, first half 20th century,
A very large bronze figure of an owl perched on a branch, 84cm high.
Sold for £1,200

In the current climate we were understandably nervous about how the auction without room bidders was going to go but we were equally confident that the high volume of good quality lots in the auction would attract a wide range of buyers and some exciting bidding! We weren't wrong!

including the Contents of Castell Gyrn
Wednesday 3rd February 2021 10:00

Get in touch with our team of specialists today if you require a valuation for auction, probate or insurance purposes, or would like advice on your collection.
Tel: 01743 450 700 / Email fineart@hallsgb.com or use our online valuation form below