Our next auction is set to be a super sale for wildlife art enthusiasts and collectors as Halls Fine Art are delighted to be bringing to auction a significant private collection of wildlife art.

Britain has long been known as a nation of animal lovers. Therefore it is no surprise that wildlife art has become a specialist market in itself and at Halls we have found that this to be a dynamic discipline with strong demand for works from the 17th Century to the present day.

Humans have always found fascination and enjoyment in representing the natural world, from the very beginnings of art itself as seen from the animals painted on the walls of caves tens of thousands of years ago. The human race has always used art as a method to make sense of the environment around them, interpret their surroundings and reflect upon their place in the world. This is just as true for artists today as it was in the past.

The development of photography led to a change in the art world as a whole, forcing artists to adapt the way in which they worked to remain relevant, whilst also opening up the opportunity for greater freedom to explore new ways to paint and draw. For wildlife artists this meant they could move beyond scientific recordings of animals and could create paintings for their own sake, experimenting and pushing the boundaries of traditional art representation.

One of the most successful wildlife artists of the 20th century was Cheshire-born Charles Tunnicliffe (1901-1979), who is widely hailed as Britain’s most celebrated bird painter. His work is valued not only for its accuracy but for the naturalistic manner in which he portrayed animals engaging with their surroundings. He was a retiring character who prided himself on his romanticised rural image as a simple country lad. His modest, earthy and pragmatic personality infused his artistic style, which had an immediacy and a frankness that still strikes a chord with collectors. Tunnicliffe was a firm believer in taking his notebook out into the field to draw en plein air, he immersed himself within the natural world and his love for the countryside and rural life permeated all of his artworks. 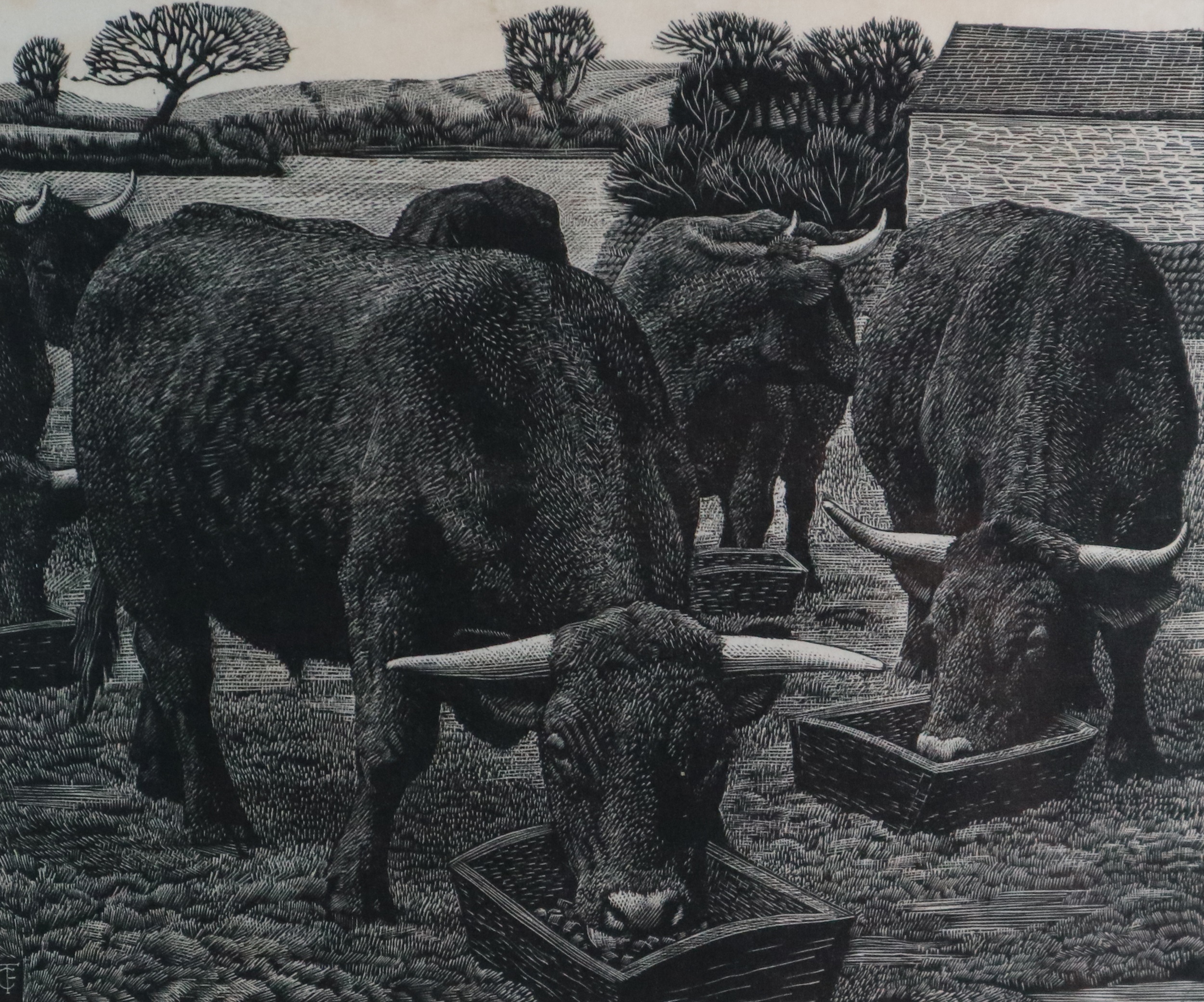 Tunnicliffe’s earlier career began as an etcher, representing country scenes that he saw in his daily life, with startling clarity that never sugar-coated the realities of farming life, whilst also portraying his love for his country roots. Following the Wall Street Crash and the decline in demand for etchings at the time, Tunnicliffe’s focus switched to bird and wildlife paintings becoming most widely known for his illustrations for Ladybird Books and for the RSPB magazines and publications. He had a true skill in being able to successfully portray his subjects in movement, engaging with their environment rather than as static scientific studies. There is an intimacy in his work that captures the essence of animal, maintaining their ‘wildness’ rather than portraying them as captive, subdued subjects. 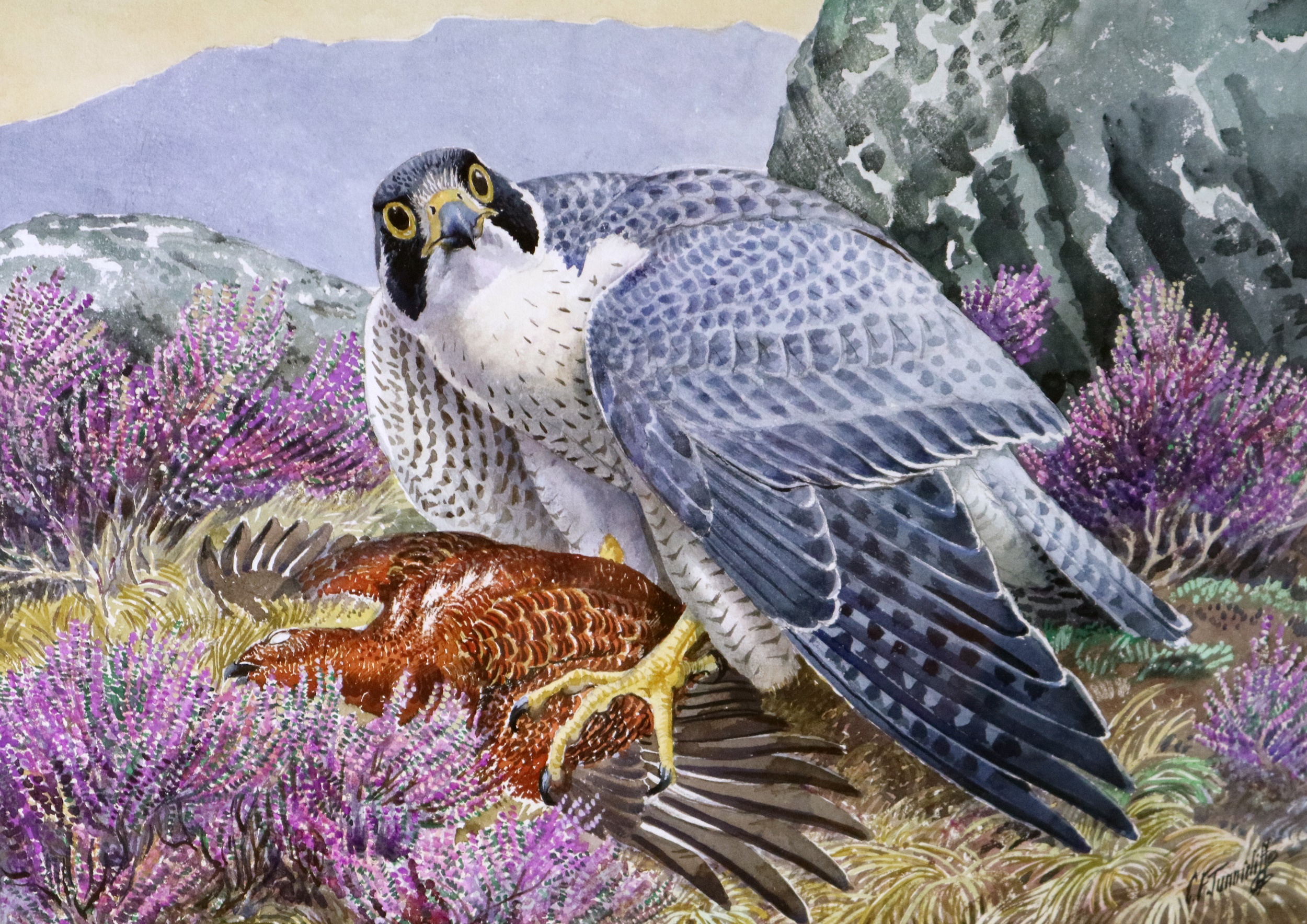 Artworks by Charles Tunnicliffe are highly sought after at auction and Halls are delighted to have consigned a significant private collection of over 45 lots that represent the full spectrum of Tunnicliffe’s range including watercolours, preparatory drawings, etchings, woodblock prints and book illustrations. The vendor spent 30 years carefully sourcing and purchasing rare Tunnicliffe pieces to put together a wonderfully representative and stunning collection that showcases the extensive skill of the artist who turned his hand to many different mediums. It is rare for such an extensive collection to come to the market at once, with prices ranging from £150 up to £4,000 there really is something for everyone and it will be every wildlife art collector’s dream. All of the Tunnicliffe pieces will be sold at the beginning of the Autumn Fine Art auction on 15th September.

“My personal highlight of the collection is a wood engraving from 1935 that Tunnicliffe designed to advertise Bibby’s Rapid Fattening Cakes, a really beautifully executed image and there is only one known proof of this print known to exist- this one! Wood engravings are some of the most highly prized of the artist’s prints and there is sure to be a lot of interest in these most rare examples”, Picture Specialist Abigail Molenaar

Other highlights from the collection include a substantial group of paintings by local favourite Terence Lambert (b.1951), orientalist inspired watercolours by Richard Barrett Talbot Kelly (1896-1971) and Eric Ennion (1900-1981) as well as classically charming animal paintings by the famous children’s illustrator Eileen Alice Soper (1905-1990).

The Autumn Fine Art auction at Halls boasts a very exciting catalogue of wildlife and sporting artworks ranging from traditional 19th Century British hunting and equestrian works, exotic landscapes from the plains of Africa, the highlands of Scotland as well as the rocky crags and heights of the Eyrie. The Autumn Fine Art sale which includes all the Charles Tunnicliffe works on the 15th September. Please do get in touch with Paintings Specialist Abigail Molenaar for further information. 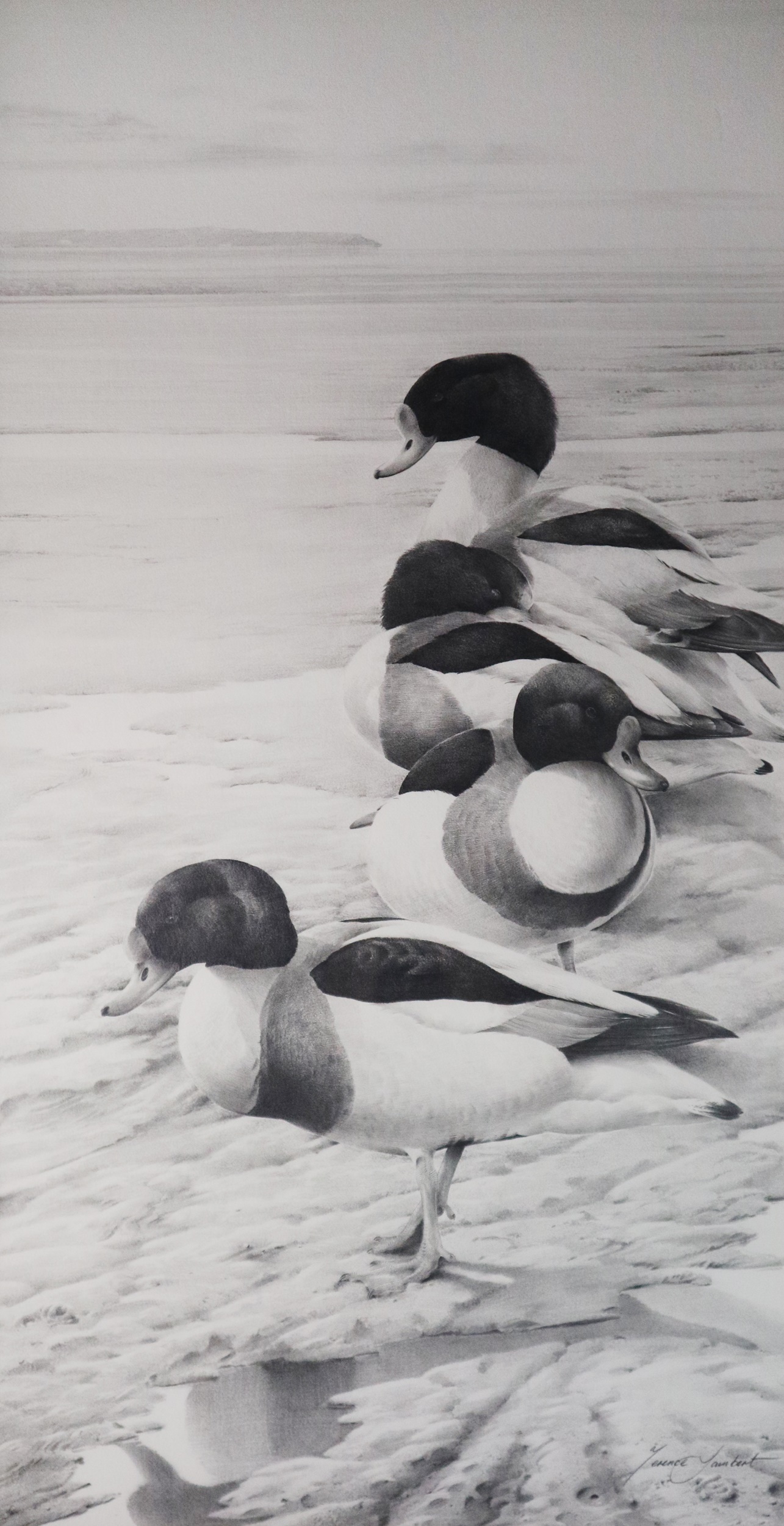 For any further information about these lots, please contact Abigail Molenaar: