Watercolours and oil landscapes in demand at Shropshire auction

Watercolours and oil landscapes in demand at Shropshire auction 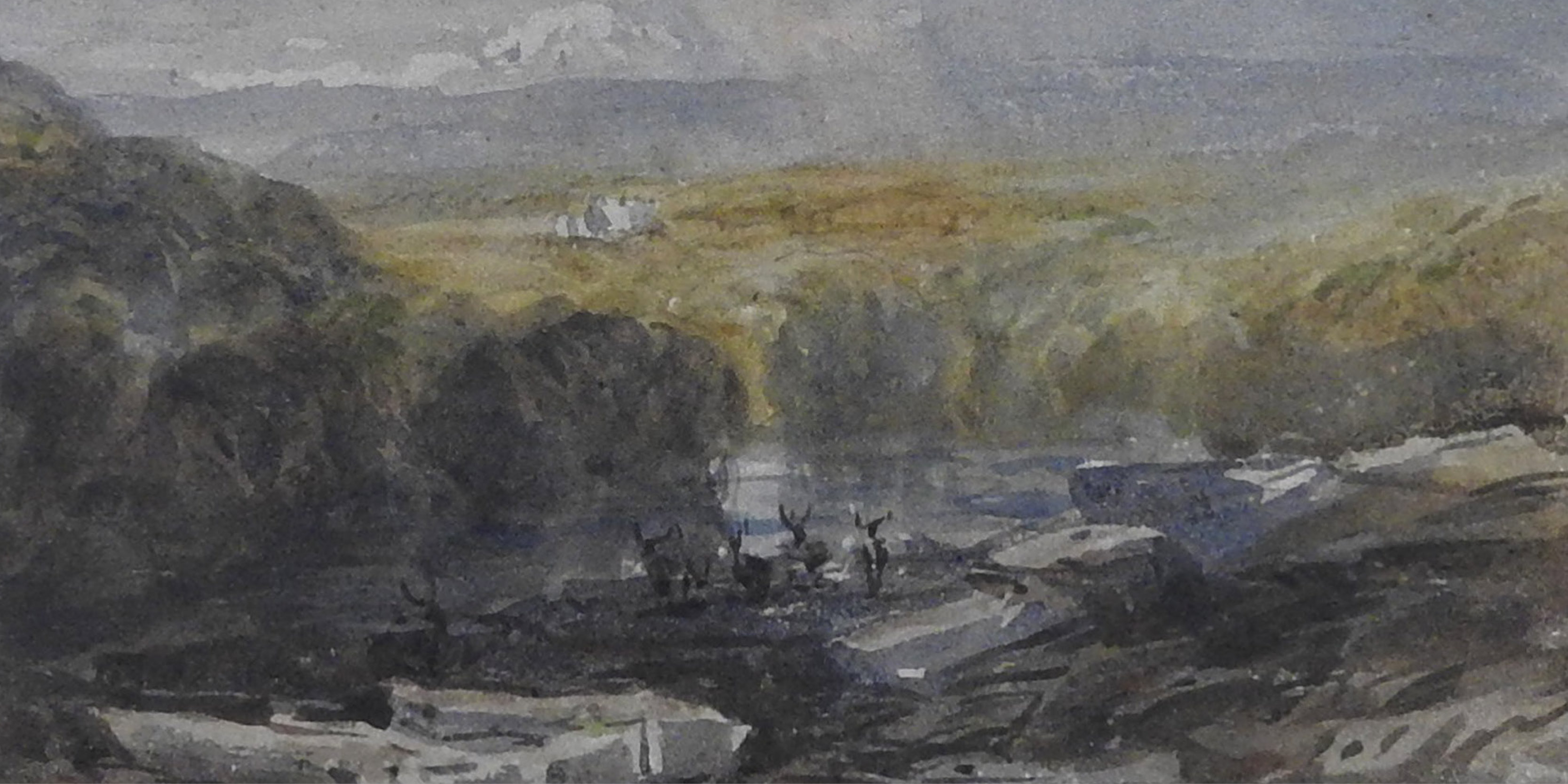 Watercolours by named artists and oil landscapes even by lesser known artists were in demand at a successful pictures auction in Shrewsbury last week.

A watercolour by David Cox (1783-1859) of deer beside a lake sold for £1,500 while a 19th century English School charcoal and watercolour of figures on a bridge made £1,450 at the auction held b fine art auctioneers Halls.

A watercolour over pencil by Cecil Arthur Hunt (1873-1965) of Arisaig Bay on the west coast of Scotland found a new home for £440 and a watercolour by Jack Orr (1890-1961) of an elderly cockerel giving his young chick the benefit of his experience sold for £420.

In the oil paintings section, a late 19th century British School half-length portrait of a lady wearing a lace bonnet and a purple dress sold for £700, an 1874 work by Walter Wallor Caffyn (1845-1898) of a sportsman standing in woodland with an extensive landscape beyond made £540 and a late 17th or early 18th century English School work of a young boy with a parrot and a river scene with ladies mending nets by Dutch artist Gudron Sibbons (born 1925) sold for £400 each.

James Forster, Halls’ picture specialist, was delighted with the interest generated by the auction which, he said, demonstrated buyers’ appetite for watercolours by named artists and oil landscapes even by lesser known artists.

He reiterated that quality 19th century works, whatever the medium, were selling well and felt this was an indicator that buyers were returning to a market which had been neglected over the last decade.

“This auction demonstrated that quality oils and watercolours in the more tradition taste – for example pre-war and 19th century – are selling well if condition is good and they are by a known and well listed artist,” he added.

“I was delighted to see a mix of private and trade buyers in the saleroom and online.”