Watch specialist Alexander Clement looks at a special version of this iconic chronograph wristwatch, and why it just might be your 'grail' timepiece.

For some enthusiasts, the Omega Speedmaster is a 'grail' watch, i.e. the ultimate timepiece that they would dearly love to own.  This is due, in part, to its classic design but also to its place in history as the watch of choice for NASA astronauts, being one of the few watches officially certified for use in space.  It was worn during the first American spacewalk and also on the lunar surface during the Apollo 11 mission.  For this reason, it is sometimes referred to as The Moonwatch. 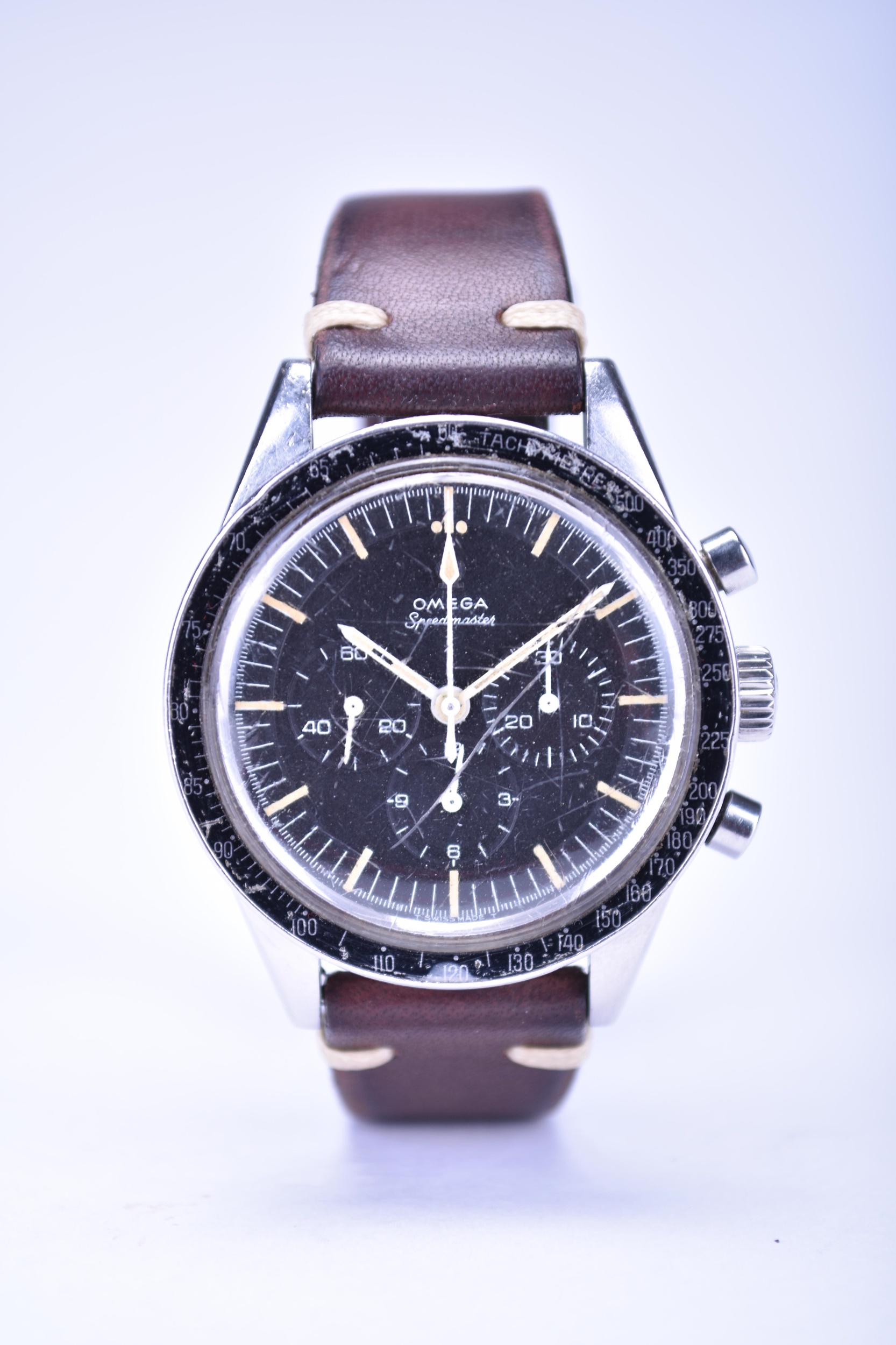 Chronograph watches - timepieces with an independent hand designed to record lapsed seconds and be reset - had existed since the 19th century but the inter-war period saw the development of the multiple dial chronograph wristwatch, able to count seconds, minutes, hours and even fractions of seconds, that we would recognise today.  Since then, a multitude of chronographs have entered the Pantheon of wristwatches, each becoming highly collectable and instantly recognisable.  The addition of tachymeter bezels or dial tracks added further functionality, giving the user an instant measurement of speed.  This gave such watches a particular attraction to the track sport and motor racing industries.

Omega introduced the Speedmaster wristwatch in 1957, consolidating its then role as official timekeeper for the Olympic Games.  The first model, known to collectors as the 'broad arrow', due to the shape of the hands, set the pattern for all the successive iterations with only minor modifications.  The dial layout with its three registers, luminous baton hour markers, and the external tachymeter bezel, would all feature in future models.  The shape of the hands changed in 1959, along with the bezel now being black aluminium to make it more readable, with a further change to the hand shape in 1963 to straight batons which remained as the standard form to the present day.  Of these two last versions, referenced 105.002 and 105.003, it is the latter that became known as the 'Ed White'.  But who was Ed White, and why did the watch take on this nickname among collectors? 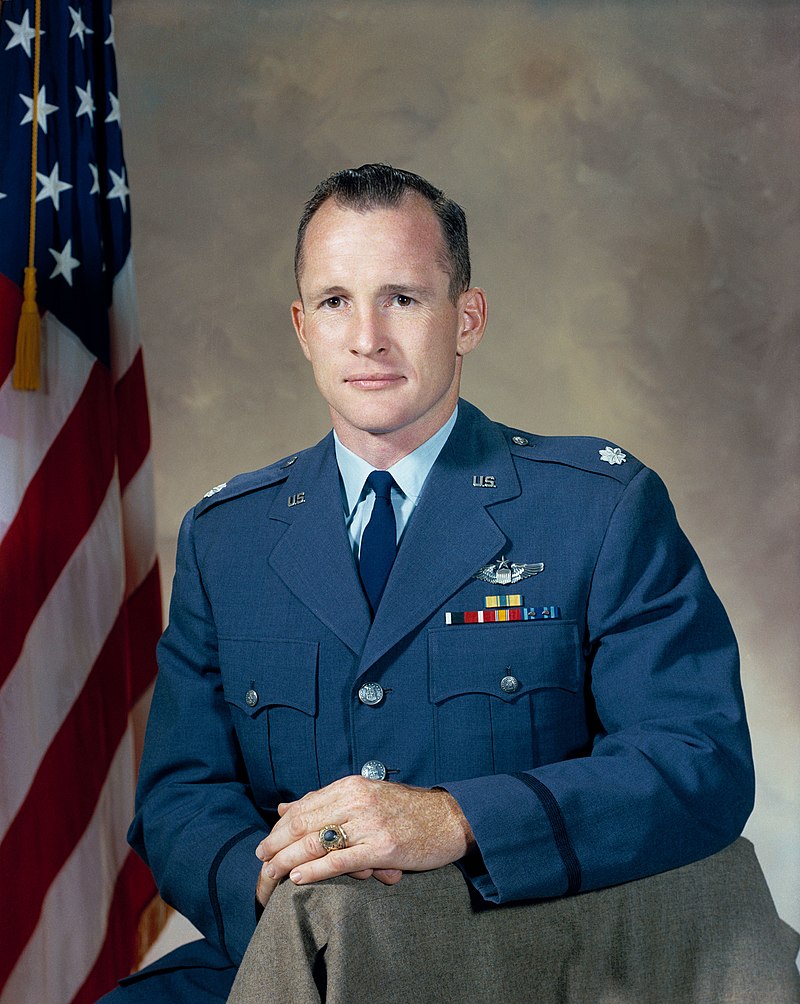 Edward (Ed) Higgins White (1930-1967) was a United States airman, test pilot and NASA astronaut.  He was one of a select few pilots selected for the Gemini and Apollo missions and it was during the Gemini 4 flight of 1965 that he became the first American to walk in space.  Known as an EVA (extra-vehicular activity), this meant leaving the safety of the orbiting capsule to move around freely in space.  During this mission and his EVA, Ed White was wearing an Omega Speedmaster.  The choice of this watch had been decided by NASA following a series of tests that had been carried out to find the best chronograph for use during space missions. 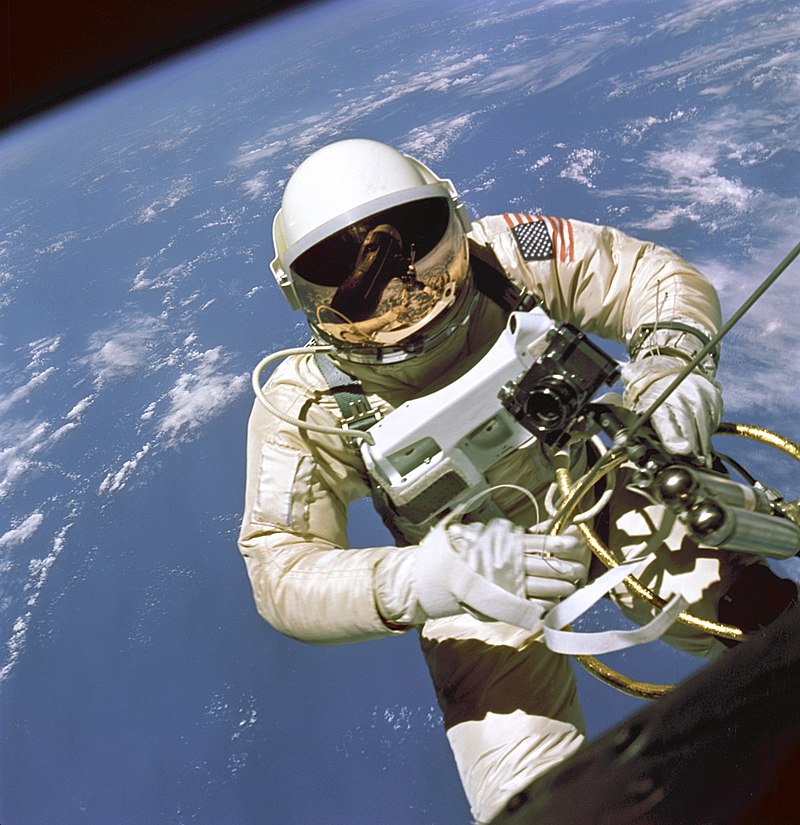 The tests started in 1964 when NASA operations director Deke Slayton began the search for a chronograph wristwatch that could withstand the rigours of space exploration.  He petitioned ten manufacturers to submit a chronograph wristwatch for testing and of those, four firms responded: Rolex; Hamilton; Longines-Wittnauer; and Omega.  Ten benchmarks were set against which each watch was evaluated, and these measured extremes of pressure, temperature, acceleration, shock, vibration and noise.  The only timepiece that passed all ten criteria was the Omega Speedmaster. 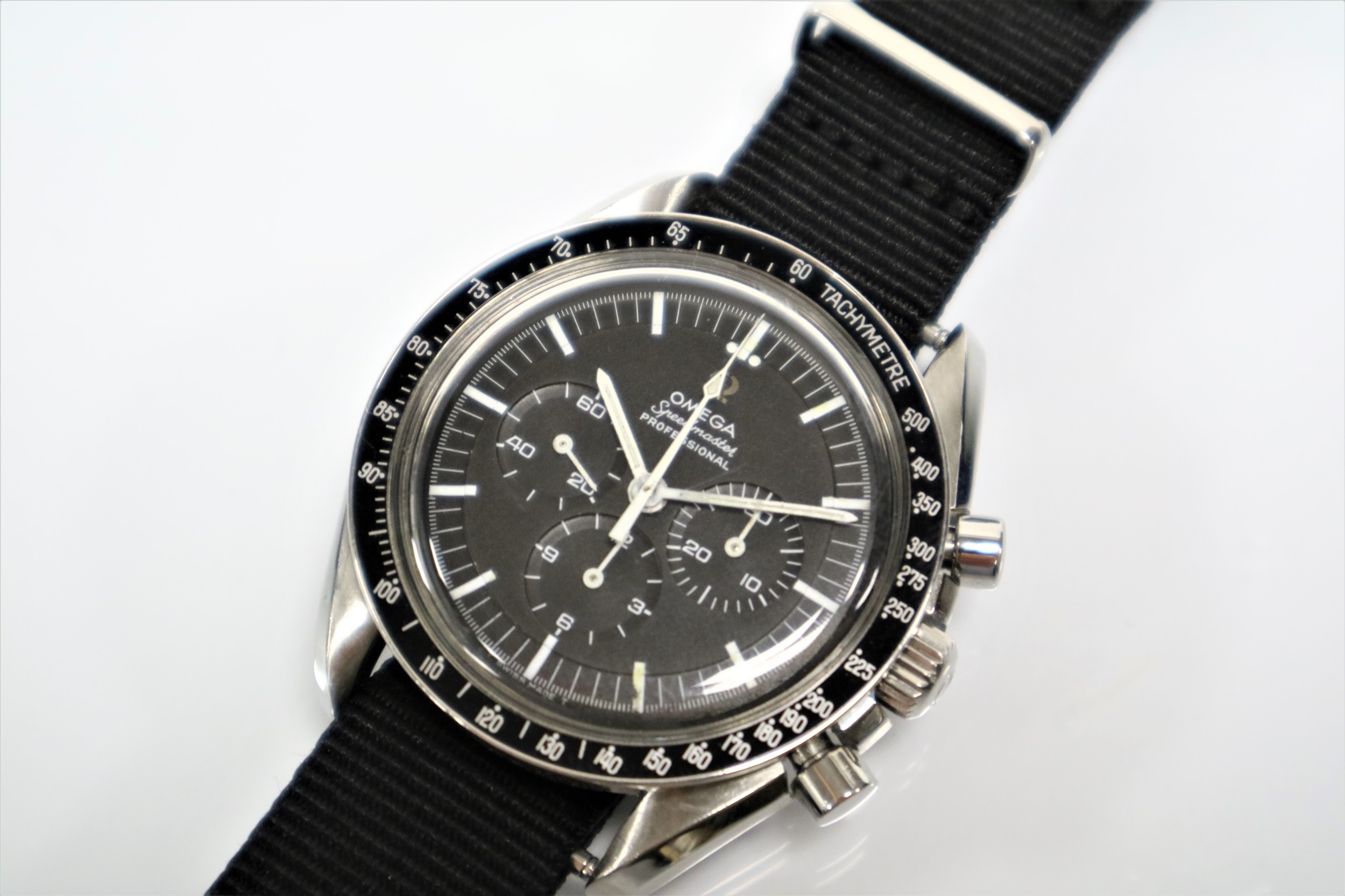 Shortly after Ed White’s historic EVA in 1965, Omega applied a new designation to the Speedmaster chronograph – Professional, owing to its NASA accreditation.  Consequently, the pre-professional version made between 1963 and 1965, reference 105.003, became known as the Ed White and carries a much greater interest and value to collectors today.