The Beatles top the charts at Christmas collective auction

The Beatles topped the charts again yesterday (Wednesday) as a set of the Fab Four’s autographs claimed the highest price at successful Christmas collective auction in Shropshire. 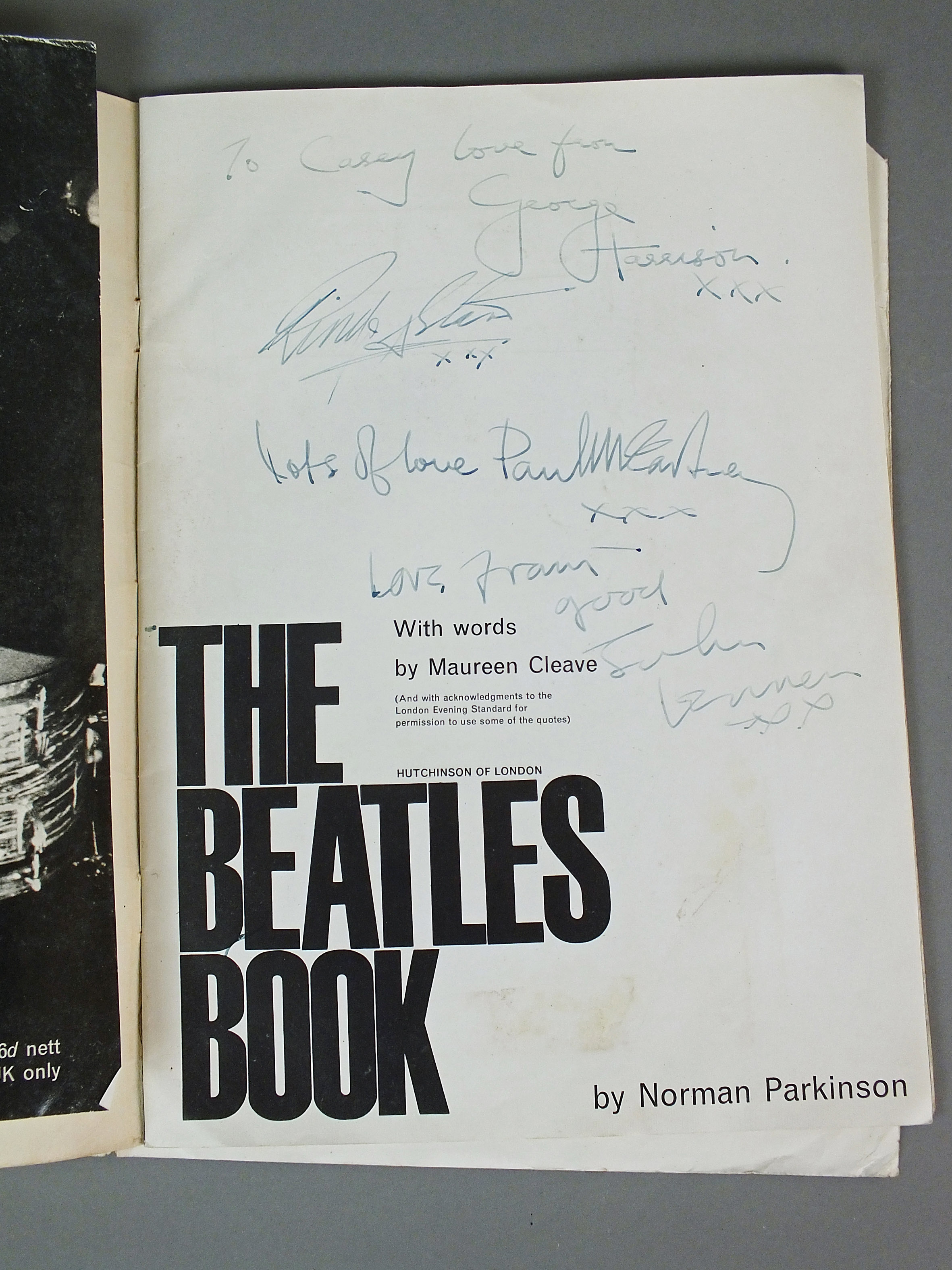 The Beatles topped the charts again yesterday (Wednesday) as a set of the Fab Four’s autographs claimed the highest price at successful Christmas collective auction in Shropshire.

The autographs were obtained by the North Shropshire vendor’s father whilst he was working as chief make-up artist on the Fab Four’s film ‘A Hard Day’s Night’.

A set of autographs from the original line up of the Rolling Stones did not hit the same high note, however. The signatures, which were obtained in Willenhall, near Wolverhampton on February 4, 1964, sold for £550.

The auction was full of Christmas cheer as a small collection of vintage port and wine from a Shropshire country house sold for £4,000. Top priced lot comprised 11 bottles of Quinta do Noval and one large bottle of Fonseca vintage port from 1966, which sold for £950.

One of the biggest surprises of the day was a gentleman’s stainless steel Longines Serbian military watch, retailed by Milan T. Stefanovich, Belgrade, which sold for £2,800. The watch was decorated on the back with double headed eagle, coat of arms of Serbia, Croatia and Slovenia and King Alexander I.

The final lot of the 631-lot auction also captured the imagination. Reputed to have once graced Lilleshall Hall in Shropshire, a large and ornate carved oak chimney piece with 17th century elements, race away from its estimate to sell for £2,300.

Halls’ fine art director Jeremy Lamond was delighted with the auction result. “There was strength in all areas of sale and welcome signs that demand for some brown furniture is reviving,” he said.

“The pre-Christmas drinks market was very strong, as expected, with the collection of port selling particularly well.”

The ceramics section produced several highlights, including an 18th century Sevres porcelain ewer and basin at £1,600 and a large 1885 Doulton Lambeth faience floor vase painted by Mary Butterton and a Royal Worcester two handled vase painted by Harry Davies at £1,050 each.

Works of art were prominent in the form of a bronze and ivory figure Lazzarone, the accordion playing boy with gilt hat band, by Demeter H Chiparus (1886-1947), which sold for £2,100 and a Lalique frosted and moulded glass Bacchantes vase at £2,000.

Other notable results included £1,800 for a mid-18th century Dutch burr walnut eight-day longcase clock by William Redie, Inventeur, Amsterdam and £1,000 for a large collection of British, Commonwealth and Foreign silver.