Specialist Abigail Molenaar puts the spotlight on the artist and two of the four pencil and watercolours up for sale in The Spring Auction next month.

When walking through a high street in any town or city, crossing under a railway bridge or eating a sandwich on a park bench, one will almost always encounter pigeons. Whilst these grey, cooing, often unkempt looking birds are frequently considered a bit of a pest, particular ‘fancy breeds’ of pigeon can fetch staggering sums not just when buying live birds from prize breeders but also when represented in art form.

Wildlife and ornithological art is a prominent and prosperous area of the paintings and prints department at Halls Fine Art and one artist in particular is consistently achieving record sums at auction. Charles Frederick Tunnicliffe (1901-1979) grew up in rural Cheshire and spent much of his working life in Anglesey. A bit of a recluse, he lived and breathed the natural world and his stunning watercolour paintings of birds make him one of the most celebrated wildlife painters of the 20th Century. He sketched obsessively and each final piece would have already been preceded by numerous preliminary drawings and practice paintings before he was finally satisfied with a composition. His aim was to try and capture as much life on the page as he could, to capture the behaviour and the character of the bird he was studying.

In the 1950s and 1960s Tunnicliffe created hundreds of ‘fancy pigeon’ paintings showcasing rare and prized breeds for a series intended to be published in a definitive book on behalf of his friend Thomas Forshaw, who was a fancy pigeon breeder himself. Tunnicliffe visited countless fine breeder collections to observe the birds and also travelled around many of the rural agricultural events such as the Royal Welsh Show to seek out award-winning breeds for his studies. 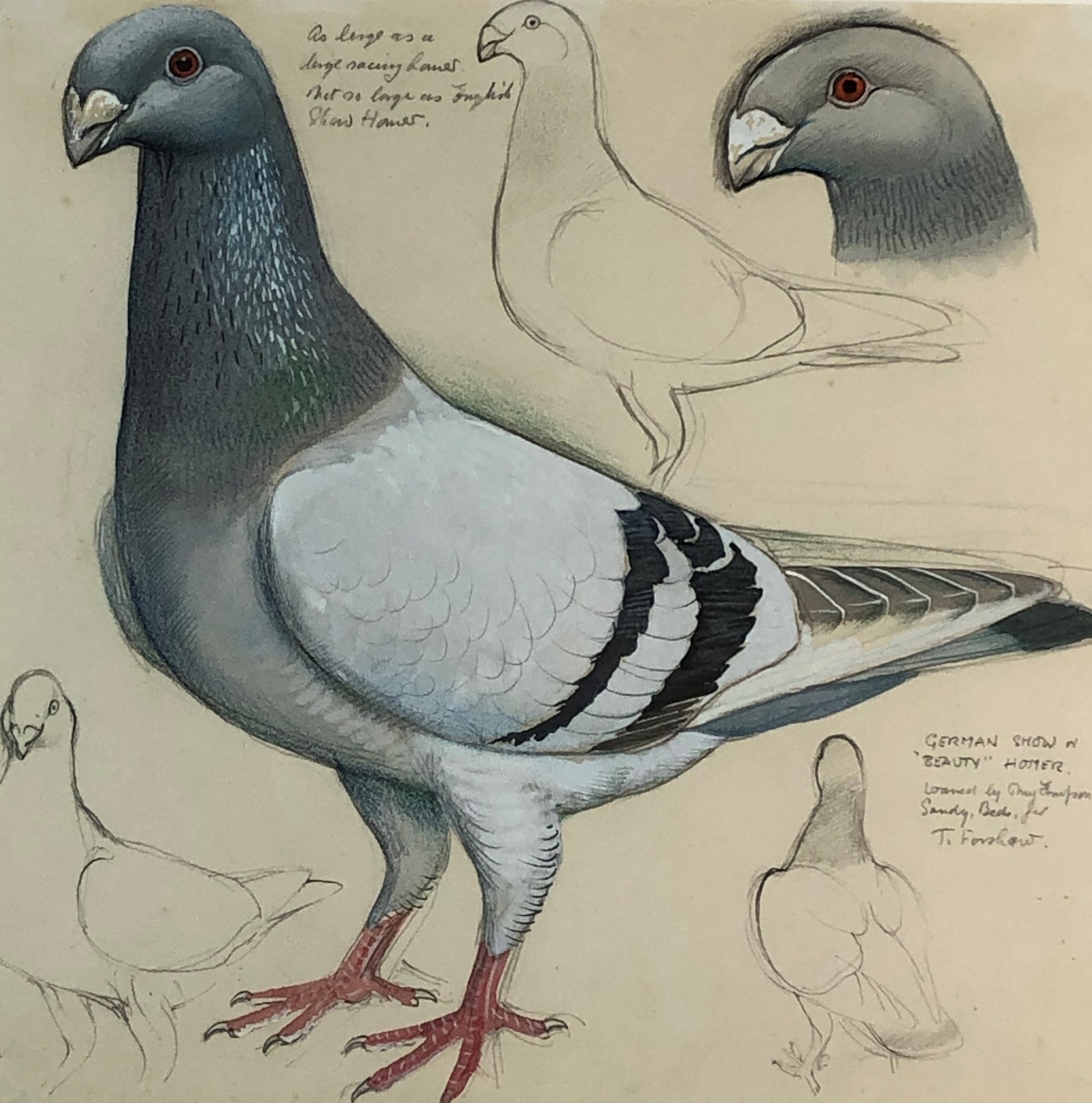 Coming up for auction on the 23rd of March are some stunning examples from the Forshaw Fancy Pigeon series including a luminous white male Ptarmigan and a German Show Homer from a private collection in Anglesey both estimated at £400-£600. Beautifully depicted in Tunnicliffe’s classic naturalistic style and with hand-written annotations, they are stellar examples of their breeds. Tunnicliffe has become a regular feature at Halls Fine Art auctions, with a single owner collection in September selling in excess of £50,000. For ornithological and wildlife collectors, the Fancy Pigeons are always highly sought after and often fetch four figure sums at auction.