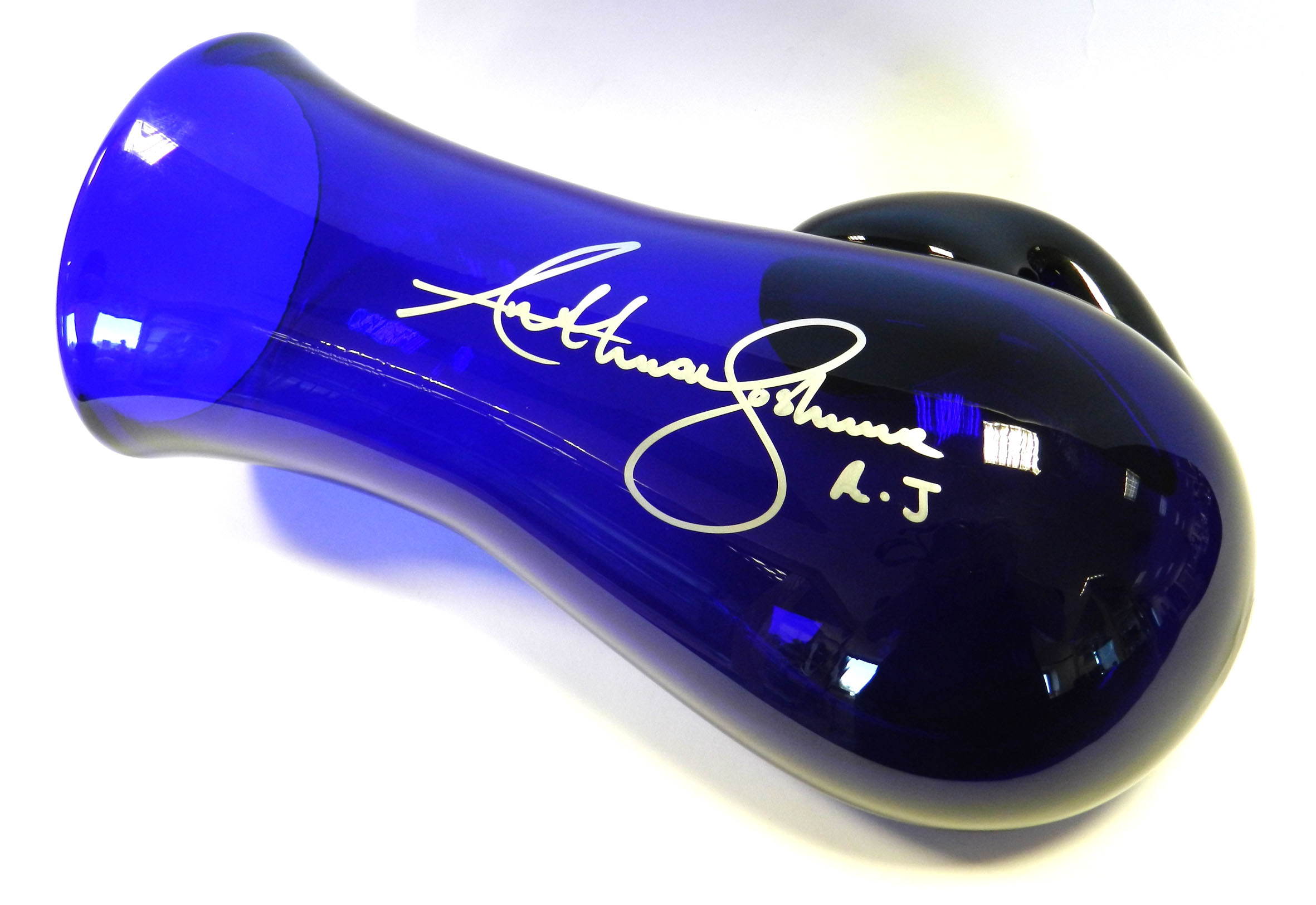 A rare glass boxing glove signed by unified world heavyweight champion Anthony Joshua proved a knockout success when it went up for auction in Shrewsbury.

Former world boxing champion Richie Woodhall put the Bristol Blue glove up for auction at Halls, where it sold for £550, with all the proceeds going to a young leukaemia patient’s appeal fund.

For the past 18 months, Woodhall has been selling his collection of boxing memorabilia with Halls to raise money for cancer charities in memory of his late father, Len, a boxing coach.

The glass glove, made especially for Woodhall during a tour the Bristol Blue factory, achieved the top price of the collection to date. The money will go towards an appeal for a mobility car for five-year-old Liam Finazzi, from Malinslee, Telford who uses a wheelchair.

Joshua recently added the WBA (Super) and IBO titles to the IBF title, which he already held, by beating Wladimir Klitschko with an 11th round stoppage in London.

“I thought it would do well after Anthony won that big fight with Klitschko,” said Woodhall, who has known Joshua since helping him prepare for the London Olympics in 2012.

“Anthony had asked me how the auction went and he was delighted when I told him the news. It’s a really good cause and I hope the publicity will encourage other people to support the appeal.”

Halls’ fine art director Jeremy Lamond said he was delighted with the price achieved at auction for the glass glove and looked forward to continuing to sell Woodhall’s boxing collection for his cancer charities.