Saleroom opens window to life through the ages

Saleroom opens window to life through the ages 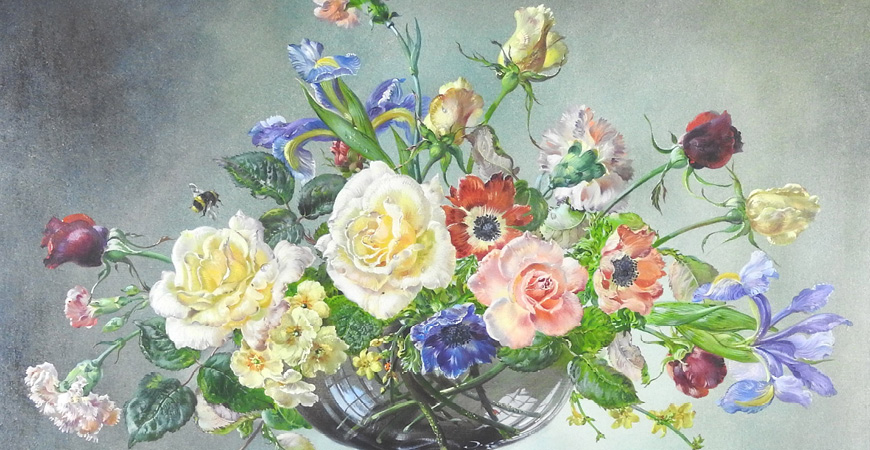 A trip to a fine art auctioneer’s saleroom is a history lesson and Doctor Who-type time travel experience all rolled into one. Interesting lots spanning many centuries are assembled together to provide a glimpse of life through the ages.

What fascinating tales these pieces could tell if only they had a voice. But that’s where the specialist knowledge of the auctioneers comes into its own with their catalogue descriptions and lot provenance.

The next fine art, silver and jewellery auction on October 18, is a perfect example of British and European life through the centuries.

The medals section, especially, harbours stories of courage, bravery and heroic actions of soldiers in the field of battle. Lots include a medal awarded following the Battle of Waterloo in 1815 when the British-led Allied army under the command of the Duke of Wellington defeated Napoleon Bonaparte’s French army.

The medal was awarded to Smith Fife, a soldier with the 42nd Royal Highland Regiment Infantry, which later became the Black Watch. He was one of four brothers who saw action in the Napoleonic campaign.

Although 39,000 men were awarded the medal, it’s still keenly sought after by collectors and is expected to make around £2,000 at auction.

From the same battle, there’s a watercolour map produced by two officers which sets out the positions of the troops from both armies. Just imagine the experience of witnessing the hell of the battlefield and immediately capturing the historic moment in time in map form.

The coins section is just as intriguing, with 100 lots of gold, silver, copper and bronze coins and medallions spanning from Roman times to the present day. Lots include a George I half guinea valued at up to £600, gold Krugerrands from the 1970s and a Queen Victoria diamond jubilee medallion at up to £400.

There’s even a collection of banknotes, which includes a Shropshire and Mid Wales Bank example from the early 19th century. One large collection of coins alone is expected to fetch around £15,000.

The silver and jewellery section features lots that span the centuries with origins across Europe. Take a silver Russian cloisonné enamel cigarette case, for example, that is likely to sell for more than £600. This attractive piece has been handed down through the family to a local Shropshire vendor.

The earliest piece in the section is a two-handled porringer – a shallow silver bowl – that was made in London during the reign of Charles II in 1672 and is likely to be keenly contested at around £1,500.

Three sets of silver flatware, or cutlery, evoke visions of dinner parties in splendid country houses as far back as the reign of George IV in 1823. The different sets have estimates ranging between £700 and £1,800.

Collectors interested in novelty decanters could literally ‘pick up a penguin’, to use a well-known advertising slogan, for around £100. The musical mid-20th century chromium plated glass spirit decanter is unusually in the form of a penguin.

The earliest pieces on offer in the jewellery section date to the Victorian period and there is a good selection of rings, necklaces, bangles and earrings, set with diamonds and other precious stones, to choose from.

In the pictures section, a collection of 29 quality portrait miniatures that belonged to Halls’ late charismatic fine art director Richard Allen is certain to attract attention. The collection dates to the golden age of portrait miniatures from the mid-17th to mid-19th centuries and is valued at around £30,000.

Richard, who lived at Ditton Priors, near Bridgnorth, was a renowned specialist in portrait miniatures who trained under Daphne Foskett, a recognised authority and author on the subject. He also helped to form and curate a collection at Cincinnati Museum.

The emancipation of women is the inspiration behind an oil portrait of Mary Exley titled ‘The Young Falconer’ by James Robert Granville Exley (1878-1967), valued at around £2,000. The painting, which was displayed in the Festival of Britain exhibition at Bradford City Gallery, is one of a collection of 10 works by Exley in the auction.

Returning to the military theme mentioned earlier, a watercolour topographical view of Balaclava Harbour during the Crimean War, in the manner of Scottish war artist William Simpson (1823-’99), demonstrates the problems that had to overcome to supply the front line during the campaign.

‘The Young Falconer’ by James Robert Granville Exley valued at £2,000