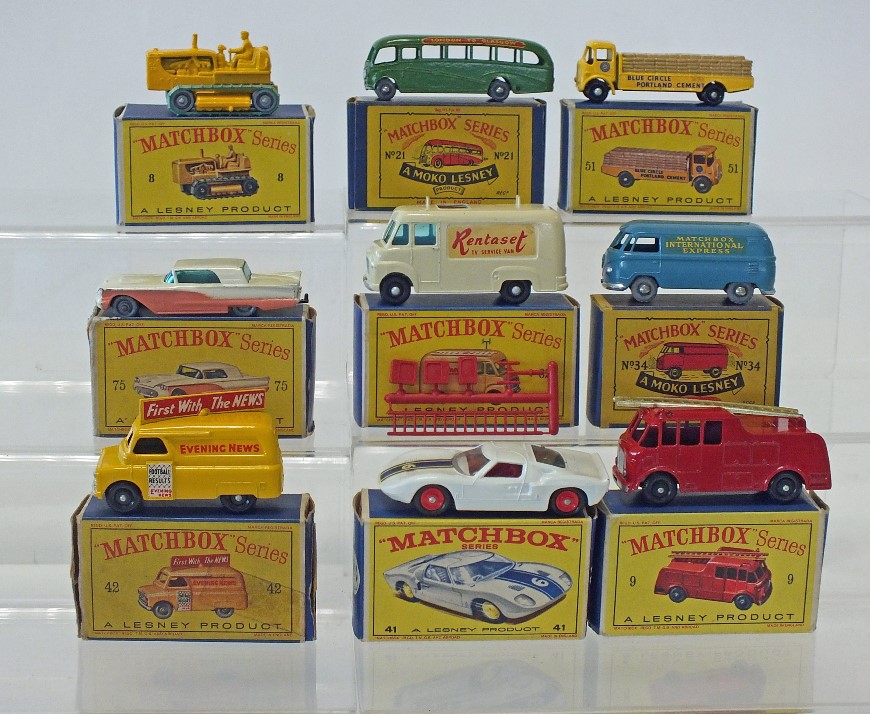 The model was included with a group of nine boxed Matchbox Series miniatures, dating to around 1962, from a Shrewsbury owner, which comfortably exceeded its £250 estimate to sell for £340 in Halls’ toys auction.

“The No 41c Ford GT was quite rare because it was a first issue and had red plastic wheel hubs whereas the later models had yellow hubs, which made it very collectable and valuable,” said Halls’ toys specialist Stewart Orr. “

Elsewhere in the saleroom, a quantity of Dinky, Corgi and Matchbox toys suitable for restoration, a group of 24 Dinky Military series vehicles from the 1950s and a boxed Mamod Steam Car and Mamod Traction Engine made £140 each.

The auction also featured the second part of a collection of New Musical Express newspapers from the 1960s. Following a good response from collectors to the first consignment, Halls offered a further five lots, each representing the newspapers from a specific year, which sold for £550.

“Despite being a bit yellow due to their age, these newspapers made fascinating reading for anybody interested in music from that period,” said Mr Orr. The years covered by the newspapers on offer are 1964, ’65, ’67 and 1971.

Top selling lot in the interiors auction was a pair of19th century Chinese Canton enamel bottle vases, which sold for £500.