Rare Oswestry musical clock strikes the right note at Shrewsbury auction
A rare musical longcase clock described by an auctioneer as the Rolls Royce for the Oswestry clockmaker hit the right note as it sold for £3,500 at Halls last week. 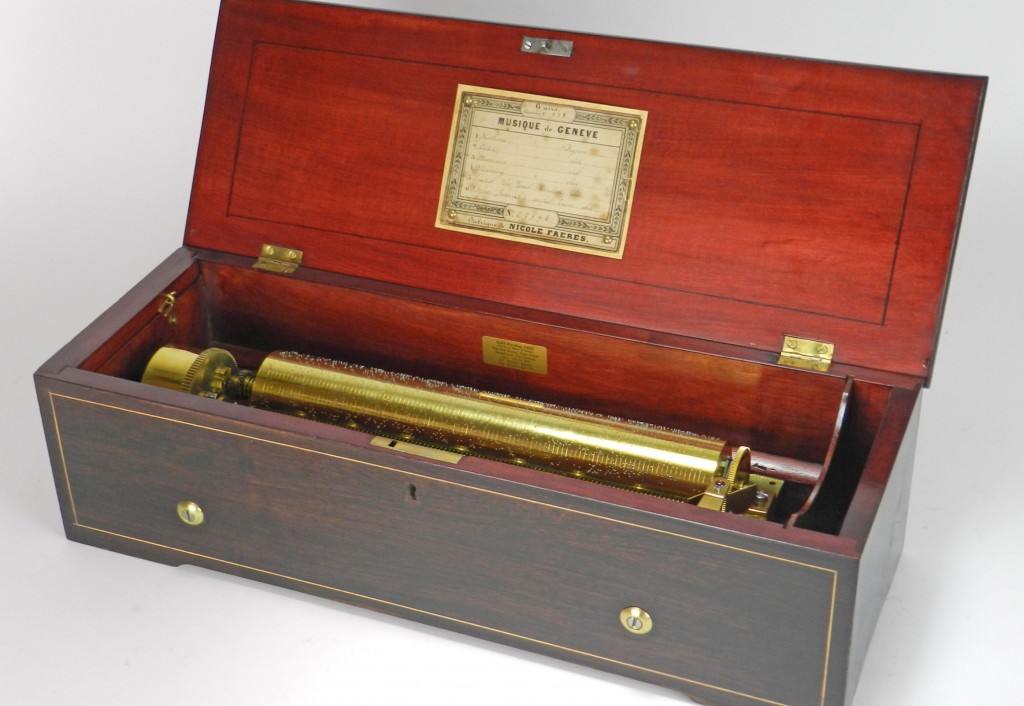 A rare musical longcase clock described by an auctioneer as the Rolls Royce for the Oswestry clockmaker hit the right note as it sold for £3,500 at Halls last week.

The George III clock by clockmaker Joseph Slater, which came from a deceased estate in Oswestry, sold to a local collector at Halls’ oak, clocks, books and tribal art auction at the Battlefield saleroom in Shrewsbury on Wednesday.

Senior auctioneer and valuer Andrew Beeston said the collector planned to restore the clock, which had 12 graduated bells and 24 hammers, to its former grandeur. “It is, in effect, the Rolls Royce clock for this Oswestry clockmaker,” he said. “I have seen eight day longcase clocks by Slater but never one like this and of this quality. It may have been made as a one-off commission or showpiece.” An impressive line-up of 24 longcase clocks, by makers from across the country, went under the hammer. Notable prices were £2,500 for an 18th century walnut eight day example by John Berry, Manchester, which is returning north after being purchased by a bidder from the city and £2,400 for a George III eight day example by David Collier, Gatley, which went to Yorkshire bidder. Five Swiss music boxes included a mid-19th century rosewood example by renowned maker Nicole Freres, which sold for £2,000 and a 19th century bells in view example by Ducommun-Girod, which made £1,300.

The saleroom was a happy hunting ground for buyers looking to invest in a Welsh or Shropshire oak dresser. Eight dressers included a Denbighshire example, which sold for £3,200 and a George III Mid Wales example, which made £2,400. In the tribal art section, a 20th century Songye tribe carved ivory figure from Congo made £1,000 and a 19th century Oceanic Polynesian New Zealand Maori carved paddle made a splash at £900, both selling above estimate to bidders using the Invaluable online bidding platform.

The books section included a rare manuscript chronicle of local and national events written on three parchment scrolls by the Rev John Cotton (1687-1757), vicar of Meole Brace, Hanwood and St Alkmund’s, Shrewsbury, which sold for £420 Written between 1710-’50, the manuscript includes reference to a “barbarous murder committed on the bodies of William Mattheas and Walter Whitcomb. The Father is since hanged in chains upon the Gibbet in the London Road about four miles from Shrewsbury”. Caroline Dennard, a specialist at Halls, said the rare manuscript was of academic and historical interest and attracted local and international enquiries. Two first edition Beatrix Potter books, ‘The Tale of Squirrel Nutkin’ 1903 and ‘The Pie and the Patty-pan’ 1905 published by Frederick Warne & Co, sold for £540 and four tomes of the Holy Bible published by Bonham Norton and John Bill in 1625, made £420. Other notable prices included £1,850 for a pair of 16th century Nuremberg brass pricket sticks, which were purchased by a North Wales bidder, £1,250 for a George III oak three drawer base, £950 for a 19th century French multi dial black slate and malachite inlaid mantel clock, £850 for a French ormolu and champlevé enamel architectural mantel clock, £820 for a 17th century and later joined oak bench and £580 for a 17th century stump worm fragment.

“Although the sale focused mainly on oak and clocks, the addition of tribal art and books gave it a good balance,” said Mr Beeston. “Both viewing days were busy, online presence on both bidding platforms was strong and we had a lot of bidders in the saleroom, many from far afield.”