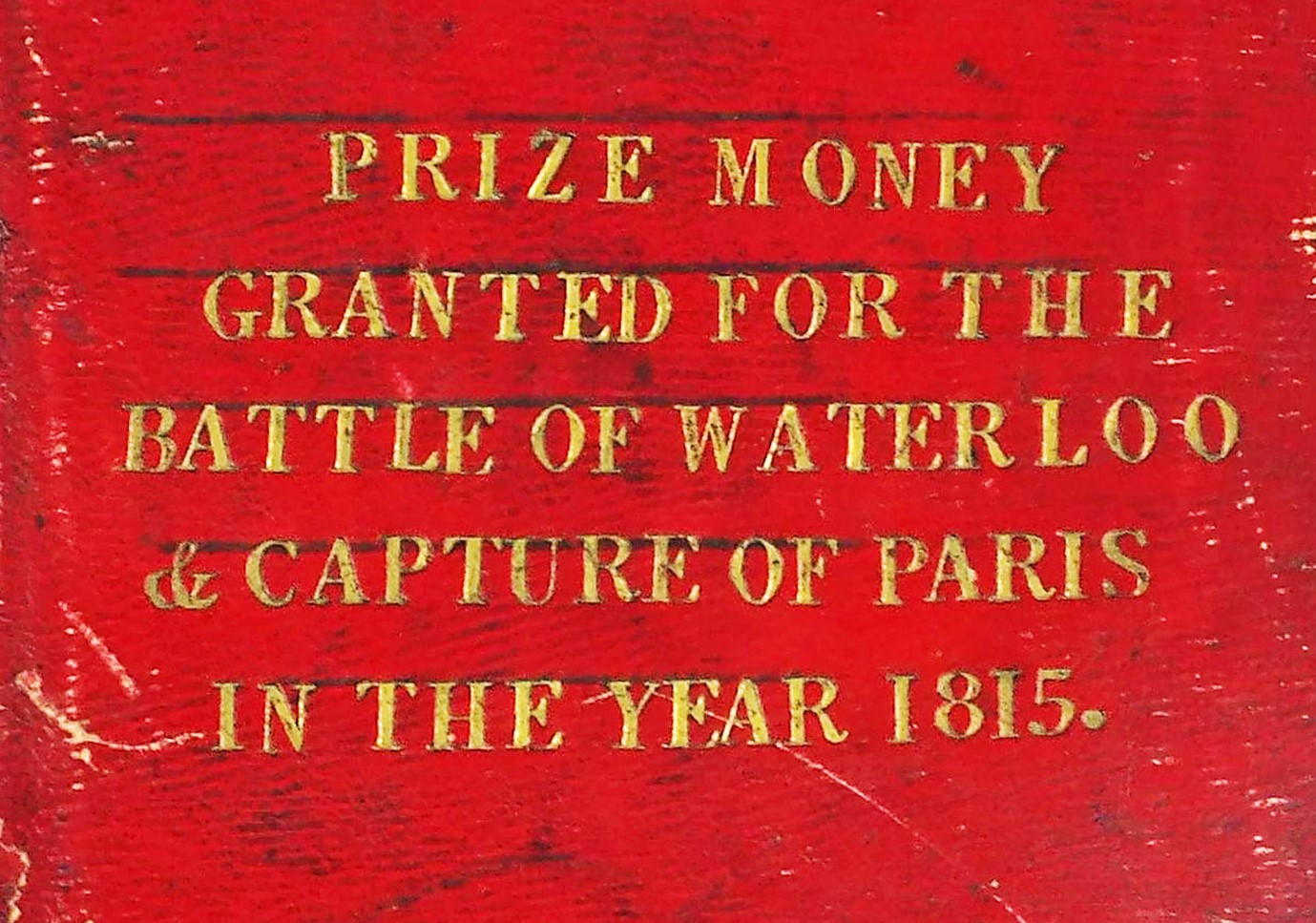 A rare manuscript detailing the prizemoney granted for the Battle of Waterloo and capture of Paris in the 1815 sold for £3,700 at Halls yesterday (Wednesday).

The book, which contained copies of letters concerning the distribution of prizemoney from Wellington, Bathurst, Baron Constant and Colonel Heise, went under the hammer in Halls’ books sale in Shrewsbury.

The Shropshire buyer held off strong competition from a specialist bidder to secure the 70-page manuscript, which was written in a very neat secretarial hand and contained detailed numbers of all the troops of Britain, The Netherlands, Hanover and Brunswick that fought in the battle. For example, Britain had 753 captains and 42,540 rank and file.

Jeremy Lamond, Halls’ fine art director, was delighted with the price achieved at auction. “As predicted, it was an exceptionally rare document and the final price reflected that,” he said. “The manuscript attracted a lot of pre-sale interest and competitive bidding on the day.”

Halls’ books consultant Chris Moore explained that it was common practise to award prizemoney after a victorious battle. “It was meant to be an incentive to fight aggressively and a deterrent against looting,” he said.

“I found nothing similar in manuscript about this or any other battle. The Battle of Waterloo is one of the most famous battles in history, pitting the two greatest generals of the day, Wellington and Napoleon, against one another. It also settled the map of Europe for the next century.

“Approximately one third of the book concerned sums retained. There was a list of 220 soldiers from the second to sixth classes listed by name and rank, with additional remarks in some cases. These unclaimed or rejected claims were paid to Chelsea Hospital by cheque on February 4,1818 in the sum of £26,531 3s 6d farthing.”

The book had contemporary red morocco gilt, with all edges gilt, the lower cover was detached and paper was watermarked 1815. It was purchased by the vendor 50 years ago with a collection of Just William and Biggles books for £5.

The sale also includes a selection of motoring books including pre-war bound volumes of The Autocar and The Motor. There are several lots of books and exhibition catalogues on modern artists, a selection of Shropshire books and boxes of leather bindings.

Other leading prices in the books section included £600 for ‘The Natural History of Staffordshire’ written by Robert Plot in 1686, £450 for ‘A Collection of One Hundred and Fifty Views in England, Wales, Scotland and Ireland’ by John Boydell 1783, £360 for six volumes of the works of Jane Austen and £280 for ‘An Answer to a Challenger Made by a Jesuite in Ireland’ dated 1631.