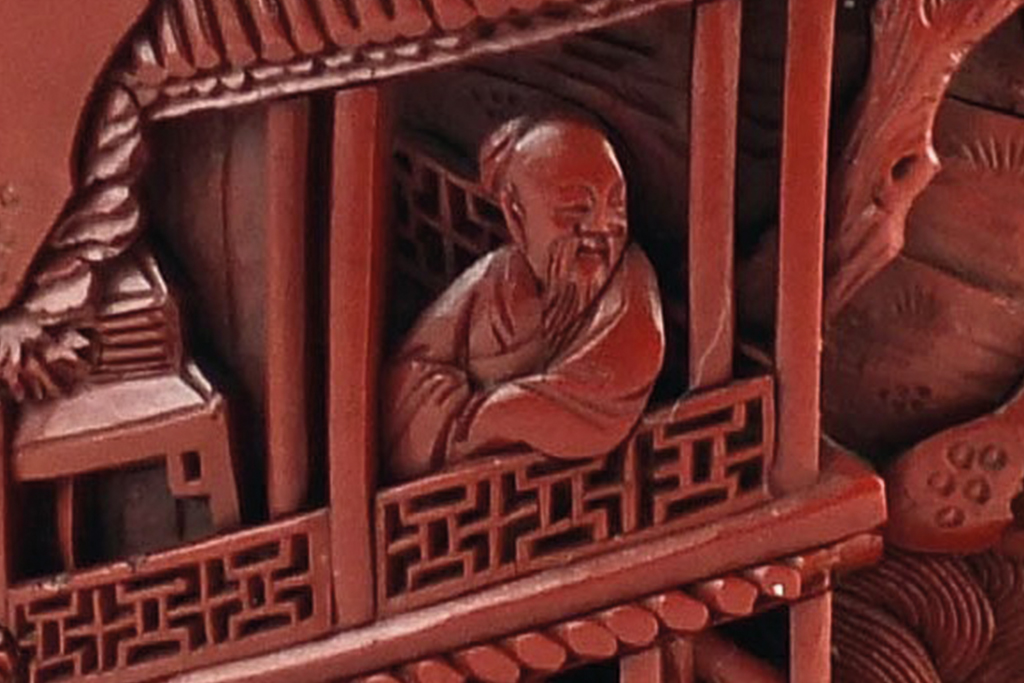 An 18th century Chinese cinnabar lacquer brush pot, which has been valued at up to £3,000 has been discovered locally. The rare pot, which has been in the ownership of a South Shropshire family for at least two generations, will be sold at our Asian Art auction in November.

Alexander Clement, our Asian Art specialist, is carrying out detailed research on the brush pot, which he says is of a quality too high to have been made for the export market.

“It could be a copy of an Imperial brush pot or an Imperial one, which shows it’s fantastic quality,” he added. “I’m hoping my research will give me the answer.”

The brush pot would have been used to hold brushes used by scribes for Chinese calligraphy and are typically carved with ornate motifs symbolising concepts such as longevity.

Last year, Halls sold a Chinese cinnabar lacquer ingot form box and tray, discovered in Oswestry, for £18,000 and Mr Clement believes there are many other rare and valuable Asian Art items just waiting to be discovered in homes across Shropshire and surrounding counties.

“So many of these rare items are in homes being used to prop open doors or left on top of cupboards by owners who have no idea of their history or worth,” he said. “My advice to anyone who has Asian Art items in their home is to have them professionally evaluated because they might be sitting on fortune.”