Today, many people are celebrity obsessed. Whether it’s the Royals or the Kardashians; magazines, newspapers and social media platforms are constantly talking about people in the spotlight. Actors, musicians and reality stars are obvious candidates for this status but there are also a plethora of people, not in the entertainment business, who qualify for this title. Designers, scientists, mathematicians, historians, the list is potentially endless. In short, if you are one of the best in your field, you will become a ‘celebrity’ to those who are passionate about the subject.

In the world of silver and jewellery you’d be hard-pressed to find somebody that has not heard of Liberty’s Cymric range. Beginning in 1899, Liberty employed a collection of designers, that included Oliver Baker, Arthur Gaskin, Rex Silver and of course Archibald Knox to create high quality silverware inspired by ancient Celtic designs combined with the Arts and Crafts movement. 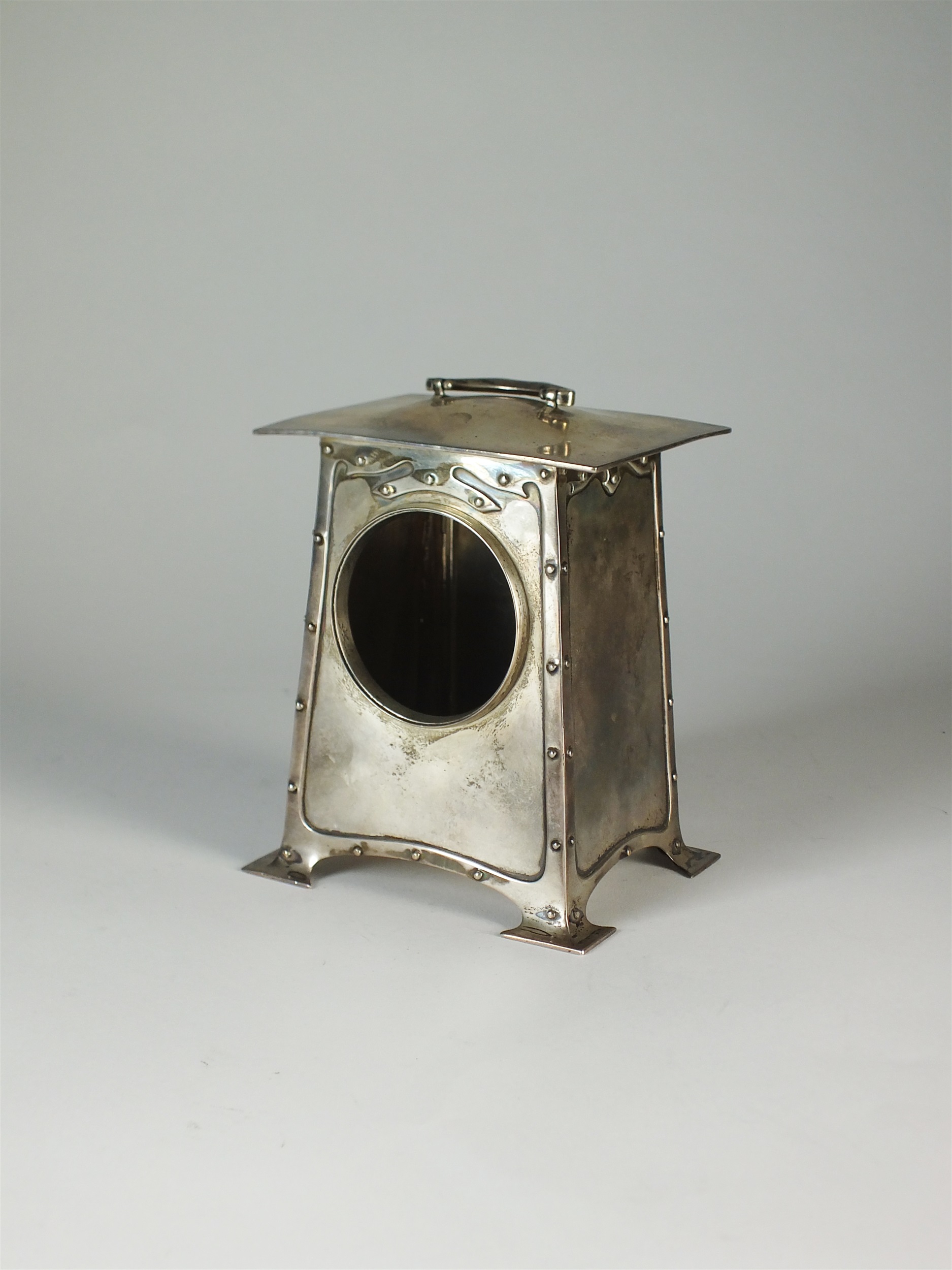 When offered for sale items bearing this famous stamp are always popular. In this auction we are thrilled to be offering three lots retailed by this celebrated name. The first, lot 205, is a silver clock case hallmarked Birmingham 1909. Despite the fact it does not house the clock movement it is still desirable due to its pedigree. Lot 234; a four handled silver bowl dated 1901, exhibits the iconic hammered finish seen in many Liberty pieces. It is also set with four hardstone cabochons; another trend favoured by the designers. Lastly, lot 247, is a silver mounted hat pin. It’s the most conservative of the three in price, however, it comes with its original Liberty & Co box which is arguably just as desirable! 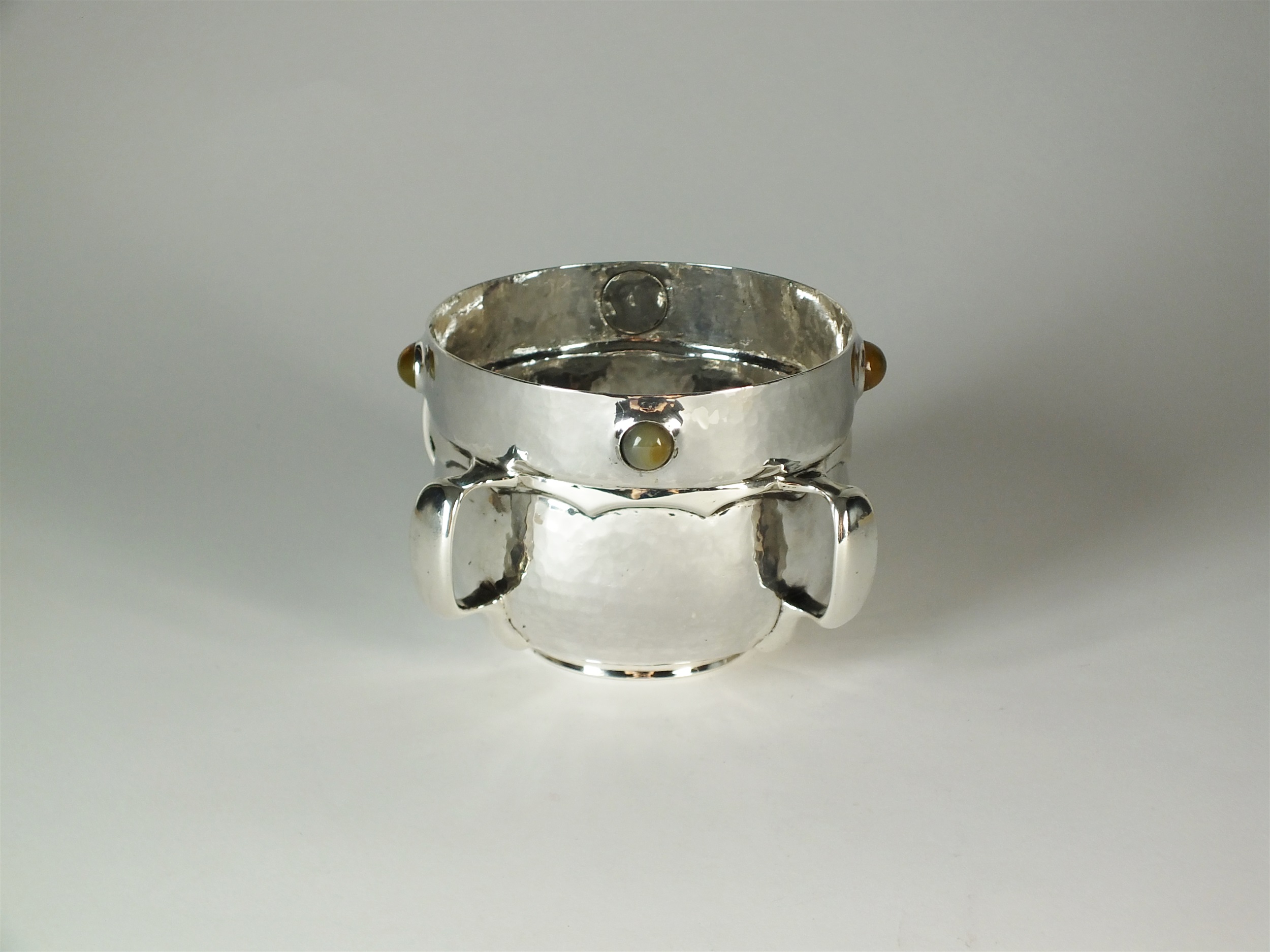 Keeping with the Arts and Crafts theme, we are also offering for auction a chalcedony and moonstone set necklace by renowned jeweller Sibyl Dunlop. Although not a household name like Cartier or Tiffany, to jewellery enthusiasts, historians and collectors, Dunlop is highly revered. Born in 1889, Dunlop sold her pieces through the 1920’s and 30’s from her workshop located at 69 Kensington Church Street, London. Her signature style was inspired by the recent Arts and Crafts movement and she was known for her used of stones such as amethyst, agate, moonstone and opals primarily cut ‘en cabochon’. Lot 295 demonstrates perfectly Dunlop’s incredible eye for design and beauty. 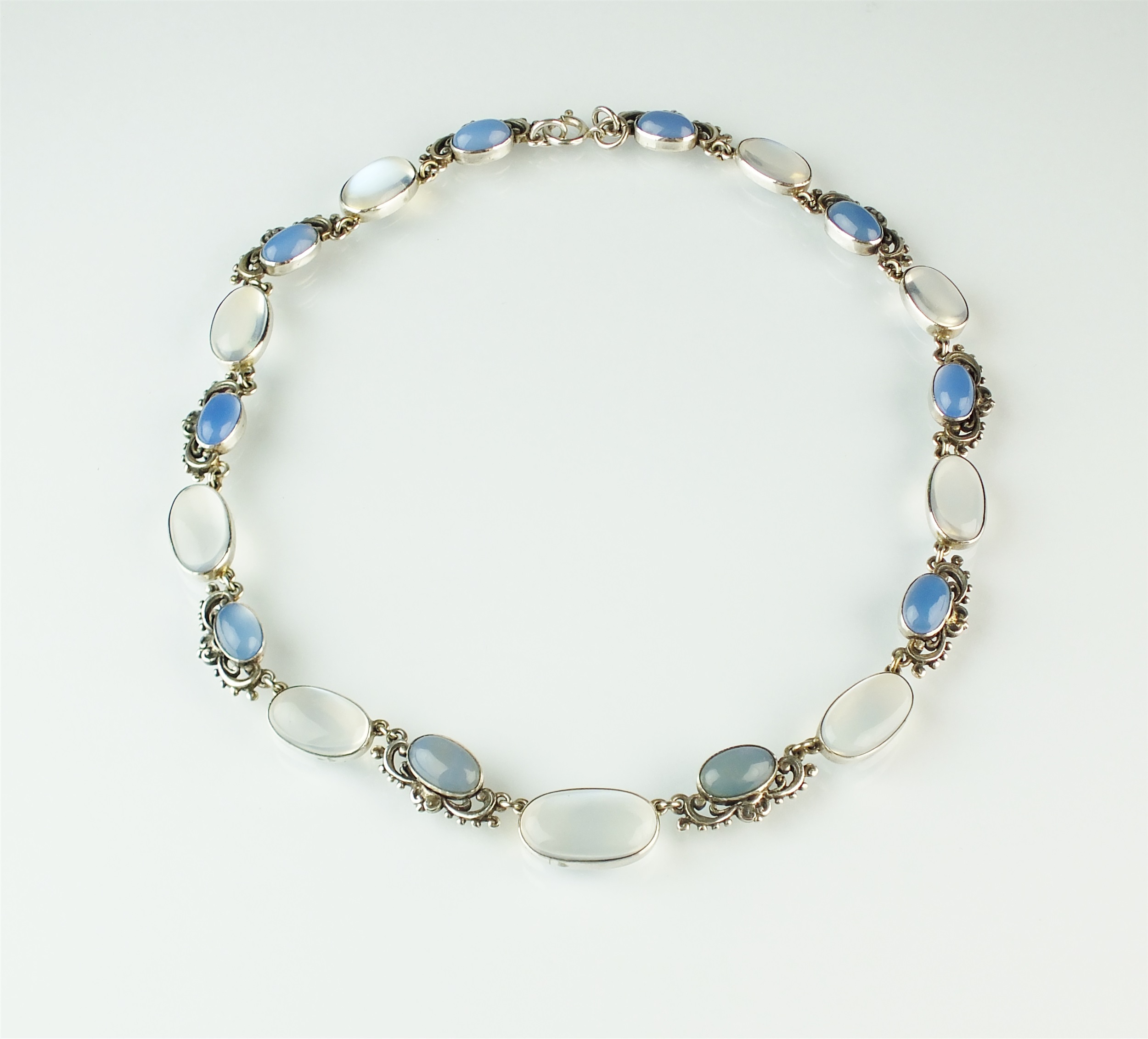 In my opinion, the word ‘celebrity’ is over used in today’s society. Meaning ‘to be celebrated’ In the past, it often described individuals who were icons in their field and known to the masses because of it. Today, it seems all you have to do it appear on television for 5 minutes. The ‘celebrities’ of this auction will continue to be known and admired for their contribution to design and fashion for hundreds of years to come, unlike a majority of the people we see in magazines today.