The story behind a portrait of 'Operation Mincemeat' mastermind sold at Halls Fine Art in 2021.

A strange but true tale of a dead tramp saving Allied soldiers lives.

There are some tales that are larger than life, that you simply cannot believe actually happened and took place. This is certainly the case for the Second World War secret mission to deceive the Nazis under the title ‘Operation Mincemeat’ in 1943, the events of which are shortly to be released in cinemas this spring starring Colin Firth and Kelly McDonald.

Operation Mincemeat was an intentional ruse to throw the Germans off the scent of an Allied invasion to liberate Sicily. British intelligence officers used the body of a deceased homeless man named Glyndwr Michael, dressed him as a Royal Marines Officer and planted upon him false identity papers to create a believable character. Upon his person were fabricated papers detailing a false trail of Allied plans to invade Greece and Sardinia in the hope of distracting the Germans enough to allow Allied troops to land and begin the liberation of Sicily.

The body was dropped near the Spanish coast and discovered by fisherman who brought it ashore. The Spanish government informed the British and arranged to have the papers returned, but not before sharing copies with the German military in between. The information was urgently relayed to Nazi headquarters in Berlin and subsequently reinforcements were sent to Greece and Sardinia and troops there remained on high alert even after Allied forces had arrived on Sardinia, the feint had well and truly been believed. It is amazing that such a seemingly far-fetched and unusual plan appeared to have worked. It is thought that the liberation of Sicily went smoother and the Allied losses were less than expected because of Operation Mincemeat’s success. 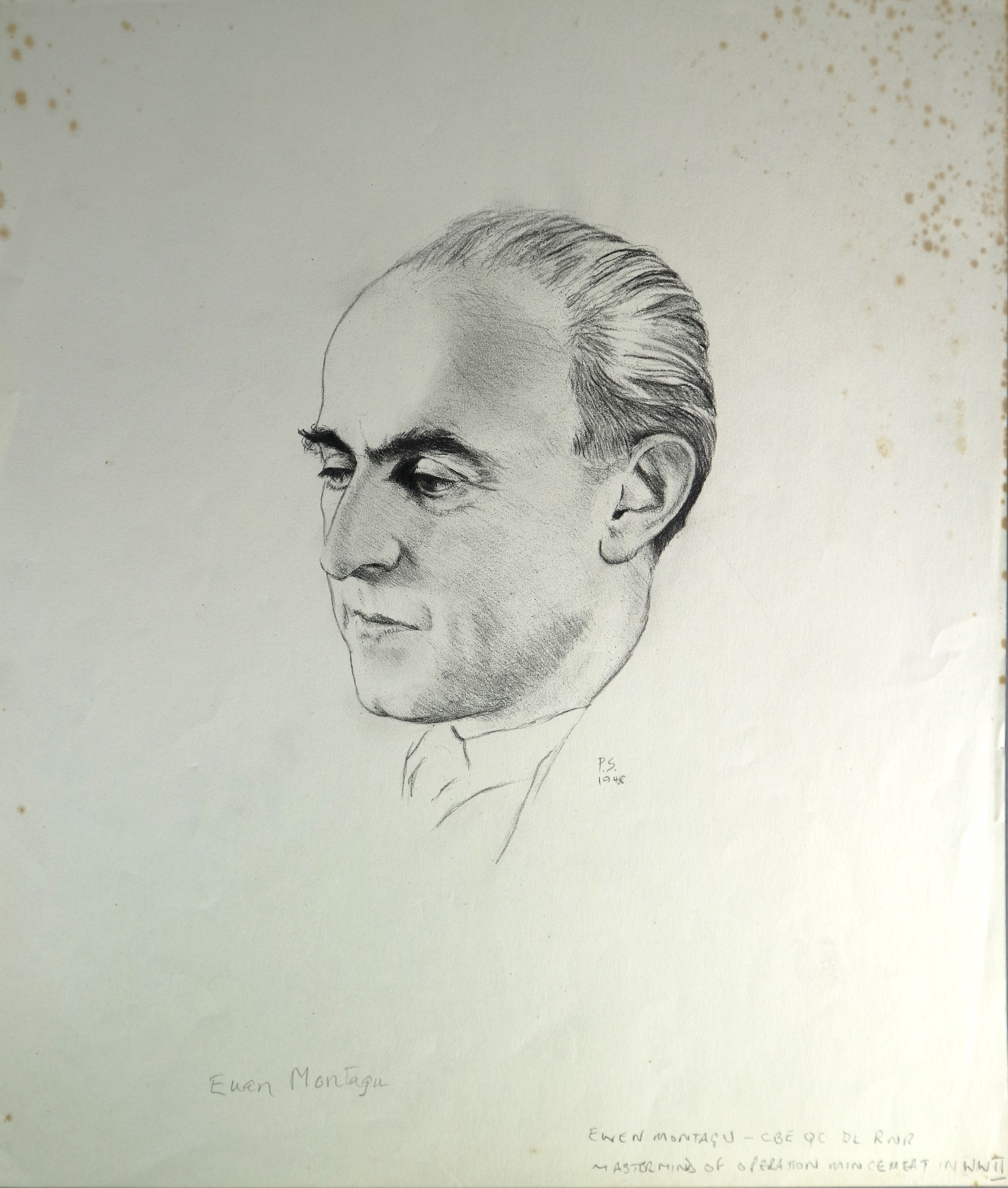 In November 2021 Halls Fine Art offered for auction a pencil portrait drawing of Euan Montagu who was one of the intelligence officers who both planned and carried out the operation. Dated 1948 it was drawn by celebrated wildlife artist Sir Peter Markham Scott (1909-1989), the son of Polar explorer Robert Falcon Scott (1868-1912). These stories behind an object or artwork are what bring items to life, and provide such fascinating snapshots into history and for our specialists are what brings such pleasure to our roles. Behind every portrait, every face from the past, there is a story, a life and a history, just waiting beneath the paper or canvas to be discovered.