A memorial wood will be created to remember the diverse and colourful three-day auction of the Felix Dennis Collection, which finished last night, raising well in excess of £1 million. 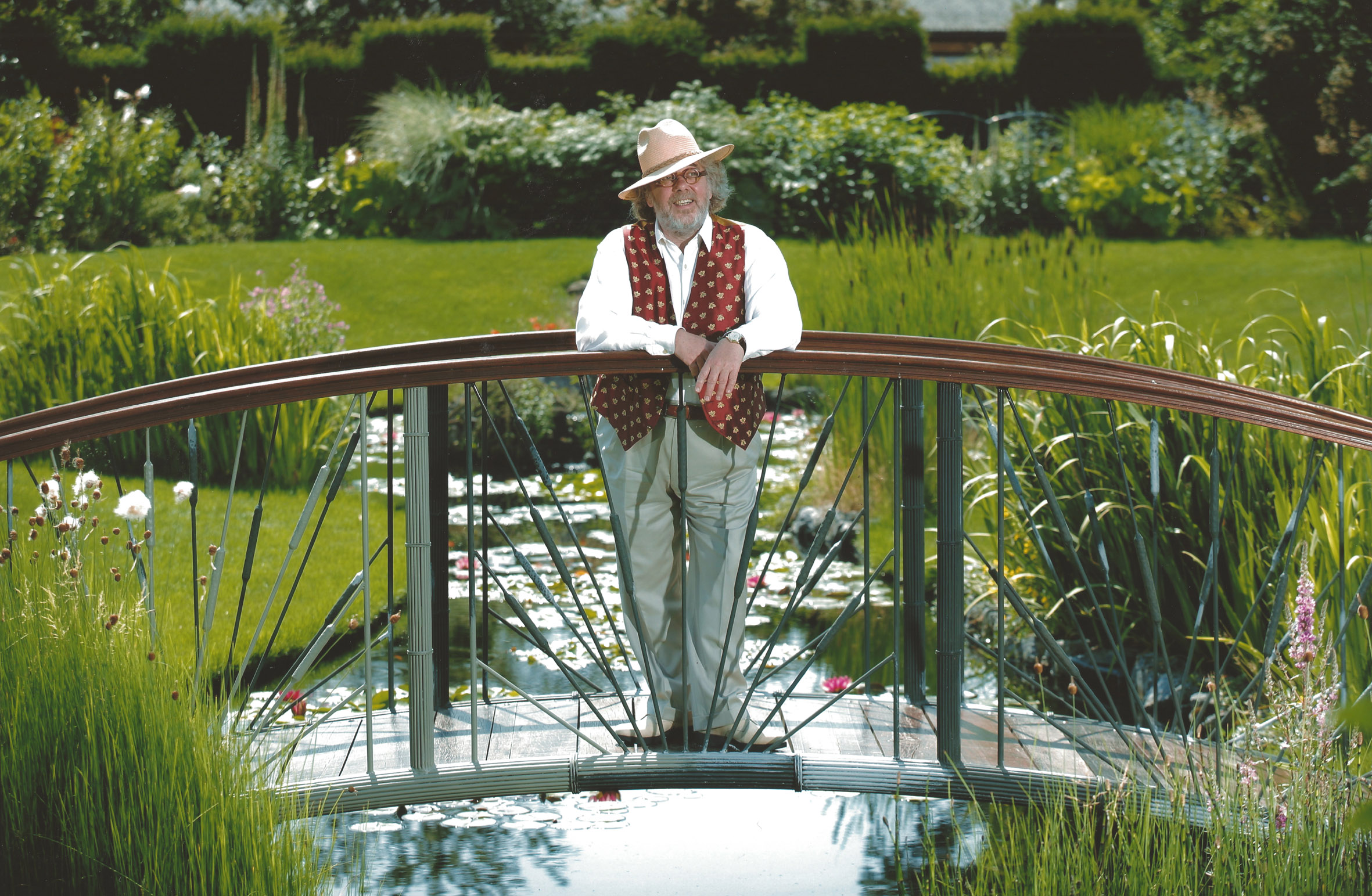 A memorial wood will be created to remember the diverse and colourful three-day auction of the Felix Dennis Collection, which finished last night, raising well in excess of £1 million.

David Bliss, an executor and manager of late flamboyant millionaire publisher Dennis’ estate in Dorsington, near Stratford upon Avon, said the proceeds of the auction would continue his late employer’s legacy at The Heart of England Forest Charity.

In 1989, Dennis had a vision to create a 30,000 acre contiguous forest in the heart of England, from the ancient Forest of Arden to the Vale of Evesham. The one millionth tree was planted around two years ago.

Dennis died from throat cancer last year, bestowing the mission to plant 300 acres a year with 120,000 oaks trees on Mr Bliss, who heads The Heart of England Forest Charity, which is responsible for planting five per cent of all the trees planted in the UK.

Mr Bliss was delighted with the auction result and the work of joint auctioneers Halls of Shrewsbury and Bigwood Fine Art Auctioneers of Stratford upon Avon.
“It was everything that I wanted it to be because it brought so many local people together,” he said. “It was more like a party than an auction and Felix loved a party. It was a great way for the estate to release all his personal belongings to enable us to plant so many trees in the future. Felix would have wanted his possessions to be sold like that for the benefit of his legacy."

“It was nice that people appreciated what he had purchased and enjoyed. He bought things to enjoy and if he liked something he would buy several of them for his different homes around the world, as was demonstrated in the auction.

“I thought the auctioneers did a wonderful job and certainly made the best of all the lots.”

Mr Bliss, who left his job as a dairy farm manager and land agent in Cumbria to join Dennis 18 years ago, is totally focused on the challenge ahead for the charity.

“I was lucky enough to have had Felix around to know how he wanted to create the forest,” he added. “We buy farms and slowly convert the Grade 3 agricultural land to woodland. I’m passionate about his legacy and it’s such an exciting project creating a forest in the Heart of England.”

Jeremy Lamond, Halls’ fine art director, said: “All the hard work paid off with a brilliant result and this auction will be talked about for years to come.

“My abiding memory will be of a very lively and enthusiastic auction held in beautiful weather. The highlights for me were the two silver trophies and the garden sphere by David Harber which all sold very well.”

Christopher Ironmonger, managing director of Bigwood Fine Art Auctioneers, a business colleague of Dennis for more than 12 years, said: “One of the highlights for me was the almost party atmosphere amongst the bidders. They were having a day out and got absolutely drawn into the whole ethos of the auction.

“They were buying amazing things collected by Felix over the years, knowing that they were supporting The Heart of England Forest Charity and that spurred them on.”

Possessions from 12 homes around the world owned by Dennis, publisher, planter of trees, poet and entrepreneur, were assembled in a 20,000 square foot marquee on his estate for the 2,300 lot auction. Thousands of people came to view and bid at the auction and many more watched live on the Internet from around the globe.

There was literally something in the auction for everyone, with lots selling from £10 for a half barrel planter to £67,000 for The Ascot Cup, a fabulous trophy made by Garrards of London in 1864.

The marquee was packed with interesting items, assembled from Dennis’ homes in the Cotswolds, London, New York, Connecticut and on the exclusive Caribbean island of Mustique.

There were colourful marlin were suspended from the ceiling, a cackling life-size figure of Captain Hook, complete with a ‘pieces of eight” squawking parrot, pop art, antique and contemporary furniture, an impressive selection of bronzes and extensive garden ornaments, to name but a few sections.

Even Dennis’ yellow Rolls Royce Silver Spur, which he purchased to celebrate making his first million, went under the hammer, selling for £15,500 to his former chauffeur, who now runs a wedding business. There was a story attached to every single item.

Stories about Dennis’ rock ‘n roll lifestyle abound but most local people remember him as a very generous man who shared his properties in Mustique and America with many of them.

Highlights from the first day of the auction were The Ascot Cup and a French silver racing trophy, after Raoul Verlet ‘La douleur d’Orphee, presented for Courses de Maisons Laffite Prix Lagrange 1897, which made £62,000.

Other leading prices from Tuesday were: £16,000 for a 19th century Russian painting of an icon with silver and gilt enamel inlay, £10,000 for an early Victorian silver mounted amethyst glass claret jug by Charles Reily and George Storer, London 183, £7,600 for a 16th century style child’s full suit of armour and £7,000 each for a continental silver dog and a late 17th century rosewood and walnut cabinet.

Day two saw a large mid-19th century carved British Royal coat of arms, originally located at Birmingham Magistrates’ Court, sell for £10,500. Dennis bought it from an antique shop to remind him of his famous brush with the law in the late 1960s while co-editing the underground counterculture magazine Oz in London

In 1971, Dennis, Richard Neville and Jim Anderson and Dennis were involved in the longest conspiracy trial in English history over the infamous “Schoolkids Oz” issue. The three men were jailed, only for the convictions to be later quashed on appeal.

Other highlights from day two were a 19th century Polynesian slit drum fashioned in the form of a boat, which sold for £7,500 and ejector seats from a Canberra bomber, a tactical nuclear strike aircraft and a Vampire jet fighter, which made £5,000 and £4,000 respectively.

On the final day, the Rolls Royce and a 20th century garden water feature by David Harber entitled ‘Dark Planet’, which sold for £15,750, shared the headlines, while wines and spirits peaked at £1,400 for a bottle of 1988 Montrachet Leroy Domaine de la Romanee-Conti.

Cannons and weapons achieved some of the day’s highest prices with a pair of George III English bronze barrelled examples blasting to £11,800 and a pair of early 19th century 5.5 inch bronze mortars on carriages shooting to £7,500

Garden statuary produced an excellent series of results with a Desmond Fountain (born 1946) life size partial bronze of a girl seated upon a chair making £5,000. Fountain’s work featured prominently in the auction, as Dennis’ love of the naked female form was clear to see his collection.

In the musical equipment section, a set of four limited edition canvas prints after Sebastian Kruger, depicting caricatures of The Rolling Stones, made £3,500, while a ‘Rock-ola’ jukebox hit the right note at £2,600 and Dennis’ drum kit found a new home for £1,100.

Animal sculptures were prominent in the collection with a pair of 20th century bronze cranes making £3,300.

Nobody uttered the words, but there was a sense of sadness when Christopher Ironmonger’s gavel fell on the last lot. It had been a fascinating and memorable three days for the village of Dorsington and everyone associated with this unique auction.

Villagers say they miss chain smoking Dennis, whose larger than life character, forthright views, often choice language and, above all, his generosity they recall with a warm smile. However, his rich legacy continues with the Heart of England Forest and his publishing interests on both sides of the Atlantic.