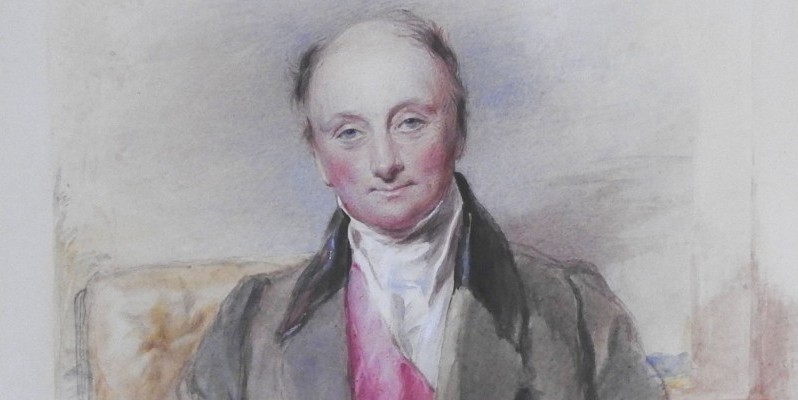 A watercolour of famous Shropshire soldier Lord Rowland Hill is one of a selection of portraits that will be going under the hammer at auction next week.

Valued at up to £3,500, the painting by George Richmond is included in our summer pictures, silver and jewellery auction at our Battlefield salerooms on June 22. “This work has excellent provenance and is in good condition,” said Halls’ picture specialist James Forster.

Lord Hill was one of the Duke of Wellington’s most trusted generals in the Battle of Waterloo and was nicknamed Daddy Hill for looking after the men under his command.

Born in 1772 near Weston-under-Redcastle, he joined the army in 1790 and went on to become one of Shropshire’s most distinguished soldiers, holding the post of Commander-in-chief of the Army from 1828 until his death in 1842.

He served in France, Egypt and Germany before he distinguished himself during the Peninsular Campaign. A memorial to him stands near the Shirehall, Shrewsbury, known as Lord Hill’s Column, the tallest Doric column in the world.

The auction’s strong portraits section also includes a striking work attributed to Pieter Dubordieu (1607-1678) of a seated gentleman wearing a large white ruff, which is expected to sell for more than £5,000.

Certain to attract interest in the print section is a signed print by L. S. Lowry titled ‘The Reference Library’ at up to £600, which is joined by works after artists such as Lord Frederick Leighton, William Lee Hankey, Kate Cameron, Patrick Proctor and Elizabeth Blackadder.

A very important late 19th photograph by Frank Meadow Sutcliffe (1853-1941) titled ‘With Wind and Sail’, which is signed and inscribed in pencil in its original frame, is valued at up to £500.

“Sutcliffe chronicled life in Whitby around 1900 and the photograph is an excellent example of his work from that period,” said Mr Forster.

Watercolours include a view of Conwy Castle by late 18th century artist Robert Andrew Riddell at up to £1,000 and three very large rural landscapes by Henry Sylvester John Stannard (1870-1951) each valued at between £300 to £700

“These watercolours are superb examples of Stannard’s work and it’s not often that works of this size come to auction,” explained Mr Forster.

One of the standout works is an informal chalk portrait by Philip Alexius De Laszlo De Lombos (1869-1937), an idiosyncratic portrait of a lady called Marjorie Hodge valued at up to £400.

“This is a great opportunity to buy a work by De Laszlo, who is arguably one of the greatest Edwardian society portrait painters,” added Mr Forster.