Halls Fine Art Auctioneers in Shrewsbury are used to unearthing unique and unusual items in the most random places. Before the lockdown paintings specialist Abigail Molenaar received a call regarding a group of portraits which had been left in an attic by the previous occupants following a house sale and had been languishing unknown and unseen for decades.

The paintings are all oil on panel portraits depicting several generations of the Williams family from Pencoed Castle in Monmouthshire. “I love a good mystery, one of my favourite aspects of being an auction specialist is coming across a painting about which nothing is known and trying to identify the sitter and piece-by-piece seek to reconstruct the history of an artwork”. After locating the Williams’ as living at Pencoed Castle and farm during the 19th Century, Abigail made contact with a number of local history groups in the area and teamed up with genealogist researcher Michael Edwards of Athena Ancestry who incidentally turned out to be a great-great-nephew of Margaret Williams herself! 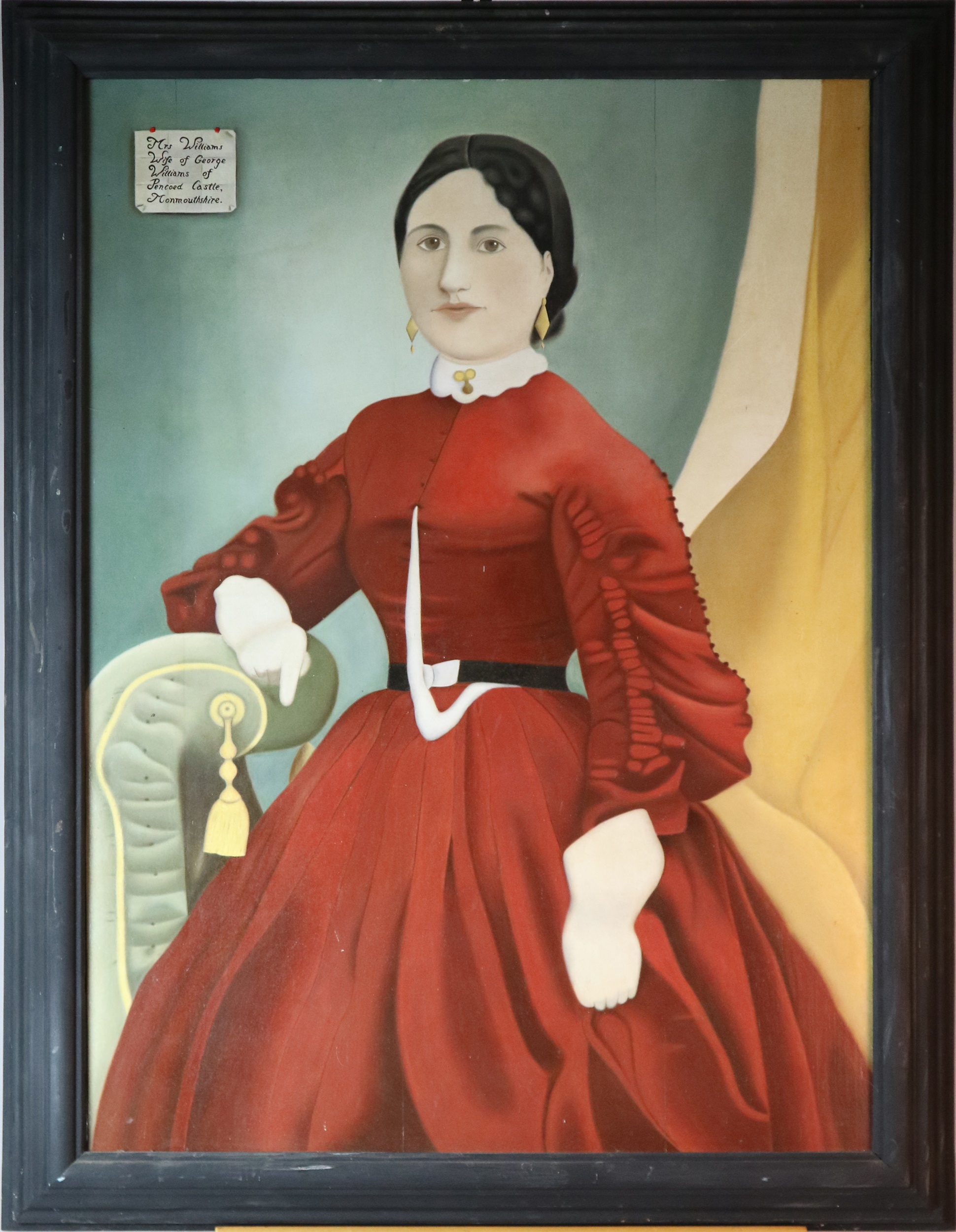 Identified in the paintings are four generations of the Williams family; Margaret Williams Snr (1826-1902) who was the matriarch of the family, known as a generous hostess and a real figurehead of the local community, her eldest daughter Amelia (1844-1929), granddaughter Margaret (1880-1969) and likely an infant great-grandchild. The Williams’ worked the farm and land at Pencoed Castle throughout the 19th Century, with Margaret retiring in 1895 and putting the entire estate up for public auction. 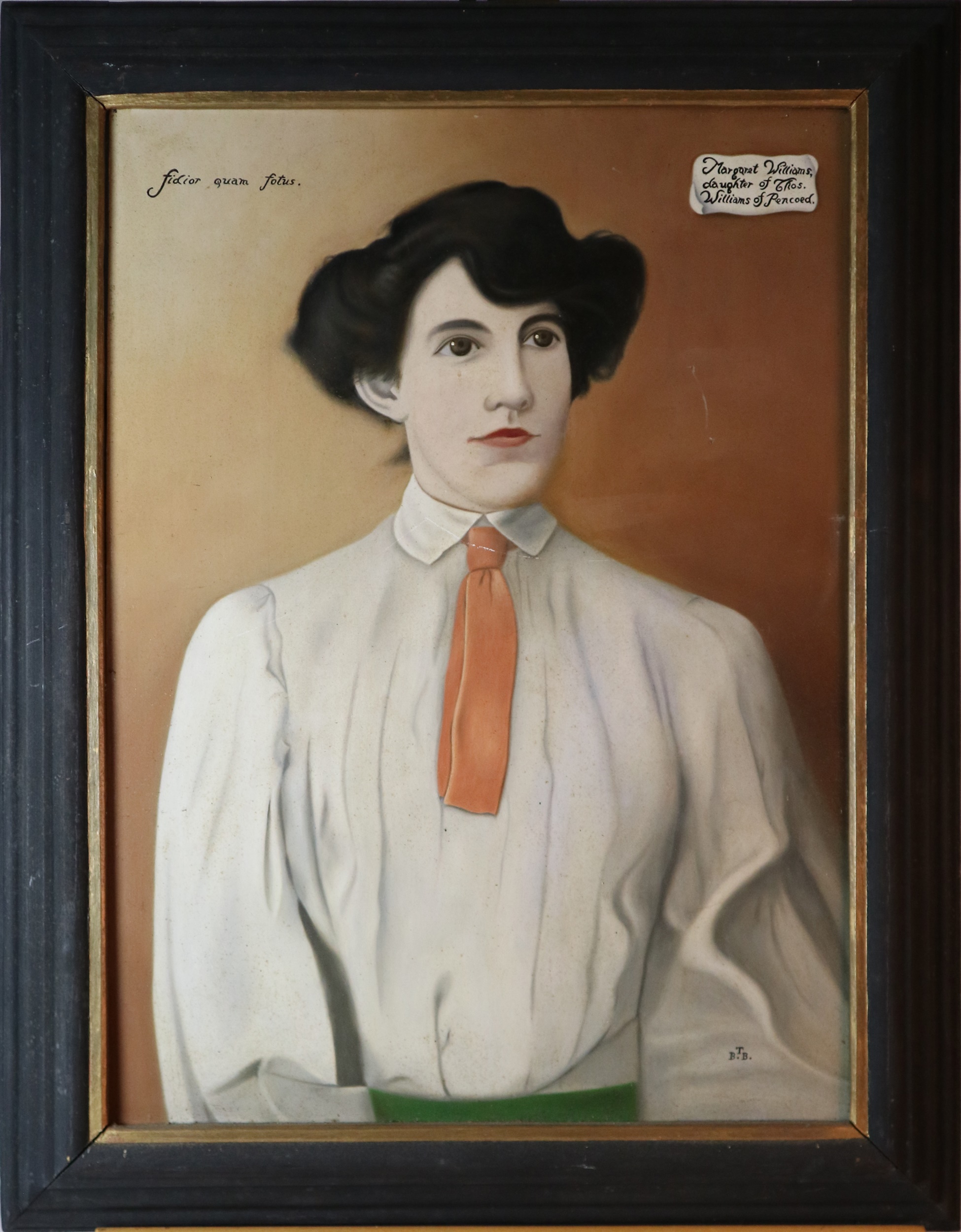 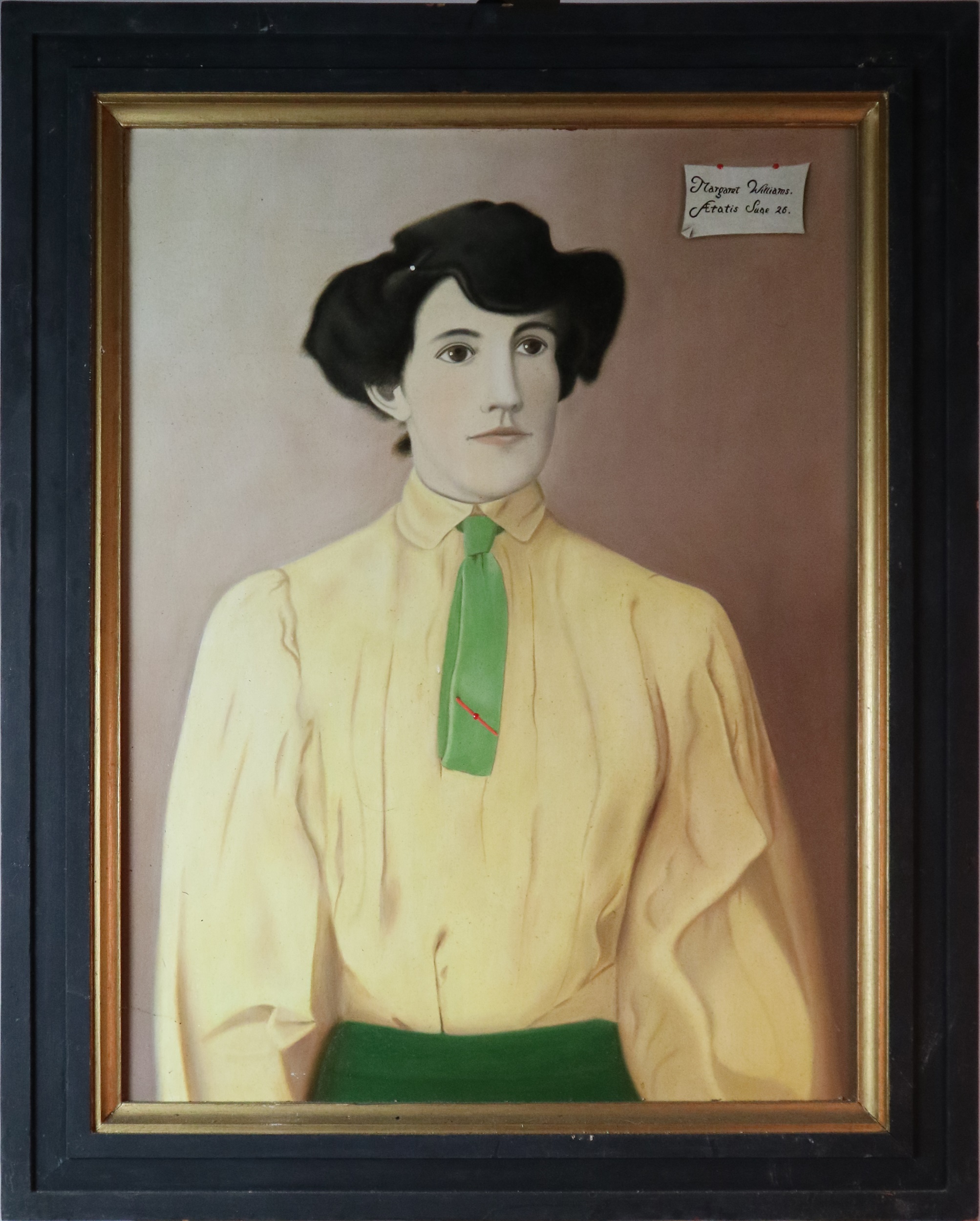 How the paintings ended up in Shropshire was quite a puzzle, until it was realised that Margaret Senior’s son Thomas moved his family near Bridgnorth in the 1880s and this branch of the family settled and worked in the county. Margaret Junior later married Frederick Brookes and they raised their family and farmed around the Bridgnorth area for the rest of her life.

The portraits are painted in a very folk art style, all by the same hand, probably created by an amateur artist or family friend. They date to 1906 when the Pencoed estate had already been sold and the family separated. It is likely that they were all painted at the same time and passed down the generations until at some point they were left stored in an attic in Ludlow and forgotten about. For any descendants around Monmouthshire or Shropshire who would be interested in reuniting with their long-lost forebears, the portraits will be coming up for sale in Halls Fine Art Spring Auction on the 17th March, lots 127-129, please contact fineart@hallsgb.com for further information.