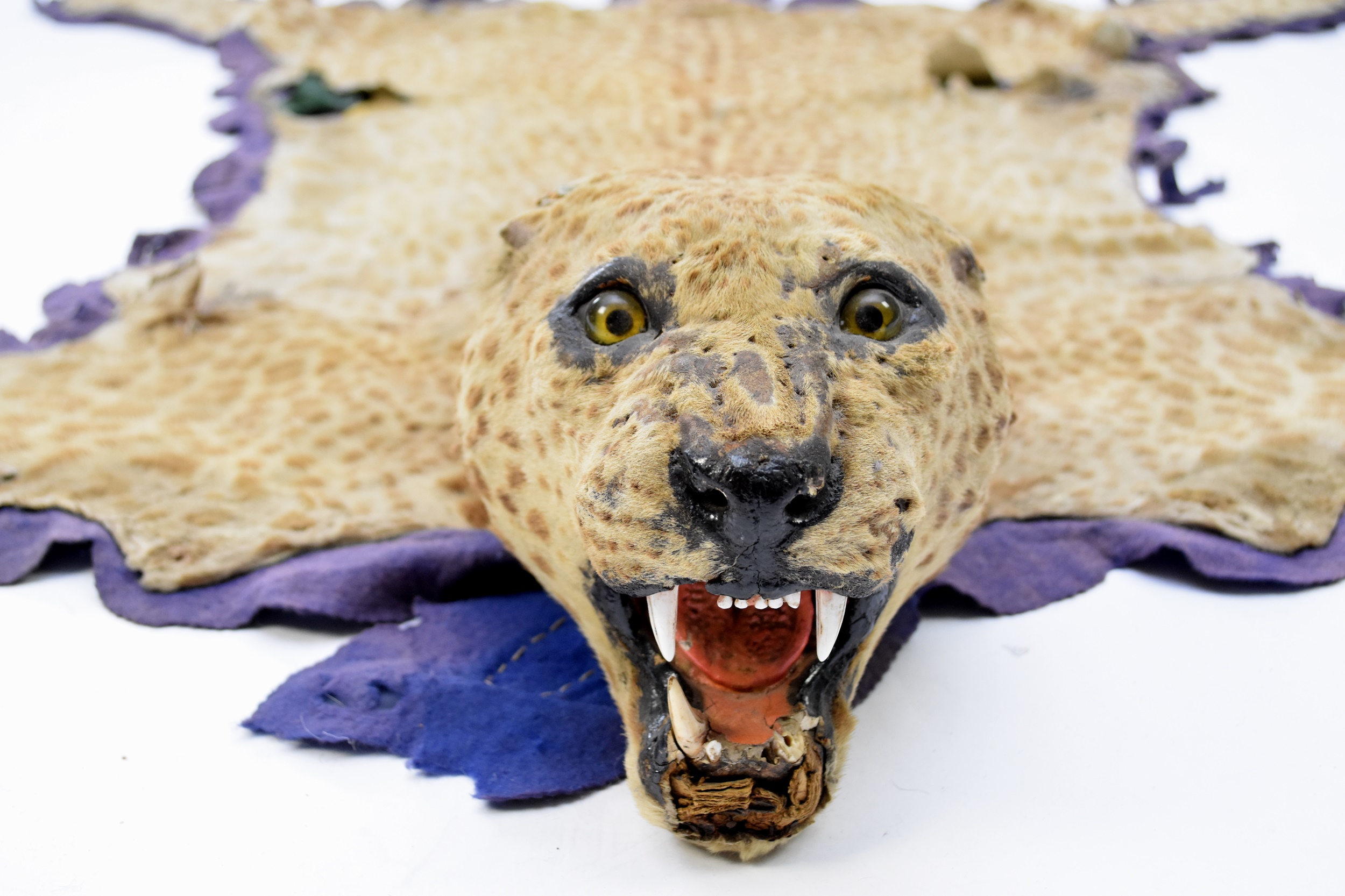 Lions and Tigers and Chairs, Oh My!

Senior Valuer Alexander Clement looks at an eclectic collection of taxidermy, furniture and collectables from Percy's Cafe Bar in Whitchurch, Shropshire, due to be sold in April 2021

If you thought Whitchurch was a sleepy market town in Shropshire, you might be surprised to learn that it's the home of a rather famous grassroots rock music venue.  Behind the unassuming exterior of the Star Inn on Watergate Street is Percy's Cafe Bar, an Aladdin's cave of quirky, macabre and sometimes bizarre collectables, amassed by the owner Mark Dawson.  If you didn't know it existed, you'd walk right past it but you'd miss out on quite an experience.  Inside as you enter the bar, you are faced with a mind-boggling array of objects covering every wall, every surface and even hanging from the ceiling.  Here is a motorcycle, lately used in the TV series Into the Badlands, ridden, naturally enough, by a skeleton wearing a leopard skin.  There is a zebra foot table lamp next to a full anatomical upper torso with removable organs.  Everyhere you look there are echoes of the past in jarring juxtaposition; road signs, showroom dummies, neon lights, animal skins, a gymnastic pommel horse, coin-operated scales, a bakelite television set on which someone probably watched Queen Elizabeth's coronation and the first moon landing. 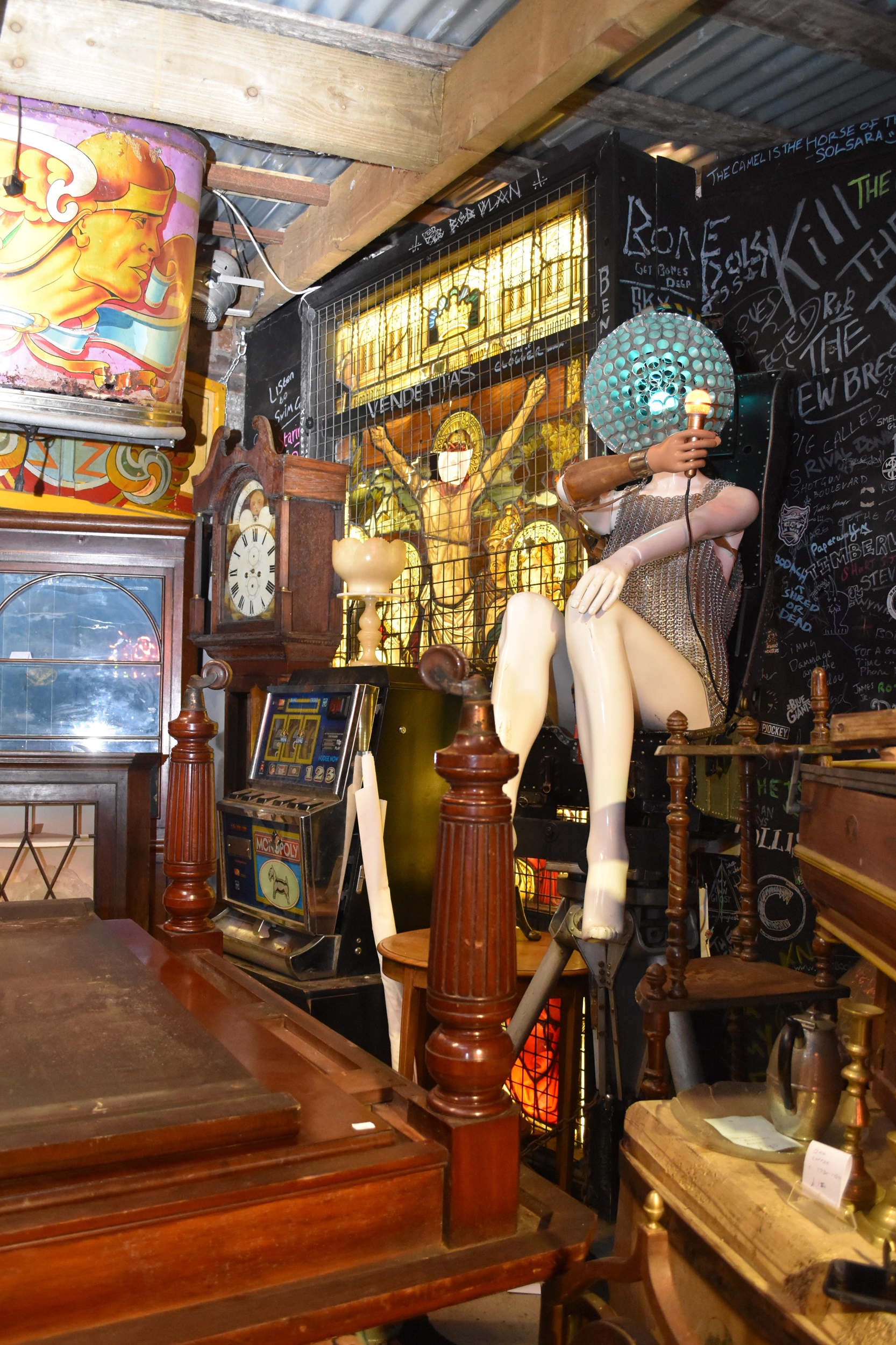 The stage area of Percy's, lately given out to storing furniture and other works due to be sold at auction

But there are other echoes here.  The reverberations of giant speakers, the screeching feedback of microphones, the crash of cymbals and the crackle of a plucked guitar string piped through a Marshall amp on maximum overdrive. For Percy's Cafe Bar is not just an unlikely bazaar of cultural magpie-ism, it is, or was until 2020, a grassroots rock venue.  An impressive roll-call of local, national and international bands have played here to a tightly packed but appreciative audience since its stage was set in 2015.  Like all bars and venues, Percy's had to temporarily close its doors during the lockdown and postpone countless gigs.  To make ends meet in the meantime, the owner has turned to his other career - antique dealer to the trade - to generate income by opening his collection to the public.  Now, as the end of restrictions is just in sight, Mark has engaged Halls Fine Art to take some of the select works and bring them to an even wider audience at auction. 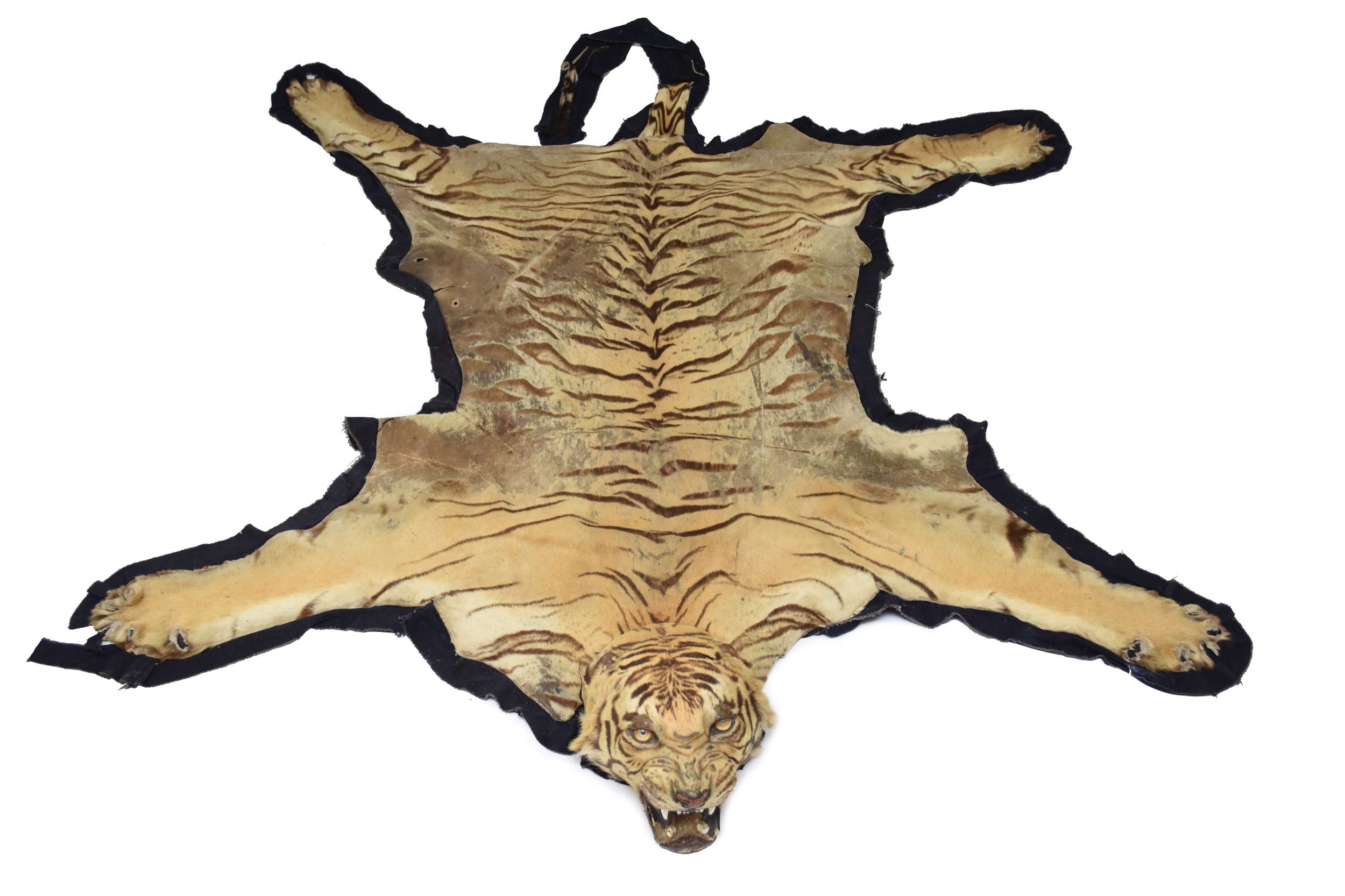 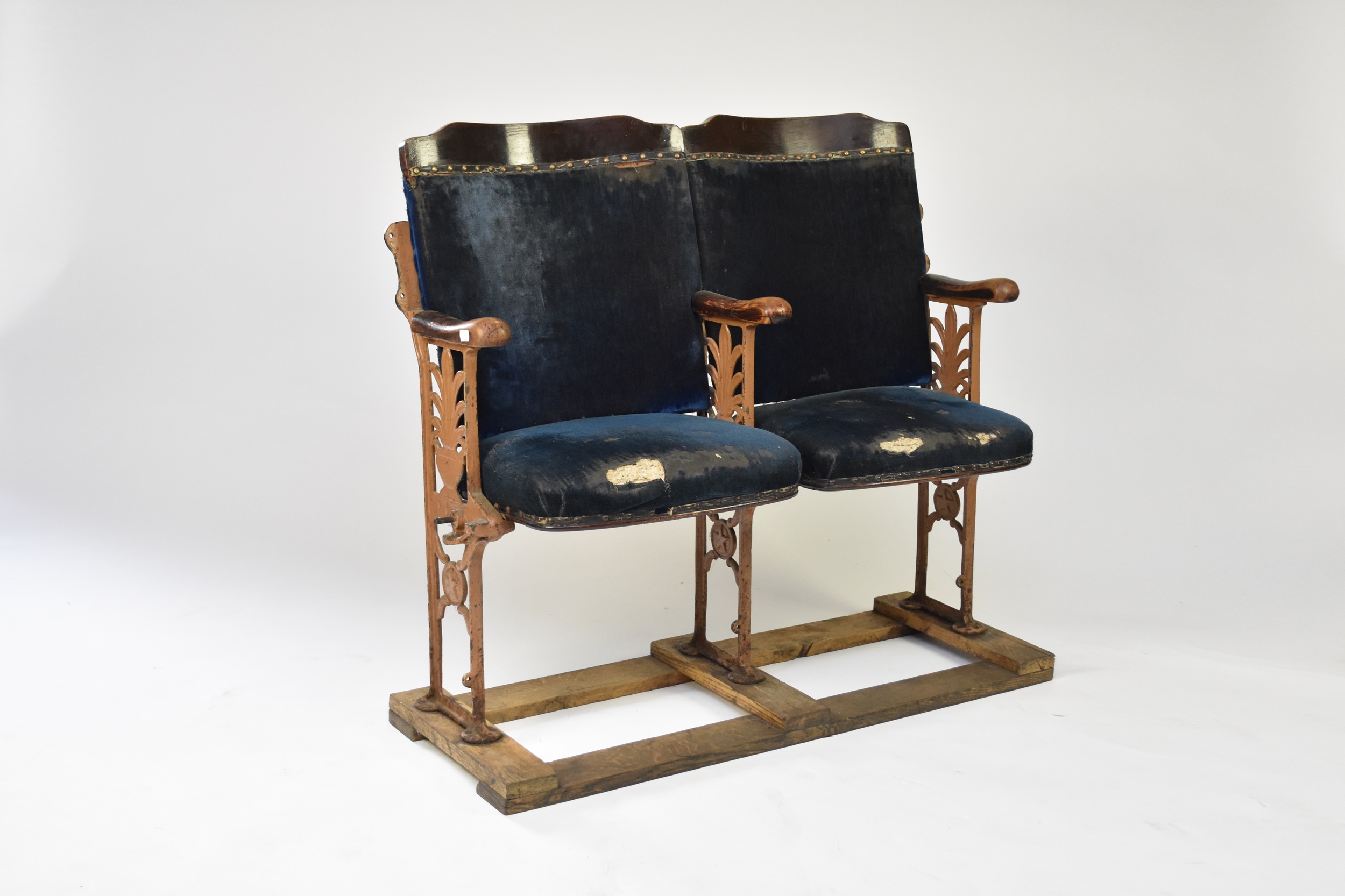 On 14 April, as part of the monthly Antiques & Interiors auction, the Percy's Cafe Bar collection goes under the hammer.  And among the treasures selected are full tiger, leopard and lion skin rugs, a fez-wearing macaque, three human part skeletons, as well as furniture, paintings and other collectables. One of the star pieces, though, is a rare oak or ash double bed by Gillows of Lancaster, almost certainly to a design by the celebrated Bruce James Talbert (1838-1881) in a Gothic revival style.  The sale is sure to attract not only collectors of taxidermy, furniture and object d'art but also, it is hoped, those who know and love Percy's Cafe Bar and want to own a little piece of history from this extraordinary venue.