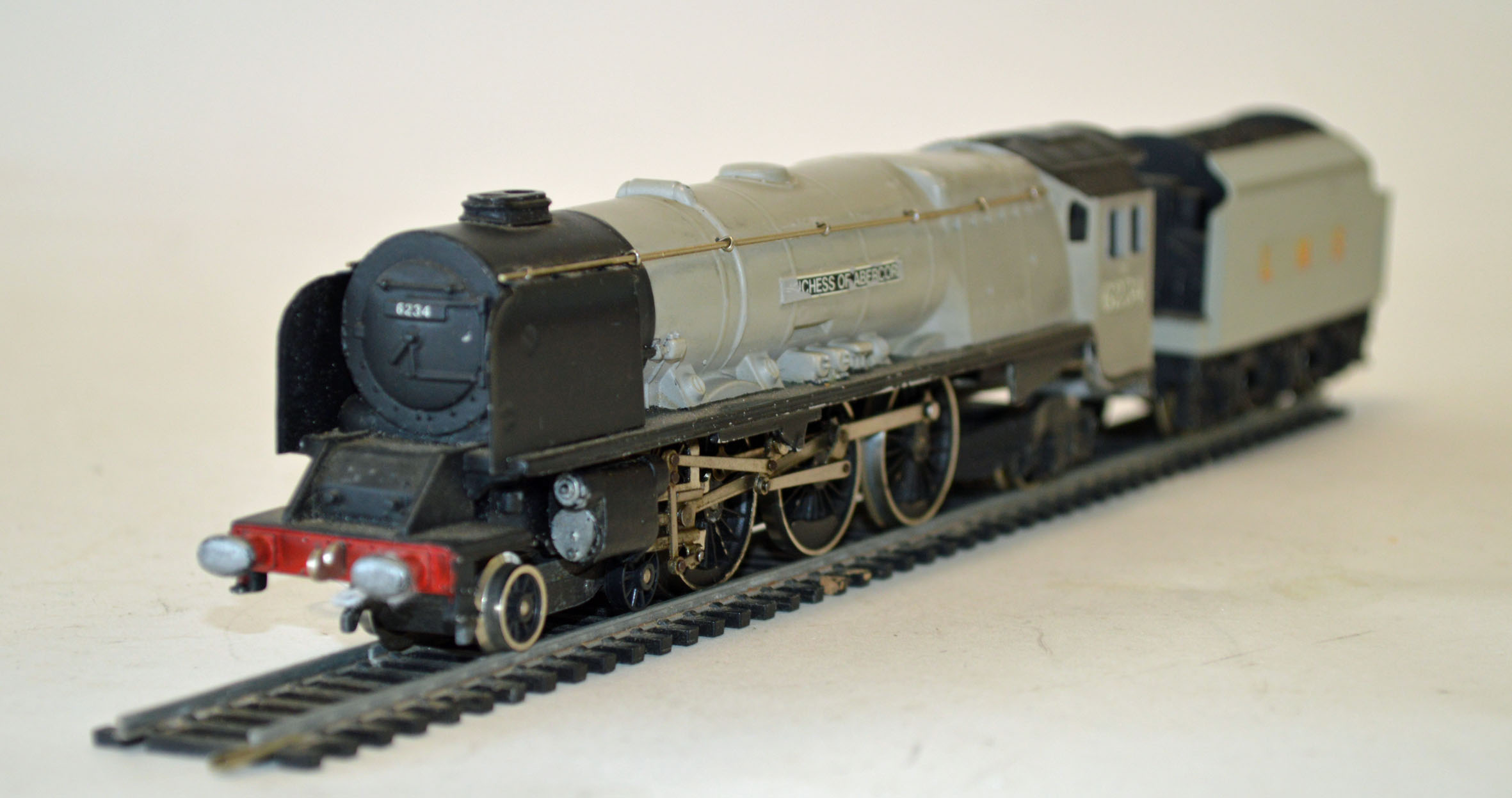 A large ‘00’ gauge model railway collection owned by a Worcestershire collector sold for more than £9,000 at auction in Shrewsbury yesterday (Wednesday).

The collection, which ran to 80 Hornby Dublo and Wrenn locomotives and around 350 pieces of track from a large layout, attracted enthusiastic bidding at Halls’ successful toys and collectibles auction.

Halls’ toys specialist Stewart Orr was delighted by the positive response to the auction, with prices exceeding expectations.

“The owner had built up the collection over many years but had decided to sell it after downsizing home and moving into Worcester,” he added. “It was a running collection with 70 per cent of the locomotives in their original boxes and others in display cases.

“When the owner of Wrenn decided to retire he was determined not to leave lots of unfinished locomotives, so he tended to make low runs of models, sometimes using fictitious names, to get them out of the factory,” explained Mr Orr. “These models are rare and we had some of them in the collection.”

The auction also included the first part of another large collection of Hornby ‘00’ locomotives from a Shropshire collector which sold for £1,200.

Another star lot was a Foden F G 6 Tipper lorry and Dyson Trailer made by James Shackleton and Son, of Sandbach, Cheshire in the early 1950s. The model, in its original blue paintwork, sold for £340.
The company was formed by ex-Foden employee Maurice Shackleton in 1939 and began producing a range of wooden toys including dolls houses and lorries based on Foden models.
The company’s range of diecast models was manufactured from 1948 using separate parts, which could be taken apart and reassembled using a basic tool kit.

“All the components required to build the lorries were made in-house, including the clockwork motor,” said Mr Orr. “These were not traditional toys, rather a piece of engineering and they were expensive to buy.

“When the Korean War broke out in 1950, the British Government banned the use of production metal in diecast toys and that was enough to put the company out of business in 1952.

“The model that we sold was given to the vendor as a child and he had kept it in excellent condition.”

Also in the diecast section, the first half of a large collection of Corgi Classic trucks featuring liveries of most of the well-known UK haulage companies sold for nearly £1,300.

Mr Orr said the remainder of the trucks, which had been collected by a former Shropshire lorry driver, would be sold at the next toys auction in September. Most of the models had never been out of their original boxes, were in immaculate condition and had been kept in a spare bedroom.

Two large collections of unboxed Dinky Toys models, which were in good condition, sold for £1,100 and nearly £700 respectively, again underlining the demand for toys of this type.