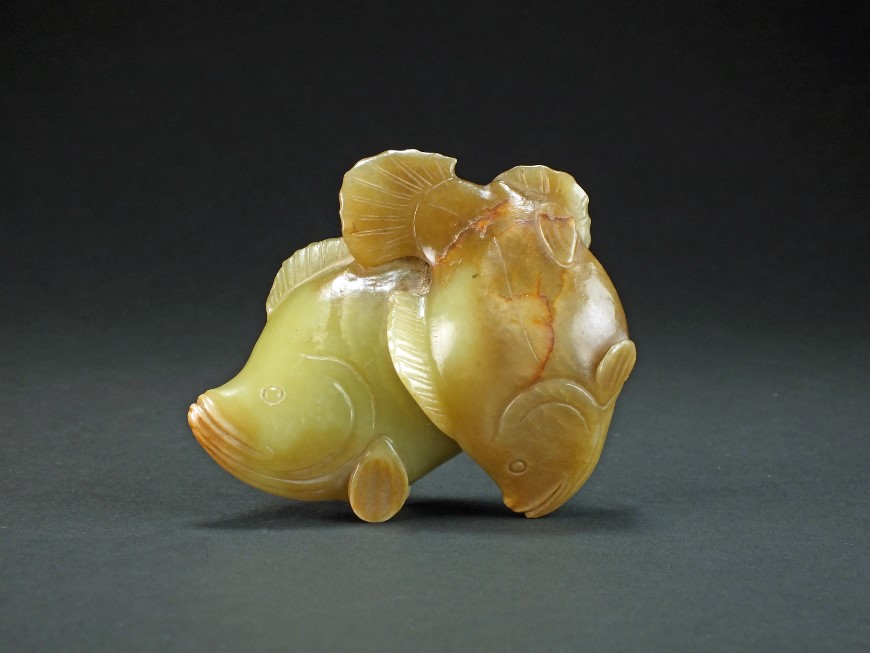 The jade figure sold for £2,600 while the vases, which were consigned from a deceased estate in Montgomery, made £2,500 in the successful Christmas auction.

Works of art included a Rolls-Royce desk timepiece, one of only six crafted by the radiator workshop at the famous company’s factory in Crewe, which sold for £800. One was presented to the Sultan of Brunei on receipt of his 200th car from Rolls-Royce and the others were given to executives from the company and Vickers.

The ceramics section featured a limited edition set of Royal Doulton figures of Henry VIII and his six wives, which sold for £550, while the Asian Art section included a pair of Chinese biscuit famille verte double-walled vases, which made £520.

The auction offered a wide selection of potential Christmas gifts, including a mid-20th century German nativity scene by Goebel, with 12 figures and a stable, which sold for £160.

A small selection of wine and spirits for the festive season included a Heidsieck and Co Dry Monople champagne reserved for England in 1945, which sold for £260, a boxed bottle of John Jameson Very Special Old Whisky dating to the 1970s, which made £130 and 1940 bottle of Niepoorts port bottled in 1945 and decanted in 1967, which made £90.

Two of the more unusual lots were framed strands of hair belonging to Napoleon Bonaparte and US president John F. Kennedy, each certified by Louis Mushro from the Manuscript Society, which sold for £65 and £35 respectively.

Another unusual lot was a framed letter by Bram Stoker (1847-1902), famous author of Dracula, which sold for £95. Stoker wrote the letter on Lyceum Theatre headed paper on behalf of Henry Irving while acting as his personal assistant.

Postcards were in demand as an Edwardian album sold for £460, an album of world topographical views made £440 and an album compiled by Lily Brown from the 1920s onwards whilst she was in service as head housekeeper for Sir Oliver Stanley, MP and Lady Maureen Stanley at Witherslack Hall, Cumbria and Grosvenor Place, London, made £180.
Lily was initially sent to London from Chirk to be in service when she was 14 but, following two unhappy placements, found a position at Witherslack Hall.

Leading prices in the works of art section were £700 for a 20th century Persian Kashan silk rug and £480 for a late 19th century French repeating carriage clock.

The furniture and clocks section featured a Louis XV style kingwood veneered vitrine on stand and a 19th century Vernis Martin style serpentine vitrine, which sold for £1,000 each, a mid-19th century oak double pedestal desk at £75 and a mahogany musical longcase clock at £700.

Jeremy Lamond, fine art director, said he was pleased to end the company’s 2015 auctions with some excellent results and looked forward to an exciting new programme of sales in the new year.