Beautifully decorated and contained within a specially-made purple velvet pouch, but otherwise fairly typical of the period, it would perhaps be easy to overlook this case without knowing the backstory.

Coming up in our Spring Fine Art sale is an Italian silver cigarette case with fascinating provenance – which, by family repute, states that this cigarette case was a personal gift to the Supreme Commander of the German Navy, Admiral Dönitz, from Italy’s wartime leader Benito Mussolini.

This case was consigned by a direct descendent of the original ‘acquirer’, one Major William Cole who served in the British Intelligence Service from 1940-46 and who was also present at the Nuremberg Trials. Although we often hear stories which have travelled down through the family, sometimes becoming elaborated or misconstrued as the years wear on, it was immediately clear that this object warranted further research to try and piece together its history.

Opening the case up, we immediately noted that this was indeed engraved with Mussolini’s signature alongside the date 22nd July 1944 (Juglio 1944 – XXII). After careful research, it became clear that Mussolini gave out several such items to people he considered potential allies or friends. In a market which has sadly become one which is abounded by fakes and reproductions, such a historical precedent is very important. A very similar case was, for example, given to Federico Stallforth at some stage prior to 1941. As a prominent New York Businessman and long-time personal friend of Hitler, Stallforth actively dealt with both the German Foreign Office and Axis opposition with promises of postponing entry of the United States into World War Two – an endeavour which ultimately left him as “persona non grata” with a revoked US passport status. 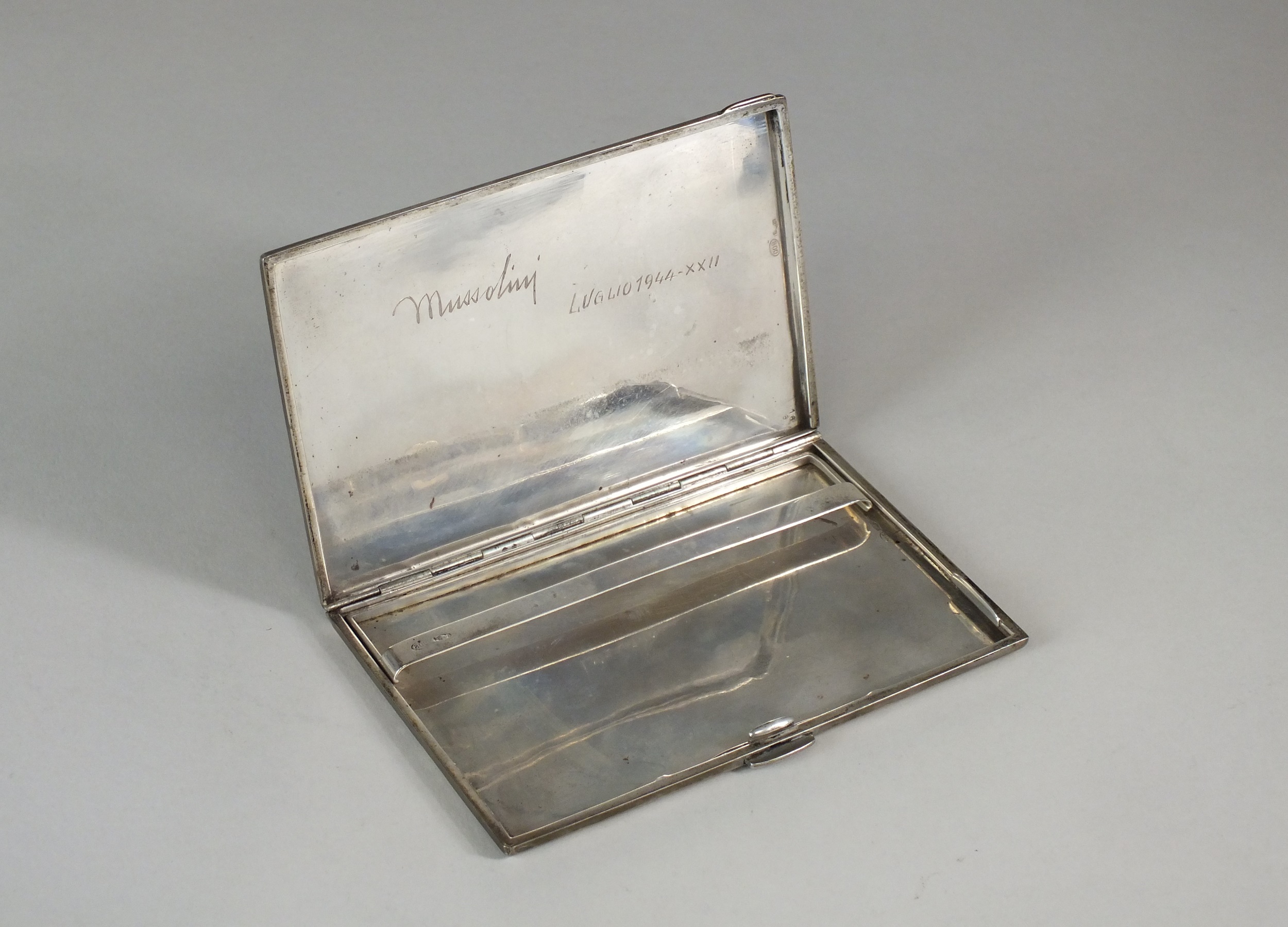 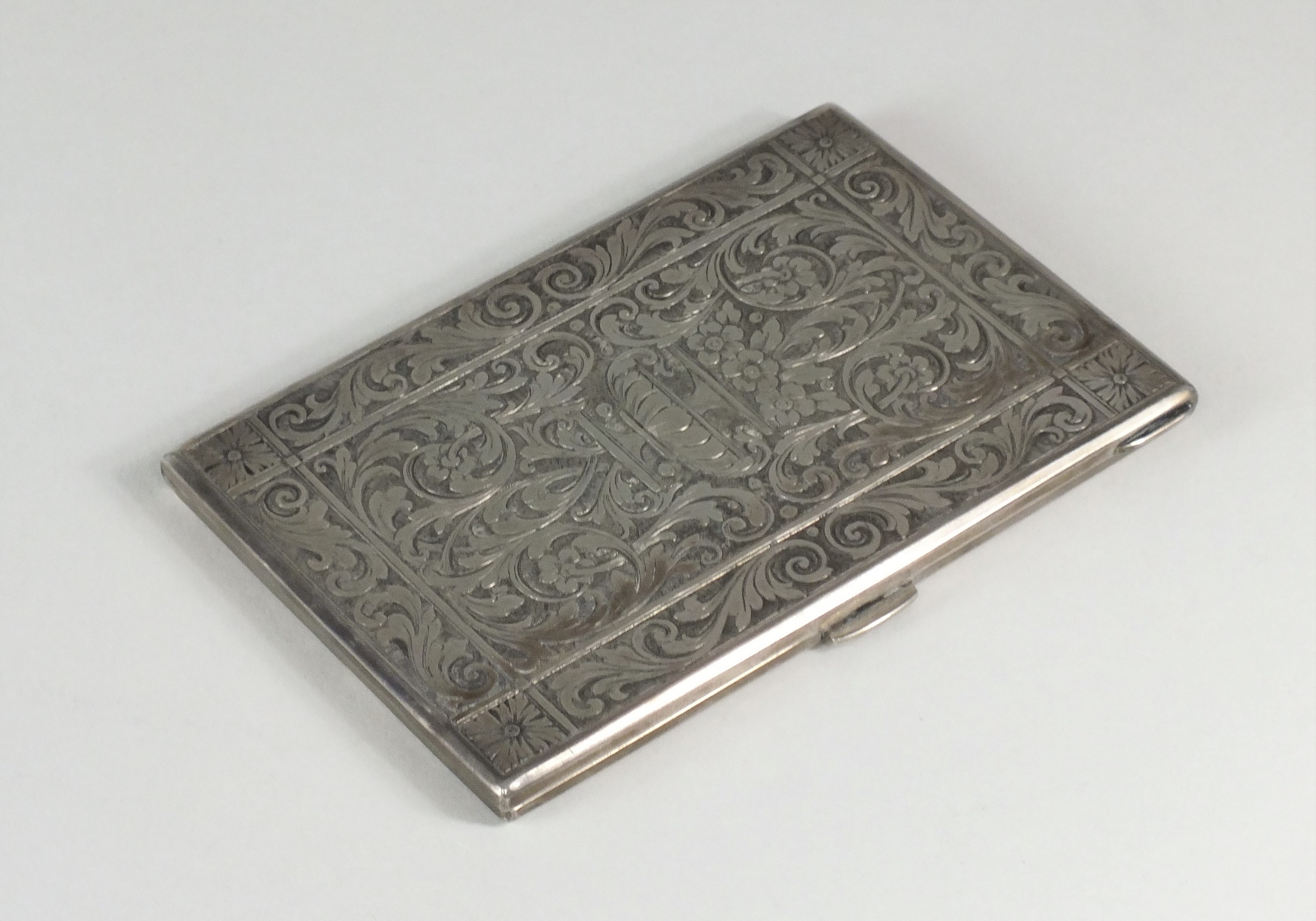 Turning to the inscribed date of 22nd July 1944, further research shows that it does indeed correspond with a recorded meeting between Hitler, Mussolini and Donitz at Wolfsschanze. Shortly after the failed assassination on Hitler, Mussolini arrived there on the 20th July, with Donitz giving a radio broadcast speech the day after. On the following day, which coincides with the date on this case, all three leaders are even photographed talking together. It is quite possible, therefore, that this was when the case was exchanged.

Although how Major Cole acquired this item is sadly lost to family history, it could well have been picked up either after Dönitz’s arrest or at his later proceedings in the Nuremberg Trials. Perhaps importantly, other personal items belonging to Dönitz were known to have been “procured” by Allied Forces. After his detention alongside other members of the provisional government, several bags of Dönitz’s personal belongings were acquired by the King’s Shropshire Light Infantry who acted as the arresting force. Perhaps the most famous of these looted items was the Field Marshall baton, which now resides in our very own Shrewsbury Regimental Museum.

Estimated at a speculative £700/£900, it will be exciting to see just what the bidders think of this item on the day and I look forward to seeing where the final hammer falls.