Important Caughley collection to be sold in home county of Shropshire

Important Caughley collection to be sold in home county of Shropshire 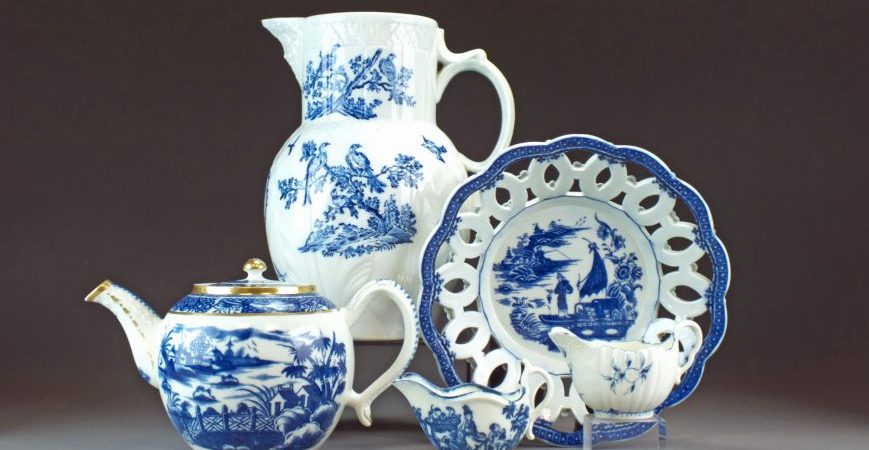 The collection belongs to the Rev Maurice Wright and his wife, Janet and extends to more than 400 pieces and is valued at around £70,000. It has been consigned to our Country House Auction on April 26.

A special private viewing evening is being arranged prior to the auction for members of the Caughley Society, of which Mr Wright is president. Each of the pieces has full provenance and many are extremely rare, with auction estimates expected to range from £50 to £5,000.

Mr and Mrs Wright, who live near Shrewsbury, have collected the porcelain since the 1970s and he was a joint author of the definitive Caughley reference book.“It’s the best and most comprehensive collection of Caughley that we have ever sold,” said Caroline Dennard, our’ European ceramics specialist. “It’s a lifetime’s work and Mr and Mrs Wright have dedicated their spare time to collecting. Because it was an academic interest and not an investment, there are some chips and cracks in the collection.

“Mr Wright has been responsible for some of the scholarship behind the Caughley reference book and more than 80 of the pieces in the collection are featured in the book. Having enjoyed collecting over the years, he is now selling the collection and it is already creating huge interest amongst Caughley collectors nationwide.” Two other small collections of Caughley, amounting to 30 pieces, will also be going under the hammer in the same auction. The pieces include a pounce pot valued at up to £3,000. We have previously sold two large Caughley collections. Professor Charles Bawden’s collection made £31,000 two years ago and a Worcestershire collection sold for £56,000 in 2010.

The importance of the Wright Collection is that most of the patterns are represented, including some that are unique.The Caughley Society, formed in 1999, aims to educate, promote and share research and study in all matters relating to Caughley porcelain. The society meets twice a year at the Coalport China Museum site near Ironbridge.

Other early entries for the auction include a collection of 18th century English porcelain figures by Derby, Bow, Chelsea and other makers. The 27 figures, which come with an archive of research, have been owned by a family for around 50 years and are expected to sell for between £8,000 and £12,000.or more information about the auction contact us on 01743 450700.