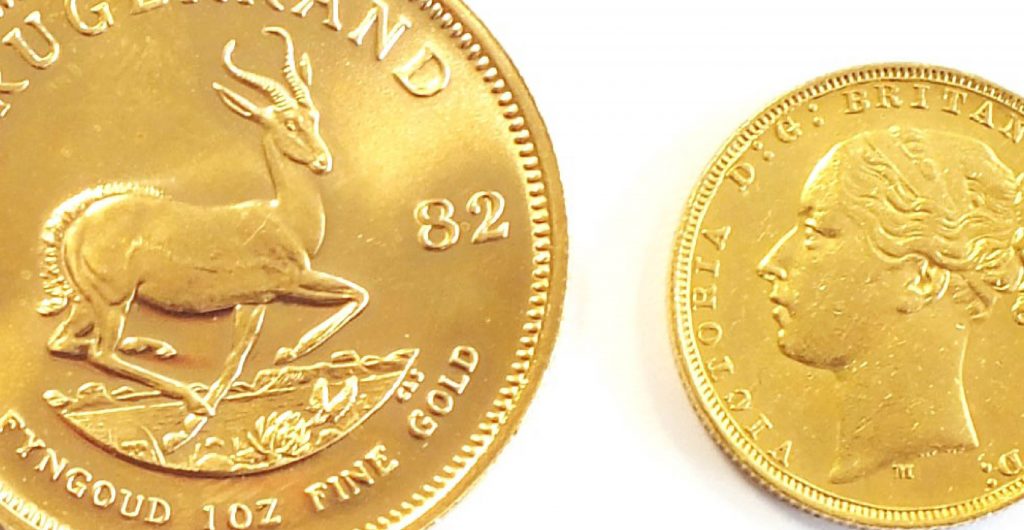 31 July 2017
A Shropshire collector’s large collection of coins, medals, tokens and banknotes is expected to sell for more than £15,000 when it goes up for auction in October.

Coins and medals specialist Derek Ainsworth is busy cataloguing the collection for Halls Fine Art who will be including it in their Fine Pictures, Silver, Jewellery and Coins Auction Wedneday 18th October.

Mr Ainsworth said the collection was amassed over a period of around 40 years and includes gold, silver and bronze coins, medals and tokens. The coins include a George I gold half guinea while there are coronation and jubilee medals for Queen Victoria and Kings Edward VII and George V.

Halls have also received another collection of medals from a Pembrokeshire vendor which includes a Waterloo medal awarded to Smith Fife of the 42nd Royal Highland Regiment Infantry, which later became the Black Watch.

The medal, which was awarded after the Battle of Waterloo, when Napoleon Bonaparte’s French army was defeated by an Anglo-led Allied army under the command of the Duke of Wellington. Smith Fife fought at Waterloo and in the preceding Battle of Quatre Bras.

The collection also includes medals from India, Crimea and Sudan and a Distinguished Service Medal Group, which is being researched.

Two more collections feature modern British commemorative gold and silver coins, one of which is valued at up to £4,500.

“Based on the collections we have already received, the October 18 auction is going to have a very strong coins and medals section,” said Mr Ainsworth. “We are delighted to be attracting so many superb collections from Shropshire and surrounding counties and from as far away as North West England and Pembrokeshire which adds to Halls’ growing reputation for selling coins and medals.”

For more information about the auction, contact Halls on Tel: 01743 450700 or email fineart@hallsgb.com