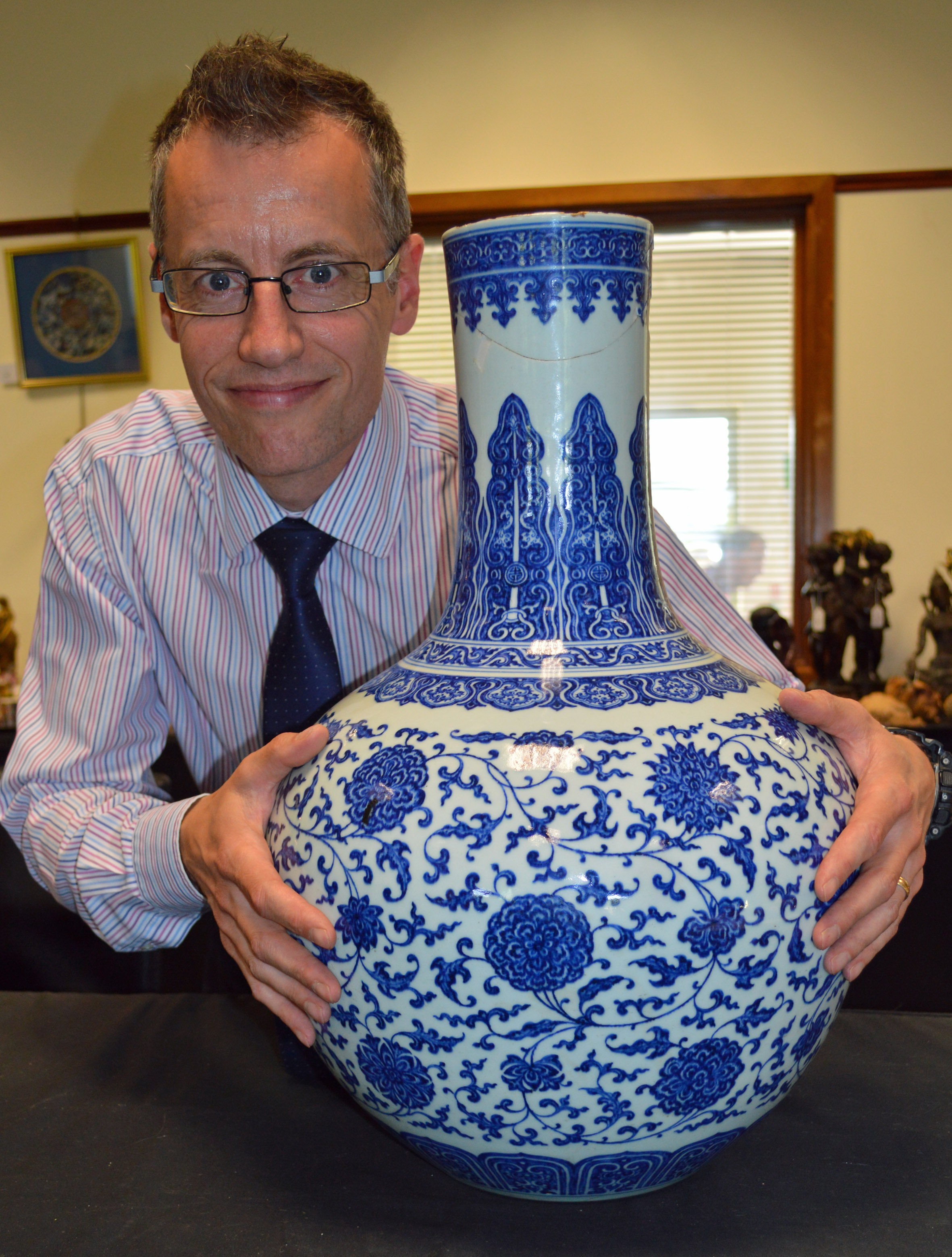 When we think of Chinese porcelain, the image it almost always seems to conjure is a blue and white vase. Possibly the reason for this is that among the earliest examples that found their way to the West via the emerging trade routes of the middle Ming Dynasty were blue and white.

As East-West trade solidified, production of porcelain specifically for export developed and this was predominantly blue and white. The style of decoration duly influenced potters in Europe and Britain, first on earthenwares glazed with tin oxide to give them a white appearance, known as Delft or Faience. Then, as techniques evolved and the secrets of porcelain production were unlocked, here too the Chinese influence was dominant.

It has to be said that there is something uniquely pleasing about the contract between a pure white porcelain and a rich cobalt blue, the two colours just seem to work together so well. Clearly, the decorative charm in the simplicity of blue and white, coupled with the elegance of Chinese painting, had a lasting appeal, as it is still felt today. The ‘Willow’ pattern, for example, which must be familiar to everyone, borrowed from Chinese originals when it first appeared in the late 18th century, remains a tableware staple still produced 200 or so years later.

Chinese production of porcelain during the mid to late Ming Dynasty, 15th-17th century, polarised into export and domestic production. Within the domestic there was Imperial porcelain – reserved for the emperor’s court – and everything else from functional to decorative.

While all Ming and later Qing Dynasty ceramics and other works of art remain in high demand, it is the domestic rather than the export that commands the greatest attention. The prize for collectors both East and West today, therefore, is the rarest and most expertly produced Imperial examples. As these become harder to find with good provenance, prices continue to rise.

Slightly more accessible is Imperial quality porcelain, either direct replicas of pieces in the Imperial collection or made to the same standards in the Imperial kilns at Jingdezhen. Those pieces made in private kilns are, nevertheless, in demand given the right age, decorative quality, condition and provenance.

Blue and white porcelains seem to have been in particularly high demand in the last 18 months or so, with some very high prices being achieved at auction. Export wares still lag behind domestic examples but still sell well.

Among the best results recently are pieces made in the Qing Dynasty (1644-1912) but in the Ming style, particularly those produced during the reigns of the Emperors Yongzheng (1723-1735) and Qianlong (1736-1795). There is a precision and intricacy to the decoration that is very much of its time but a reverence for the techniques and styles of the Ming period.

So detailed were the artists that they adopted a method known as ‘heaping and piling’, building up the underglaze cobalt to form dark inky patches which replicated quite accidental black spots caused by manganese impurities in Persian sourced cobalt, commonly used in China at the time.

One such piece was recently sold at Halls and achieved a terrific price despite being damaged. It was a magnificent and very large bottle shaped vase, known as tianqiuping, decorated with profuse flowers and foliage including lotuses, peonies and camellias, and bearing a Yongzheng reign mark.

The rim had been broken with a section missing which led us to a conservative estimate of £6,000-10,000. That estimate was swiftly exceeded when bidding started on the sale day, ending at an astonishing £150,000. In perfect condition, I expect that result would easily have been doubled.

With so much export porcelain as well as later reproductions and fakes sloshing around the market, our job as valuers can be tricky as well as time consuming. But real gems are still out there waiting to be found and the next big result could well be a nice bit of blue and white.