An early still life painting by modern British artist and sculptor Michael Ayrton discovered at an antiques valuation event in Southport is to be sold in November by experts from one of the country’s leading regional fine art auction houses. 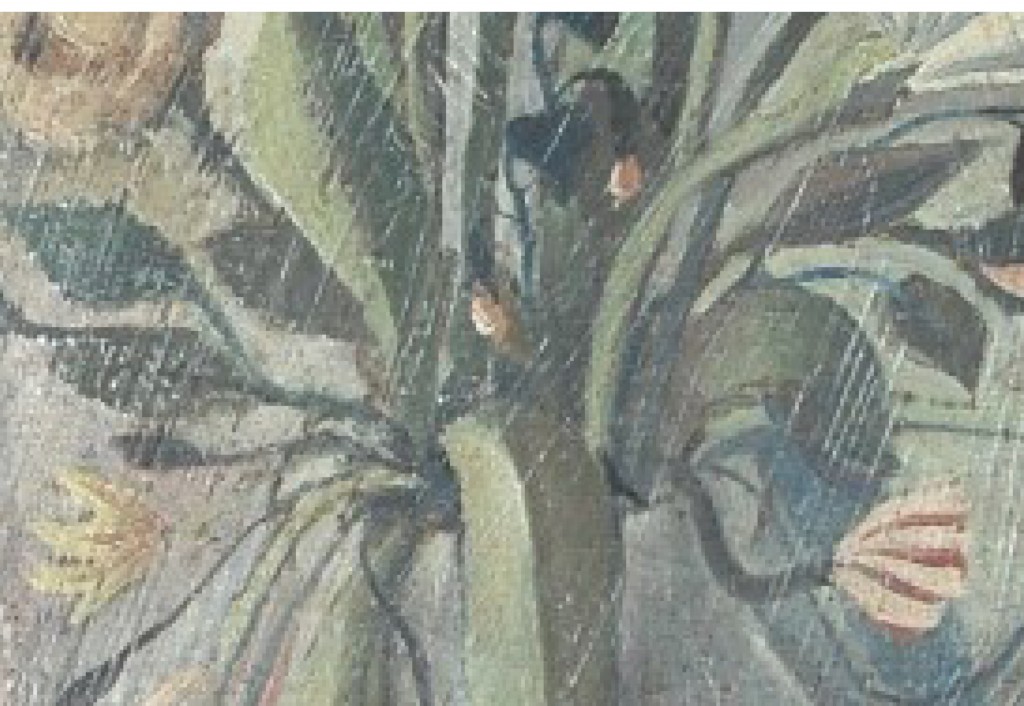 An early still life painting by modern British artist and sculptor Michael Ayrton discovered at an antiques valuation event in Southport is to be sold in November by experts from one of the country’s leading regional fine art auction houses.

The painting, which has been estimated at £3,000 to £5,000, was brought in to the second in a series of free antiques valuation events held by experts from Shrewsbury-based Halls at the Tithe Barn, Meols Hall, Churchtown.

The third free event is being held at the venue on September 8 from 10am to 3pm. Anyone wishing to make an appointment with a specialist from Halls is asked to contact the company on Tel: 01743 450700.

James Forster, head of the picture department at Halls, has entered the significant oil painting in the company’s November selected fine art auction.

“The painting, which is one of Michael Ayrton’s early works, was consigned by a lady who lives locally,“ said Mr Forster. “This work has never been in the open market and also has a wonderful provenance. The artist gifted the work to the vendor’s husband in the 1940s, as they were friends and it has remained within the same family ever since.”

Ayrton (1921-’75) was known as a painter, printmaker, sculptor, designer, critic, broadcaster and novelist. As a stage and costume designer, he worked with John Minton on John Gielgud’s 1942 production of Macbeth and was book designer and illustrator for Wyndham Lewis’ ‘The Human Age’ trilogy and collaborated with Constant Lambert.

Born Michael Gould, the son of the poet Gerald Gould and Labour politician Barbara Ayrton, he took his mother’s maiden name professionally. He studied art at Heatherley School of Fine Art, St John’s Wood Art School, at the Albertina, Vienna and in Paris under Eugene Berman where he shared a studio with Minton.

He held an exhibition with Minton of their designs for Macbeth at the Leicester Galleries in 1942, which was the year he was invalided out of the RAF. He went on to teach drawing and theatre design at Camberwell School of Art for two years, was art critic for The Spectator from 1944–6 and author of British Drawings 1946, Hogarth’s Drawings 1948, Tittivulus 1953 and Golden Sections 1957.

He travelled to Spain and attempted to enlist on the Republican side in the Spanish Civil War, but was rejected for being under-age.

He began to make sculpture in 1958 and, beginning in 1961, wrote and created many works associated with the myths of the Minotaur and Daedalus, the legendary inventor and maze builder, including bronze sculpture and the pseudo-autobiographical novel ‘The Maze Maker’. He also wrote and illustrated ‘Tittivulus Or The Verbiage’, an account of the efforts of a minor devil to collect idle words.

He died in 1975 and, two years later, Birmingham Museum and Art Gallery organised a major retrospective exhibition of his work, which subsequently went on tour. His work is in several important collections including the Tate Gallery, London, National Portrait Gallery, London, Museum of Modern Art, New York and Fry Art Gallery, Essex.

Halls aims to provide a professional antiques valuation service to people living in the Southport area, which senior auctioneer and valuer Andrew Beeston knows well from his time working for Phillips and Bonhams.

“Visiting the area again has reinforced my view that Southport is an area in which Halls ought to have a presence and we have been delighted with the warm welcome we have received from local people,” said Mr Beeston