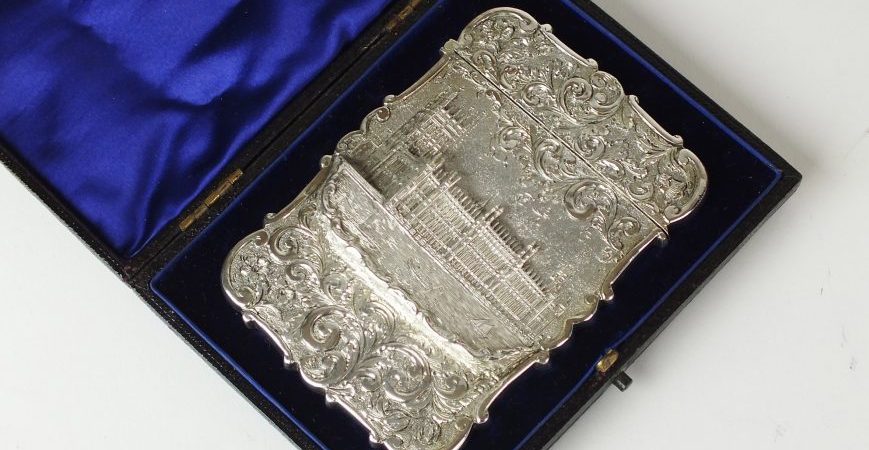 A collection of 100 gold sovereigns, all dated 1966, from the estate of a South Shropshire collector are expected to sell for around £20,000 when they go up for auction in our fine pictures, silver and jewellery auction in March.

Other early entries accepted include a pair of silver entrée dishes made by Paul Storr, one of London’s leading manufacturing silversmiths of Georgian era. The dishes, consigned by a Newtown vendor, are valued at up to £8,000.

Also consigned to the auction are 18 carat gold stamp replicas of the 700th anniversary of parliament and one made to commemorate late British wartime Prime Minister Sir Winston Churchill, which are valued at around £900 and £700 respectively.

An Omega de Ville pendant watch valued at up to £500, a silver castle top card case by noted Birmingham silversmith Nathaniel Mills at up to £600, a nine carat gold cigarette case at up to £500 and an Asprey silver model of a Pekinese dog at up to £200 are also set to go under the hammer.

Miss Lineker-Mobberley is still accepting silver and jewellery entries for the auction and may be contacted on Tel: 01743 450700.