Celebrity antiques expert Tim Wonnacott has spoken of his delight at returning to Shropshire to film with the team from popular BBC series ‘Bargain Hunt’. 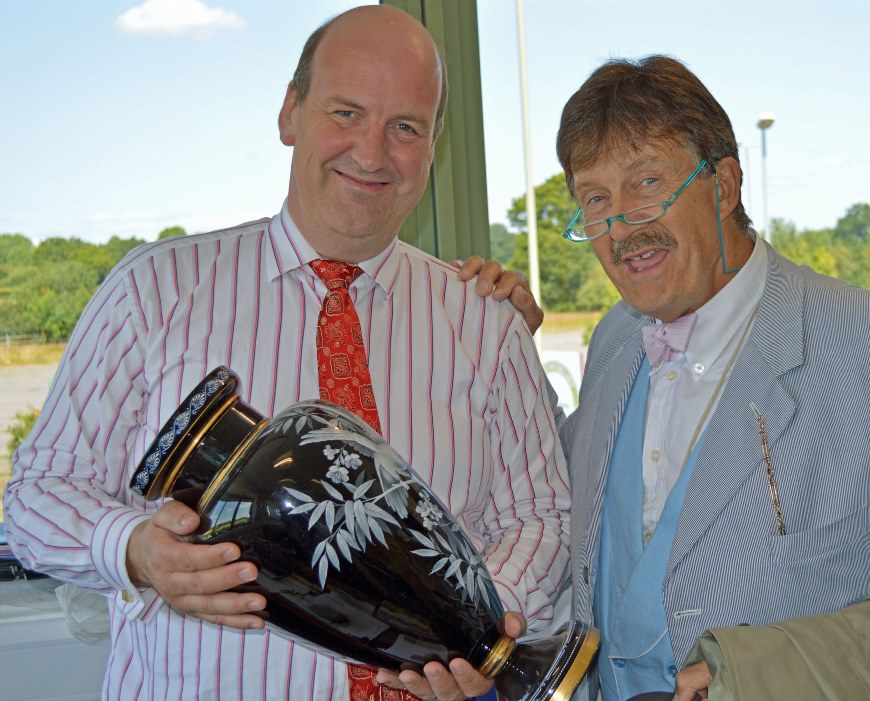 Celebrity antiques expert Tim Wonnacott has spoken of his delight at returning to Shropshire to film with the team from popular BBC series ‘Bargain Hunt’.

“It was, as usual, a treat to come to Shropshire to visit the premier auction house in the West Midlands and to stay at Soulton Hall, with its great hospitality and food,” he declared after finishing filming at Halls’ interiors auction in Shrewsbury yesterday (Wednesday).

“I have a great affection for Halls and I think the facilities here are fantastic. Everyone enjoyed the visit although readers will have to wait to discover if any of the teams made a profit.”

Mr Wonnacott is no stranger to Halls, having filmed at the company’s Battlefield salerooms twice last year and several times at the former Welsh Bridge salerooms in the town. He also performed the official opening of the new salerooms.

He and the ‘Bargain Hunt’ team filmed on Tuesday and Wednesday when teams sold items which they had bought at an antiques fair in Builth Wells. The resident antiques experts with the teams were Phillip Serrell and Ben Cooper.

“It’s always a pleasure to welcome Tim and the Bargain Hunt teams because they attract extra interest and create a lively atmosphere in the saleroom,” he added.