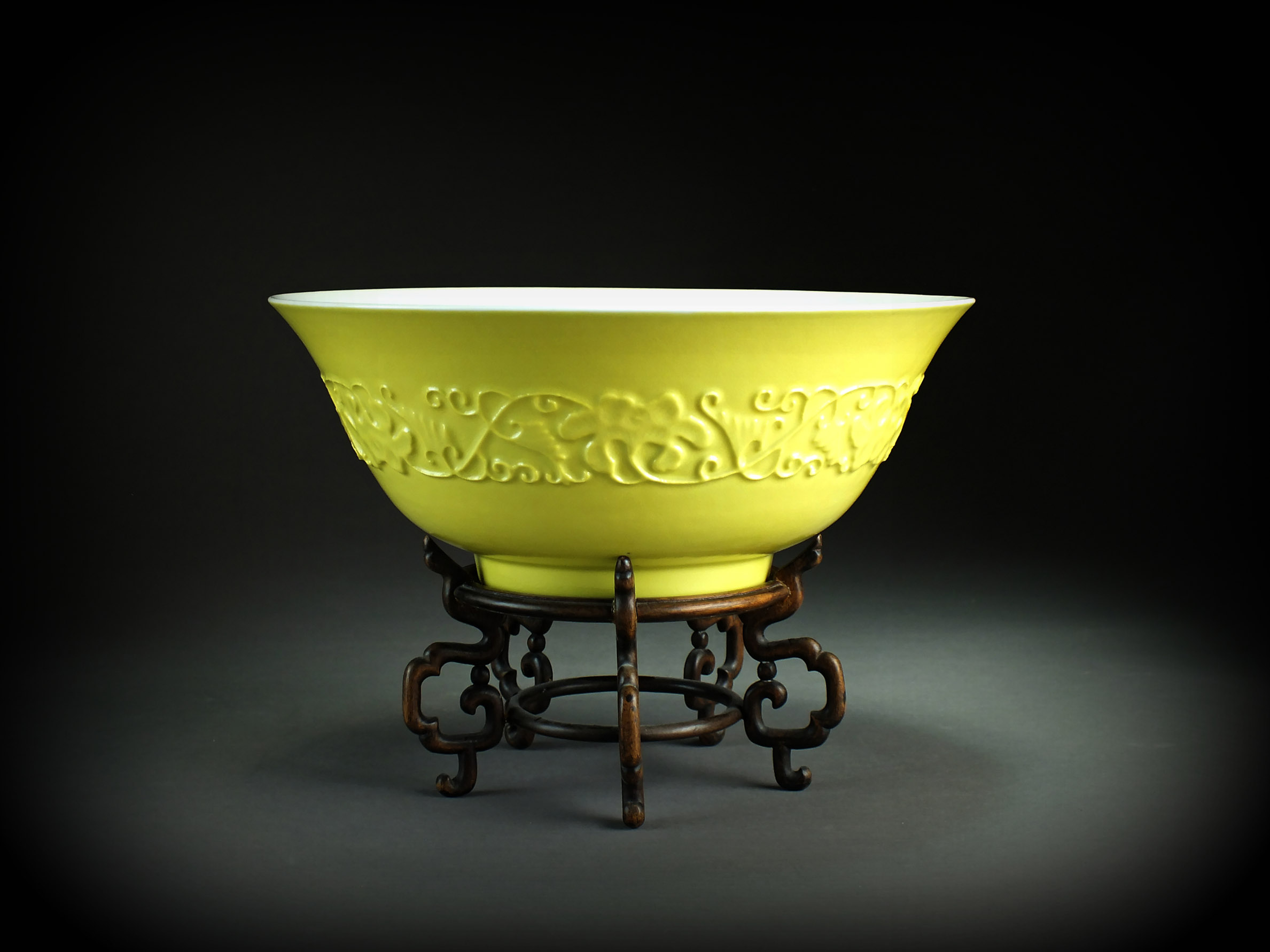 08 November 2017
Eight precious objects due to be sold later this month were promoted to international buyers at the 20th annual Asian Art in London festival at the weekend.

The Association of Accredited Auctioneers (AAA) conducted a special viewing event of forthcoming auction highlights in St James’s on Sunday. Halls were one of the association members that took part, to promote our Asian Art auction on Wednesday, November 22.

The two most admired and viewed objects from Halls were a hexagonal shaped vase with guan type glaze from an American vendor, which is valued at up to £12,000 and a pear-shaped ‘Empress’ vase decorated with birds in flowering branches consigned by a Southport vendor and valued at around £5,000.

Other well viewed objects included a mallet shaped, yellow ground vase decorated with delicate lotus flowers and foliage and a finely painted continuous landscape and a rare Chinese lemon-yellow moulded bowl, which bears the Daoguang mark and is probably period. Each object is valued at around £20,000.

Mr Clement said one of the reasons he chose to take eight precious objects to promote was because the number eight is lucky in Chinese culture. He believed a smaller number of quality objects had greater impact.

“All eight objects were very well viewed and the feedback was very positive,” he added. “I think the objects that we promoted all have potential to do very well at auction, but two in particular stood out.”

Timed to coincide with the influx of art and antiques buyers for the Asian Art in London Festival, the event is one of many that make London a magnet for the world’s main collectors of Asian art in the second week in November.

AAA represents 20 of the most prominent regional auctioneers in the UK. Together its members seek to promote the high professional standards, the personal service and the exceptional items they offer.

Founded in 2012, AAA has its spotlight turned firmly on the burgeoning Asian market, particularly China where the association conducted two pioneering auctions in 2013-14.

Exposure in the Far East remains a central aim of the AAA and the huge recent changes in the marketplace – changes in taste and technology – ensure members’ auctions are viewed by clients all over the world. www.the-aaa.com.

Having sold a rare but broken Chinese vase for £150,000 in July, Halls has attracted enquiries from the United States, Canada, Spain and across the UK for its November Asian Art auction.