Paintings and Prints Department Specialist Abigail Molenaar talks about a painting by the much loved artist Hugh Cameron up for auction next month.

Coming up in our Spring Fine Art auction is this large idyllic panorama of children playing on the sea shore by Scottish artist Hugh Cameron (1835-1918). The painting has been within a private collection for the last 31 years and at its previous outing on the market achieved the record for the highest price for a Cameron work at auction.

Cameron’s work focused on depicting the everyday life of Scottish people and his paintings including children, particularly on the beach, are the most sought after by collectors. Cameron had a very idyllic style of painting, his compositions always casting a rather tranquil and calming mood for each setting. 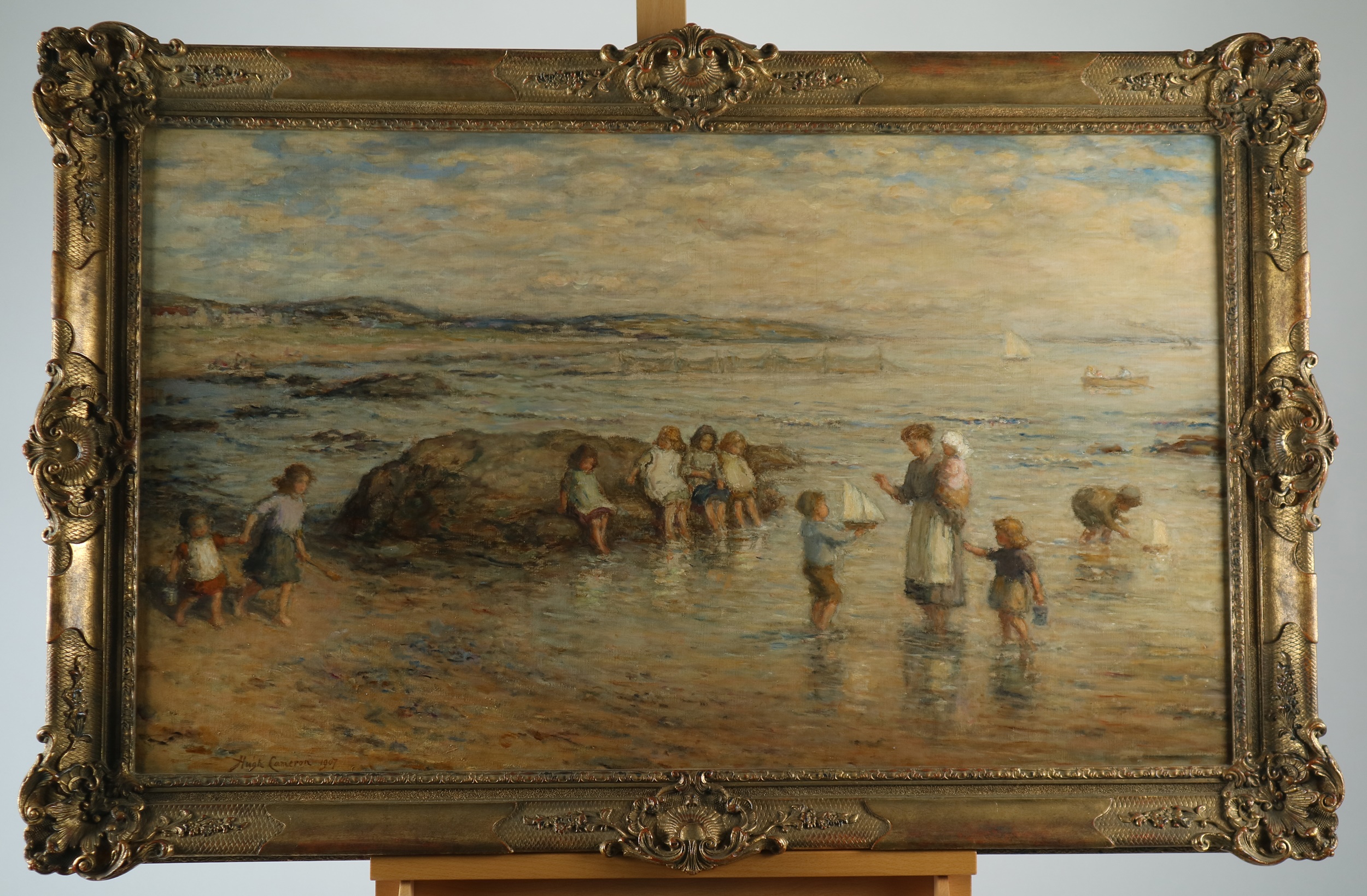 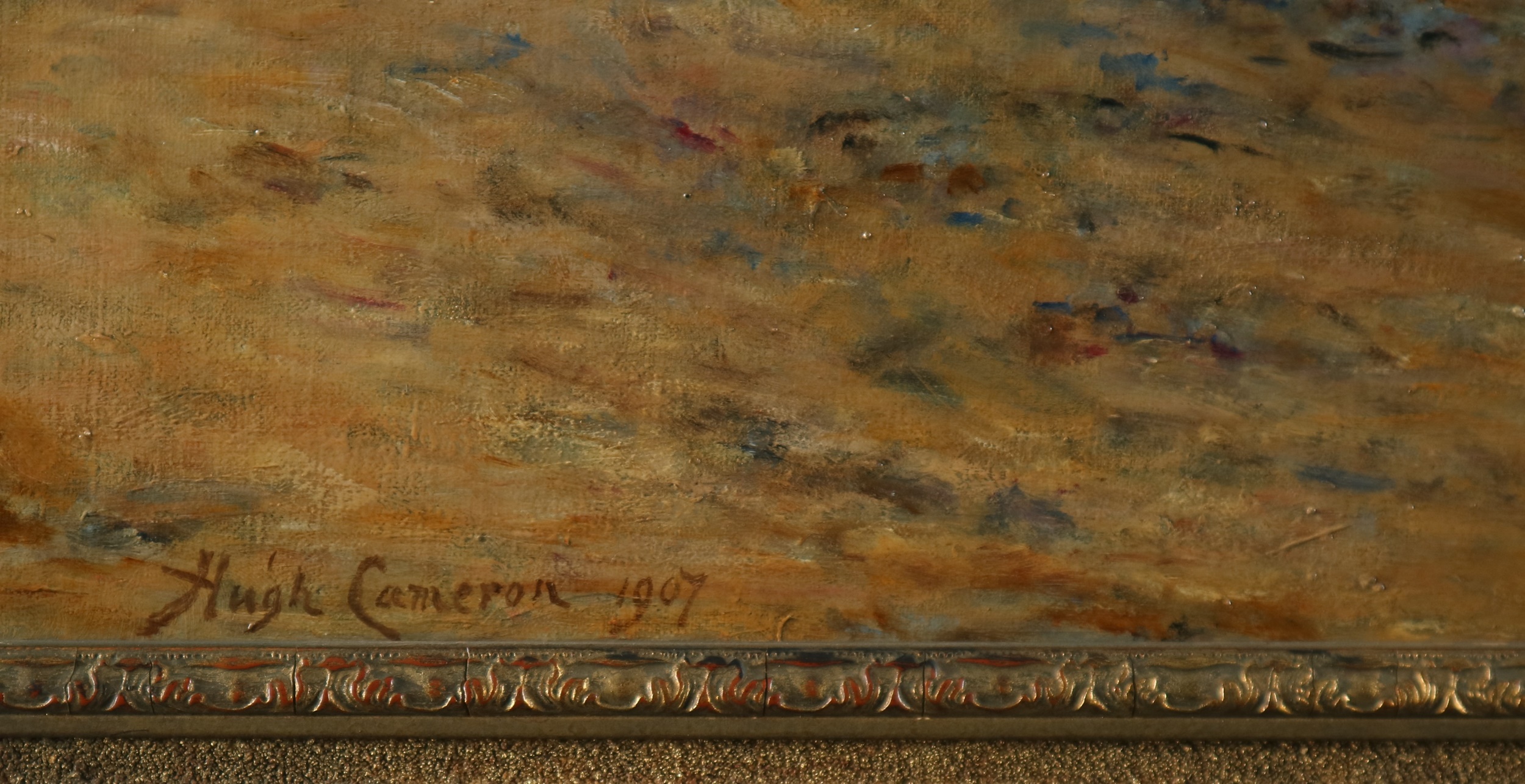 This stunning painting is a true showcase of Cameron’s ability and skill as an artist and clearly demonstrates his admiration for the Hague School of painters. The small group of young girls seated on the rock, dangling their feet into the water and the mother paddling with her toddler in her arms, young daughter tugging at her skirt while her son shows off his little sailboat, is a scene that is so relatable and transports the viewer straight into a warm summer’s day at the coast.