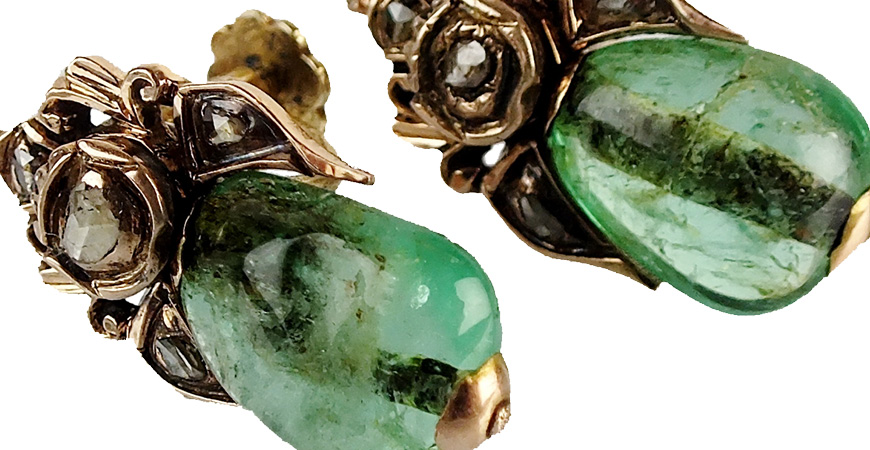 As a valuer I never cease learning. Recently, I attended a lecture by Antiques Roadshow jewellery specialist, John Benjamin and came away with numerous nuggets of information to expand my professional knowledge. The focus was a chronology of jewellery from 16th century to present day with regards the impact of social and political changes on style, fashion and availability.
One of the subjects was the escalating rarity, on the market, of pre-mid-19th century pieces. Ranging from diamond set parures to natural pearl necklaces and long enamelled gold chains, pre-1850 jewellery is highly sought after by private and trade buyers due to its scarcity. Why, you may ask, is there a shortage of such pieces when we live in a country steeped in wealth and history?
The discovery of diamonds in South Africa in the late 19th century is a defining factor. Prior to this, diamonds were primarily sourced in India and due to their ‘alluvial’ nature, meaning they were found in river beds, they were of very high quality and quite sparse. The sudden abundance of diamonds, provided by South African deposits, meant these precious stones were now available to the masses. The vast quantities available also meant advances were made in how they were faceted, leading to the most famous of cuts, the ‘brilliant’. ‘Cheap’ diamond set jewellery was manufactured for the middle classes whilst the upper classes often chose to ‘redesign’ their jewellery with the diamonds re-cut and mounted to reflect changing fashions.
Furthermore, the evolution of the ‘cultured’ pearl in the early 20th century, resulted in a decline in demand for natural pearls, plus gold chains from the Georgian period were being melted down for use in other pieces. This has resulted in a rarity of early jewellery, now reflected in the high prices they achieve.
If you would like to know what your jewellery or silver may achieve at auction please contact us for advice.