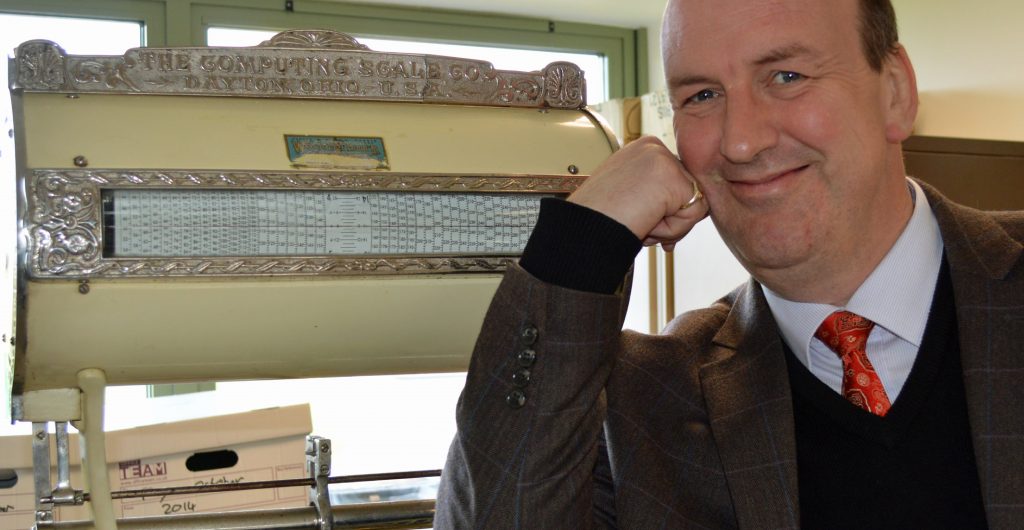 />A piece of American computing history is due to go under the hammer in our July Country House Auction this summer.

Valued at up to £500, antique weighing scales made by the Computing Scale Company of Dayton, Ohio between 1900 and 1910, will be sold on Wednesday 19th July.

In 1891, Edward Canby and Orange O. Ozias, two businessmen from Dayton, purchased the patents for the newly invented computing scale and incorporated the Computing Scale Company to produce commercial scales.

The business became part of the Computing-Tabulating-Recording Company formed in 1911 and then an IBM division in 1933. The Dayton Scale Division was eventually sold to the Hobart Manufacturing Company when IBM decided to stop marketing scales to retail stores.

Halls’ fine art director Jeremy Lamond said the scales had been consigned by a Shrewsbury vendor and were a fascinating glimpse of America’s computing history.