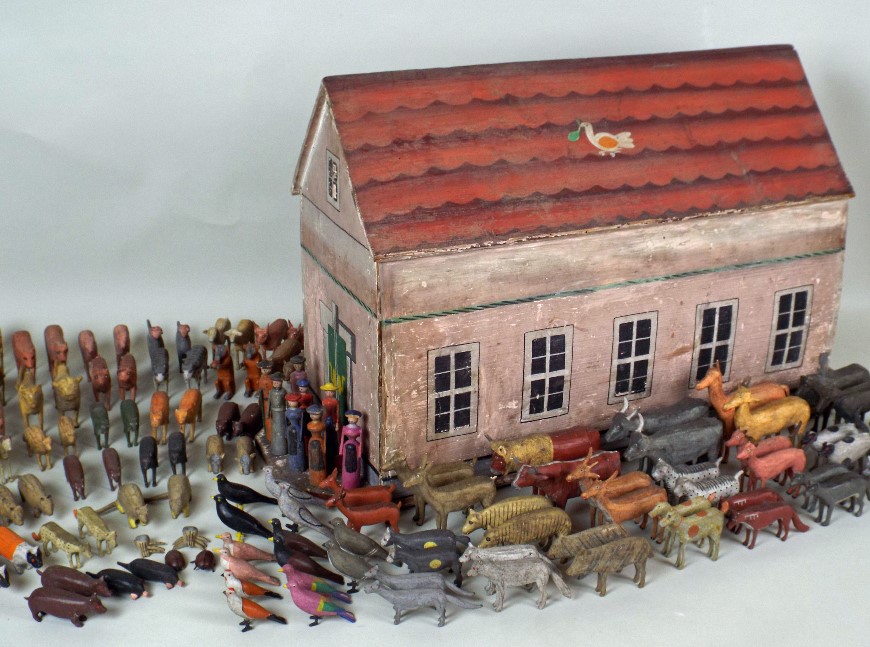 The 19th century model of Noah’s Ark and animals has been entered in the fine furniture, European ceramics and works of art auction at the Battlefield salerooms in Shrewsbury on April 15.

Due to the ark and several of the animals being damaged, the lot carries an estimate of up to £1,500, but in perfect condition its value would probably increase tenfold.

The flat bottomed ark with a sliding front is 65cms long and it comes with 134 pairs of carved wooden animals and part sets of Noah and his family.

Halls’ senior auctioneer and valuer Andrew Beeston said the Ark and animals would have been made in around 1870 and complete sets in good condition were rare to find.