7 Things You Didn't Know About the Ukulele

Senior Valuer Alexander Clement explores the humble instrument beloved of film stars and rock gods, teasing out seven things you might not know about its history.

One –They were invented by Portugese sailors in the 19th century

Technically a member of the lute family, the ukulele was introduced to Hawaii by immigrants from Madeira and became the national instrument of the Hawaiian Islands.  From there it gained popularity in the United States and also Great Britain, thanks to entertainers like George Formby who also played a banjolele (see number six).

With four strings, usually of nylon, the ukulele is tuned G, C, E, A.  Players often use the tuneful mnemonic “My Dog Has Fleas” to help them tune their instrument in the absence of a tuning device.  It is sung using the notes G C E A in the order of the strings from top to bottom.

Three – They come in different sizes

There are seven different sizes of ukulele, the most popular being (from smallest to largest): Soprano, Concert, Tenor and Baritone.  But there are also Bass and Contrabass going up in size from Baritone and, as if the Soprano were not small enough at typically 13” long, you can also get a tinier one called Pocket or Piccolo at just 11”. 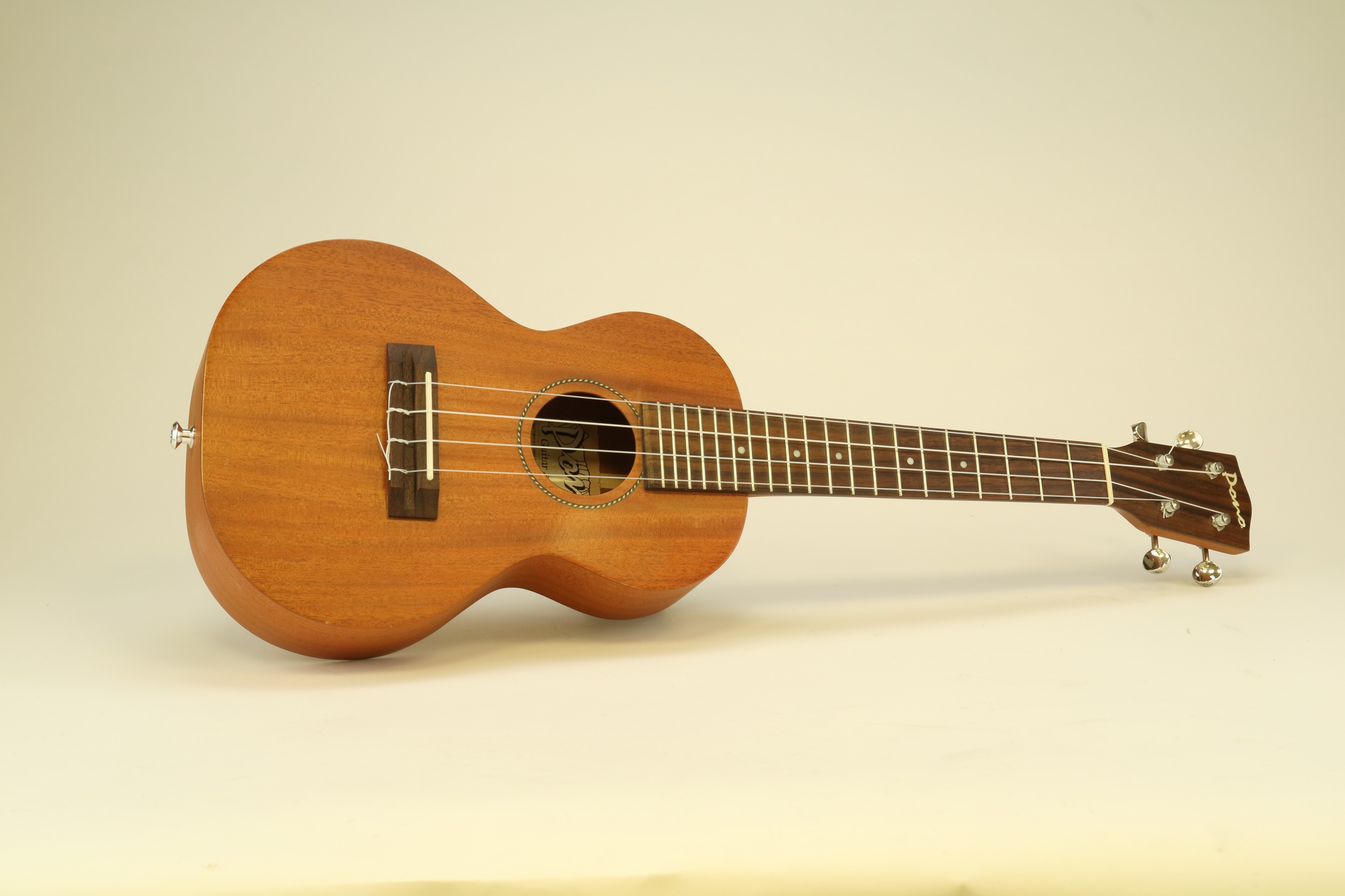 A Pono Concert ukulele, being offered as part of Halls' Christmas auction on 9 December 2020, lot 387

Famously, the ukulele was favoured by George Harrison of the Beatles and was the first instrument of guitarist Eric Clapton.  Perhaps the most acclaimed, though, is Jimi Hendrix.  According to legend, James Hendrix was helping his father clear a property for an elderly neighbour and amongst the debris was a ukulele with only one string.  The lady gifted the uke to Hendrix and he began his extraordinary career to become one of the most celebrated guitarists in modern history.

Thought to have been lost, the ‘Elia’ ukulele by celebrated New York luthier John D’Angelico was made in circa 1930 and named after Elia Pappalardi who had originally commissioned it.  The instrument was inherited by her son, Felix, a music producer and bassist who had worked with bands such as Cream.  Following the murder of Felix at the hands of his wife Gail Collins in 1983, the whereabouts of the Elia ukulele were unknown and it was thought lost for good.  That is until 2007 when it resurfaced in an online auction where it sold for US$26,000 (nearly £20,000).

Six – You can get banjo versions

In addition to the various sizes of ukulele, there are also variations on the instrument including a banjo hybrid known as a ‘banjolele’.  This has the same four string G,C,E,A arrangement but instead of a guitar-like sound box, it has a banjo style drum head, giving it a rich twanging sound similar to its larger cousin.  This was the type of instrument favoured by British entertainer and film star George Formby. 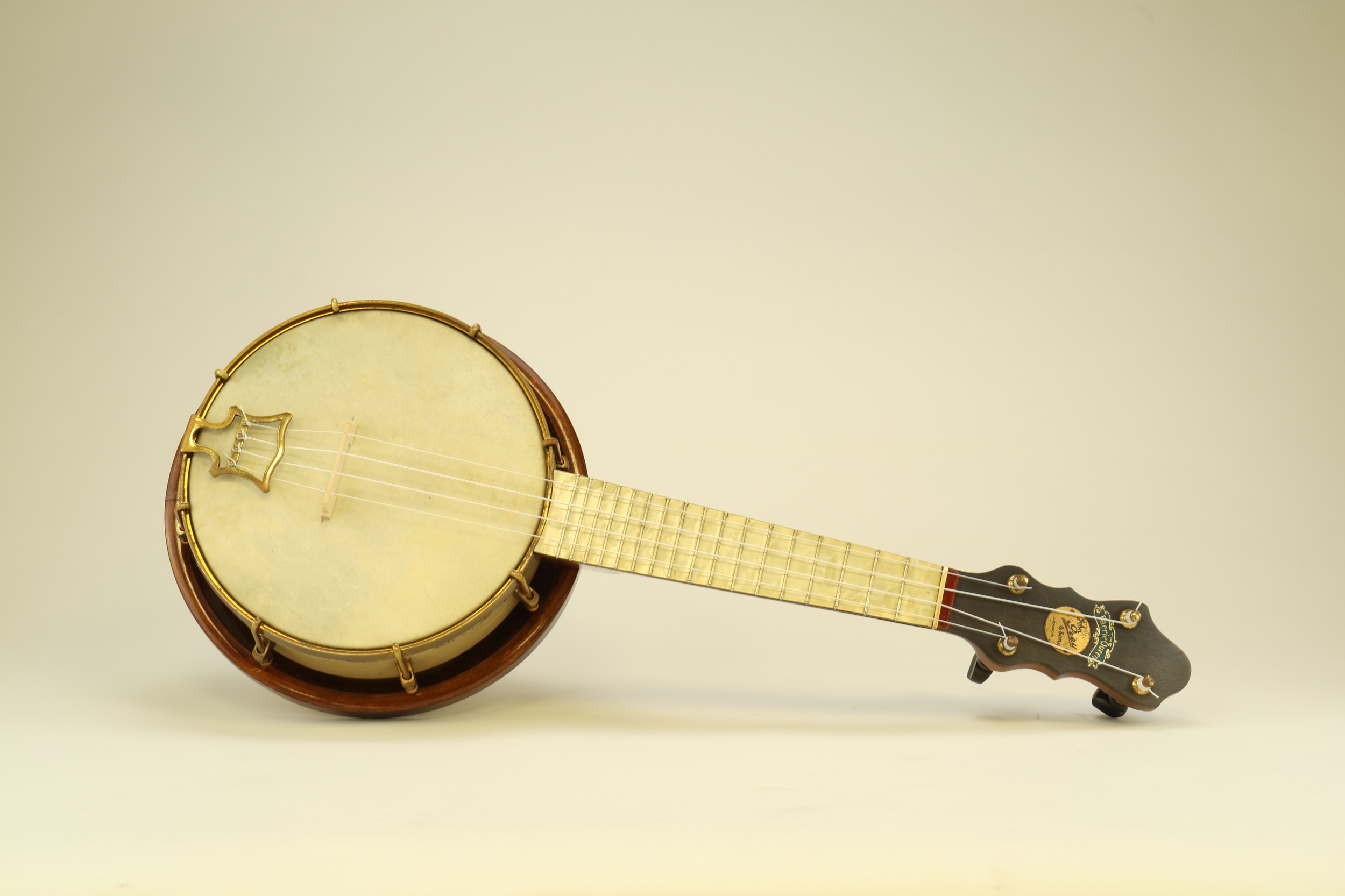 A John Grey 'Faerie Queen' banjolele, being offered as part of Halls' Christmas auction on 9 December 2020

You might pronounce it ‘yoo-ka-lay-lee’ but it is often pronounced ‘oo-ku-le-le’, particularly in its adopted home of Hawaii.  Both are acceptable and you won’t be frowned upon by using either pronunciation.  Certainly not by us at Halls!