7 Things You Didn’t Know About Selling Militaria With Halls

In the auction world there are collectors for everything and militaria is no different.  We are fascinated by the past and the stories that objects can tell us.
Here Militaria Specialist Caroline Dennard gives some advice about selling militaria at auction.

Your family stories make all the difference. Whether it be written or verbal provenance, collectors like to know as much as they can. Names, service numbers, facts and any interesting tidbits can set someone on a journey of discovery to know more – and the more they know or can discover, the higher the potential price.

Digitized access to many records has opened up a new world to many budding military researchers. Many collectors complete their own research after buying, and enjoy reuniting archival material with the objects. The National Archive at Kew has even temporarily made all documents free to download due to the Coronavirus pandemic. Other records can be accessed through paid subscriptions and are most often relied upon for details on servicemen from the WW2-era and later.

Those old family photograph albums might be worth more than you think. Many soldiers documented their service through photographs in albums which have been handed down through successive generations. Period photography and ephemera is a hot area right now – and the often highly personal and original nature of such albums always captivates bidders in the saleroom and can lead to amazing prices. 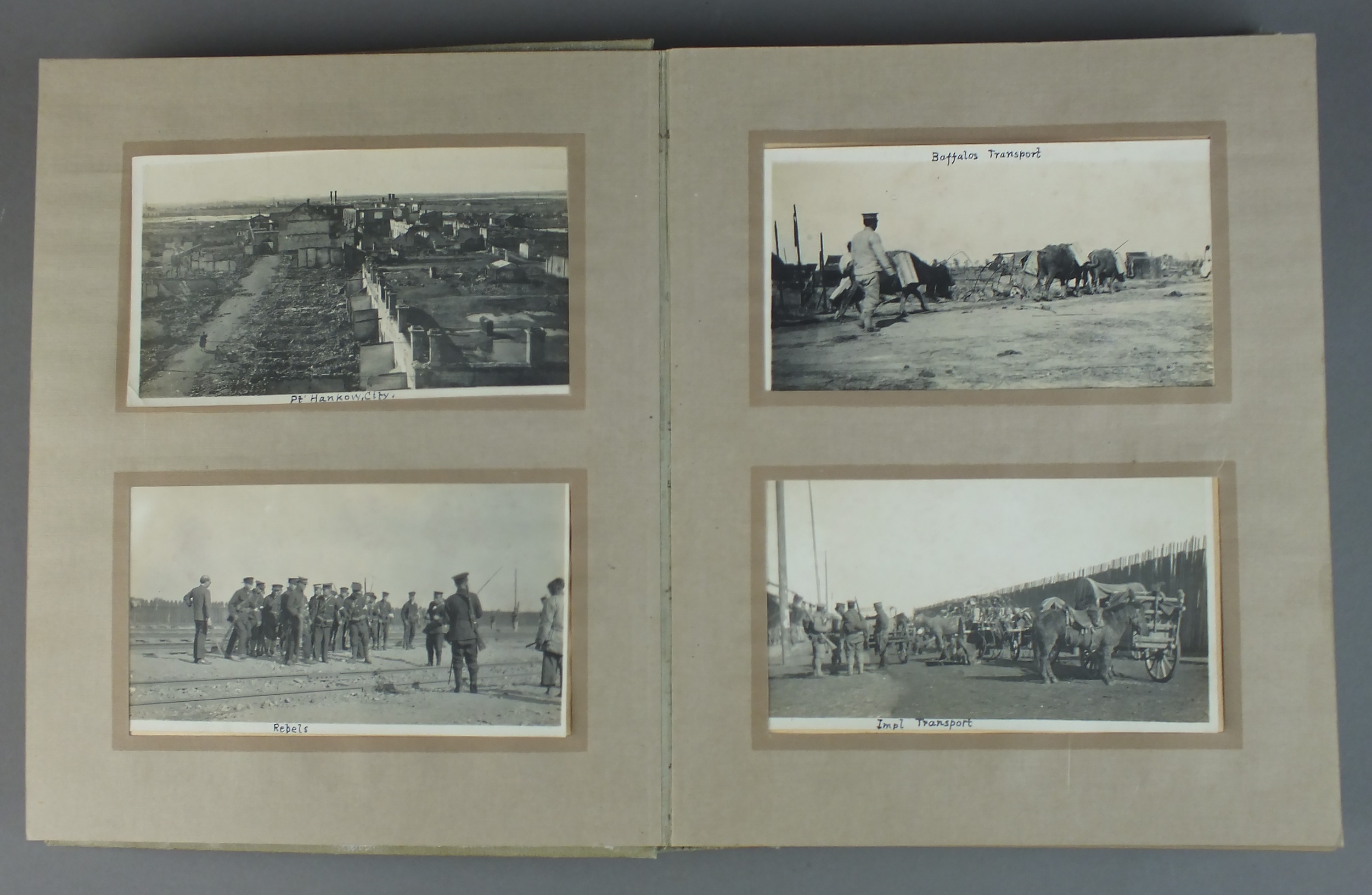 An album of original photographs taken during the Revolutionary Foreign Concessions Period in China, circa 1911
black and white photographs, each individually captioned to front or verso, including scenes of Hankow City after the Bombardment, Rebel Forces, Imperial Troops, German, French and British Troops and Sailors, the Retreat from Hanyang after the Battle of Yangxia, Dead and Wounded, Russian Gunboat, War Junks Fleeing from Admiral Sah's Ships, Spies Awaiting Execution and others - contained within Bedouin photograph album
(97 photographs)

Notes: These photographs were taken during a fascinating and exceptionally tumultuous period in Chinese history. Numerous cities were divided into "concession territories": through an agreement with the Qing dynasty. Japan, Britain, the US, and a number of European powers (France, Germany, Belgium, Russia, Italy, Austria-Hungary) administered different sections of the city and strong fighting between loyalist and rebels was still ongoing. 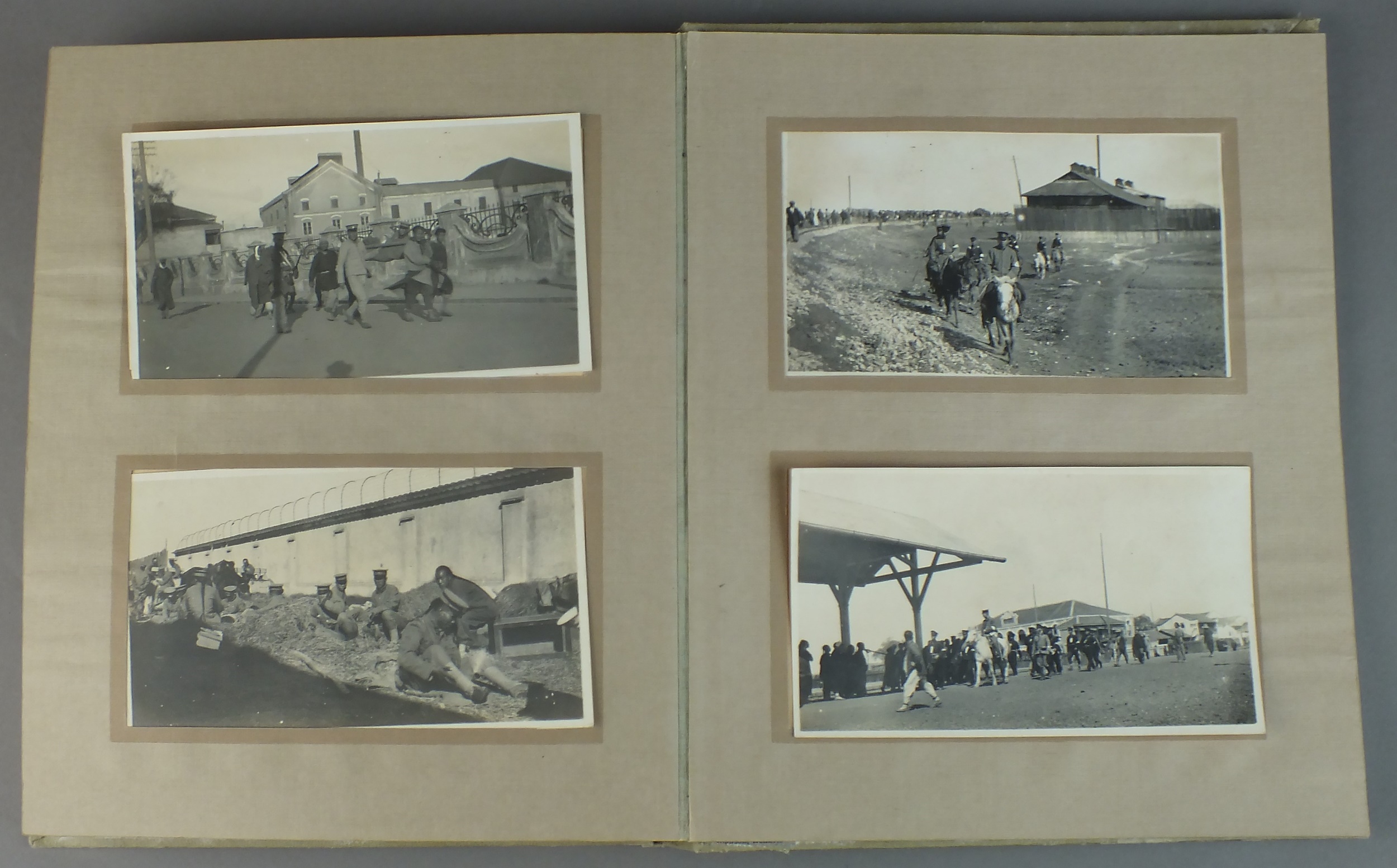 The market truly is worldwide, and growing. Our sales are all hosted live online and we frequently have bidders from throughout Europe, the United States and beyond. We have often reunited or repatriated items to their home country and take many careful steps to strongly market items to prospective bidders, wherever in the world they may be.

German Third Reich-era items are not as ‘taboo’ as you think. Many Allied soldiers brought war booty home, which includes items retrieved from German soldiers. These items often come up on the secondary market and are a very collectible part of history.

You might need a license to that old firearm you inherited. Many antique firearms are obsolete calibre and can be owned or sold with absolutely no issue, but the regulations are ever-evolving and even de-activated weapons can fall under the law. If you are unsure, we will always be happy to help with clarification. As a registered firearms dealer, we can safely hold and sell Section 1 and Section 2 firearms to buyers with the relevant licenses.

We offer no-obligation valuations by e-mail and delight in seeing vendor’s collections or family items. With a number of military sales throughout the calendar year, we are well-placed to advise the best route to market your items or to simply give you further information on items you are interested in.

Realise the Value of your Militaria