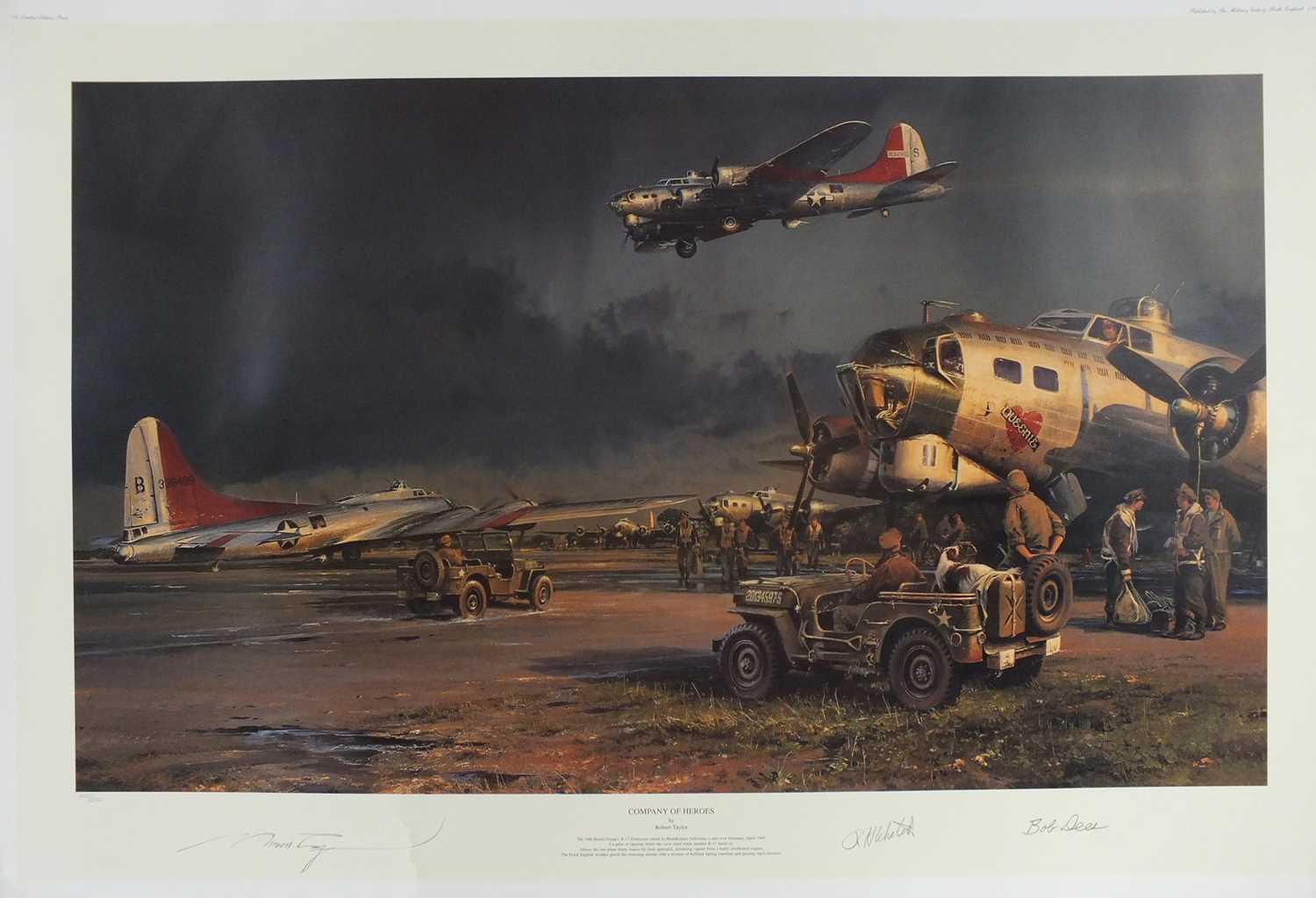 Robert Dees: 'Bob' Dees originally joined the Army Corps of Engineers in 1941 but transferred to the Air Corps for pilot training in Jan 1943. Assigned to the 4th and then 18th Squadron, 34th Bomb Group, Bob flew the South Atlantic route to Mendlesham, England, in early 1944 and was soon in the thick of the action on operations against military and industrial targets in Germany and occupied Europe. He flew the first of his 31 combat missions on 24th May 1944, flying the B24, before the 34th converted to B-17 Flying Fortresses on which he finished his tour. Bob Dees was awarded the Air Medal with five Oak clusters and the Distinguished Flying Cross.

Rolland Whited: The Captain and pilot of the 34th Bomb Group B-17 Flying Fortress Queenie, Rolland Whited arrived in England with the 391st Bomb Squadron, 34th Bomb Group in April 1944. He flew his first combat mission on June 20th. A veteran of many heavy bombardment missions he flew on operations against Luftwaffe airfields, VI rocket sites, chemical plants and the railroad marshalling yards at Cologne and Ludwigshafen. After completing 26 missions on B24s, the 34th re-equipped with B17 Flying Fortresses. Rolland flew a further 8 missions on the B17, flying his final mission in January 1945. He holds the Air Medal with three Oak clusters in addition to the Distinguished Flying Cross.


Overall dimensions of print are 84cm x 60cm, dimensions of plate are 74cm x 46cm. This comes with a cardboard tube and can be posted out with that if required.