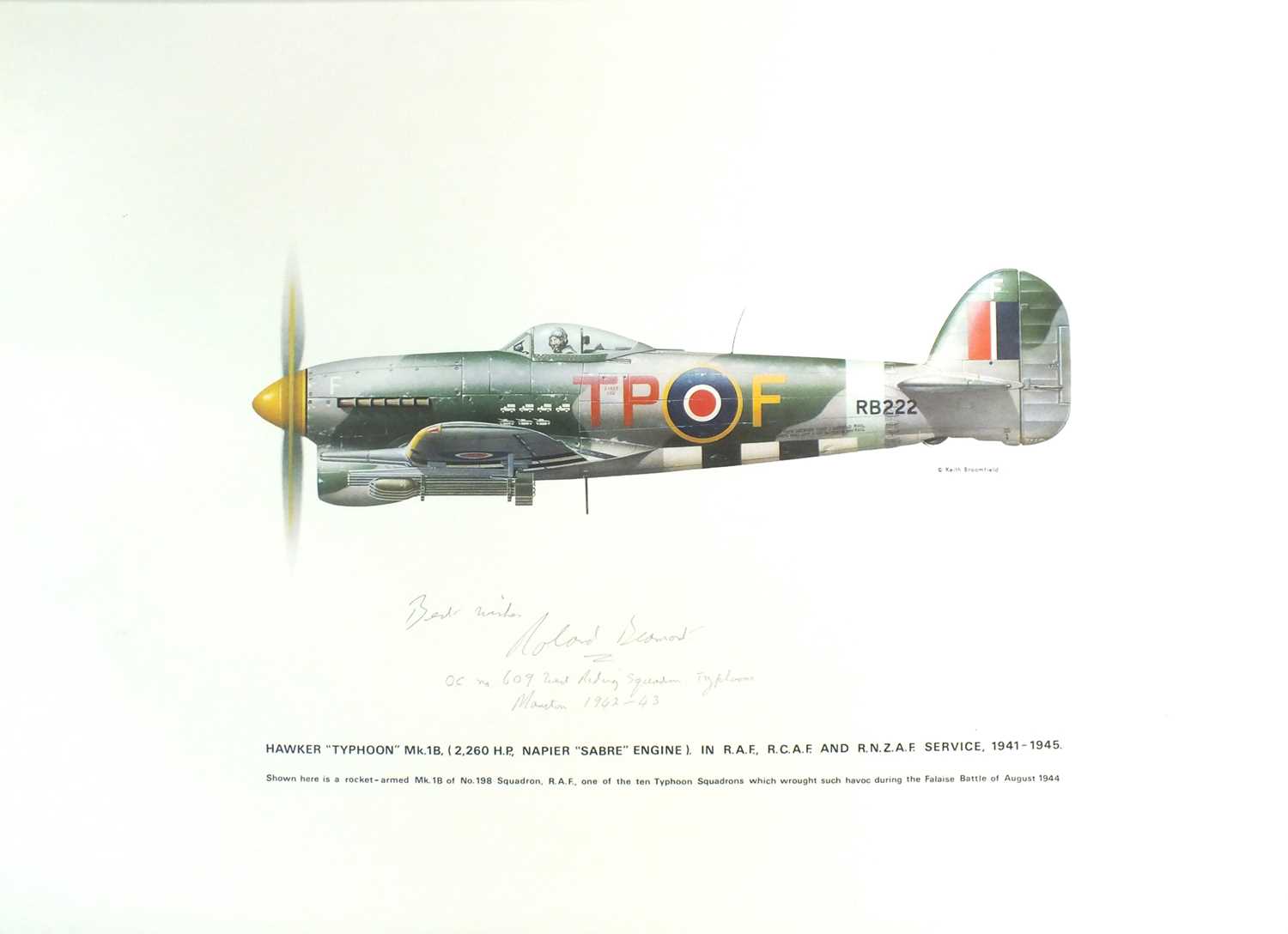 Notes: Wing Commander Beamont flew more than five hundred operational sorties during the Second World War. He spent several months as an experimental test pilot developing the Hawker Typhoon and Tempest, and was ultimately responsible for introducing these types into operational squadron service. He further pioneered the ground attack capabilities of the Typhoon together with its use as a night-flyer and led the air-to-air campaign against the V-1 flying bomb