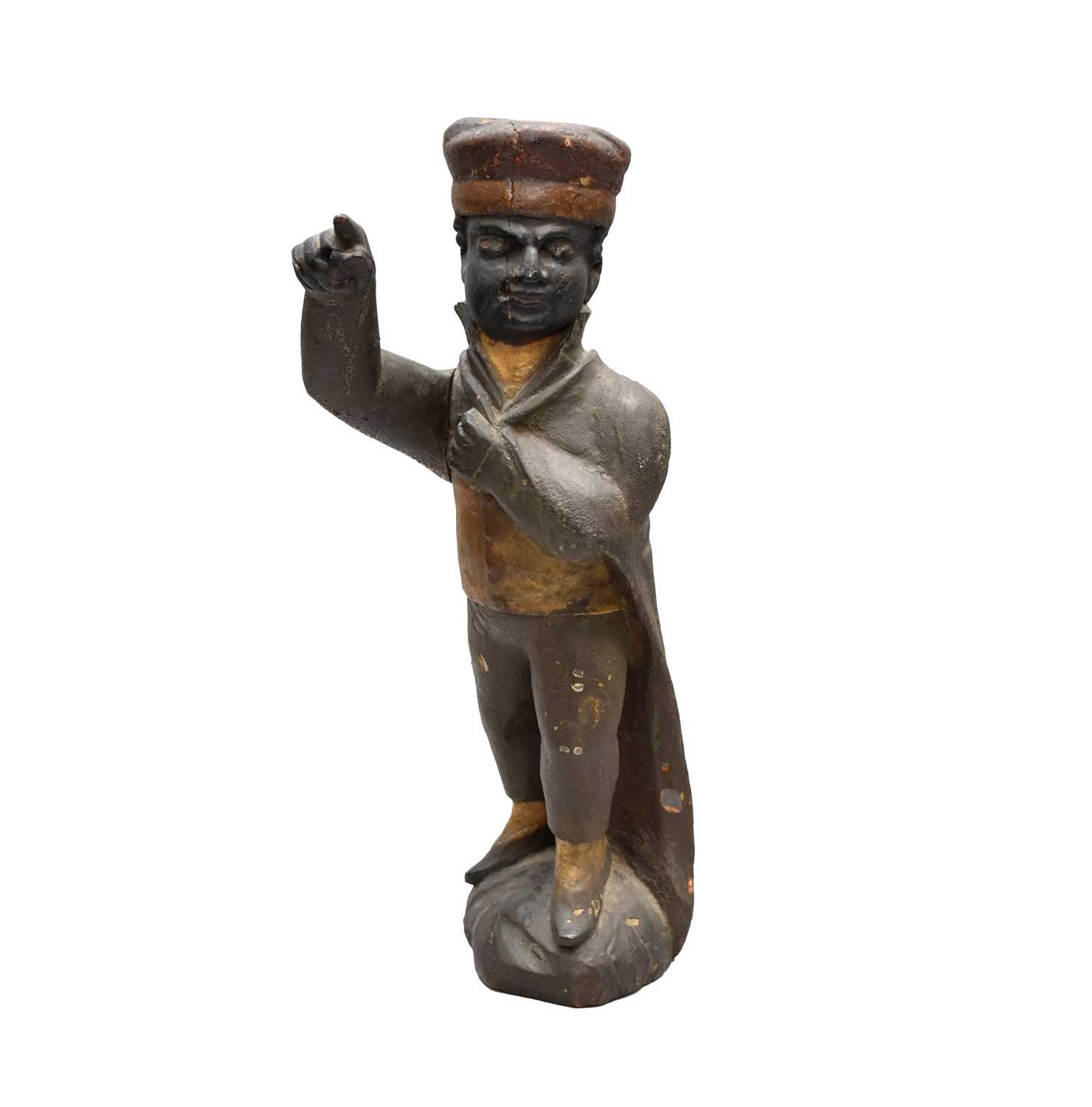 An early 19th century painted, carved treen, advertising figure, probably for tobacco, of a man standing with his left foot forward and right arm raised in the air, wearing a gold waistcoat and long black cloak, with a contemporaneous iron staple in the back, s/d, probably lacking its pipe, 61cm high

These smaller advertising figures would have stood on the shop counter, or in the shop window. Given the staple this may well have been above the fascia. Larger ones, sometimes life size would have been placed on the pavement, outside the shop. The oldest examples are black boys, or blackamoors. In the 17th century they were modelled on men from Guinea, but later depicted European type figures, such as this example.


Lacking pipe in right hand. Paint chips and dents all over.

Hairline cracks and some losses, including around the join between the right arm and torso and across the head. Overall condition ok and consistent with age and use.