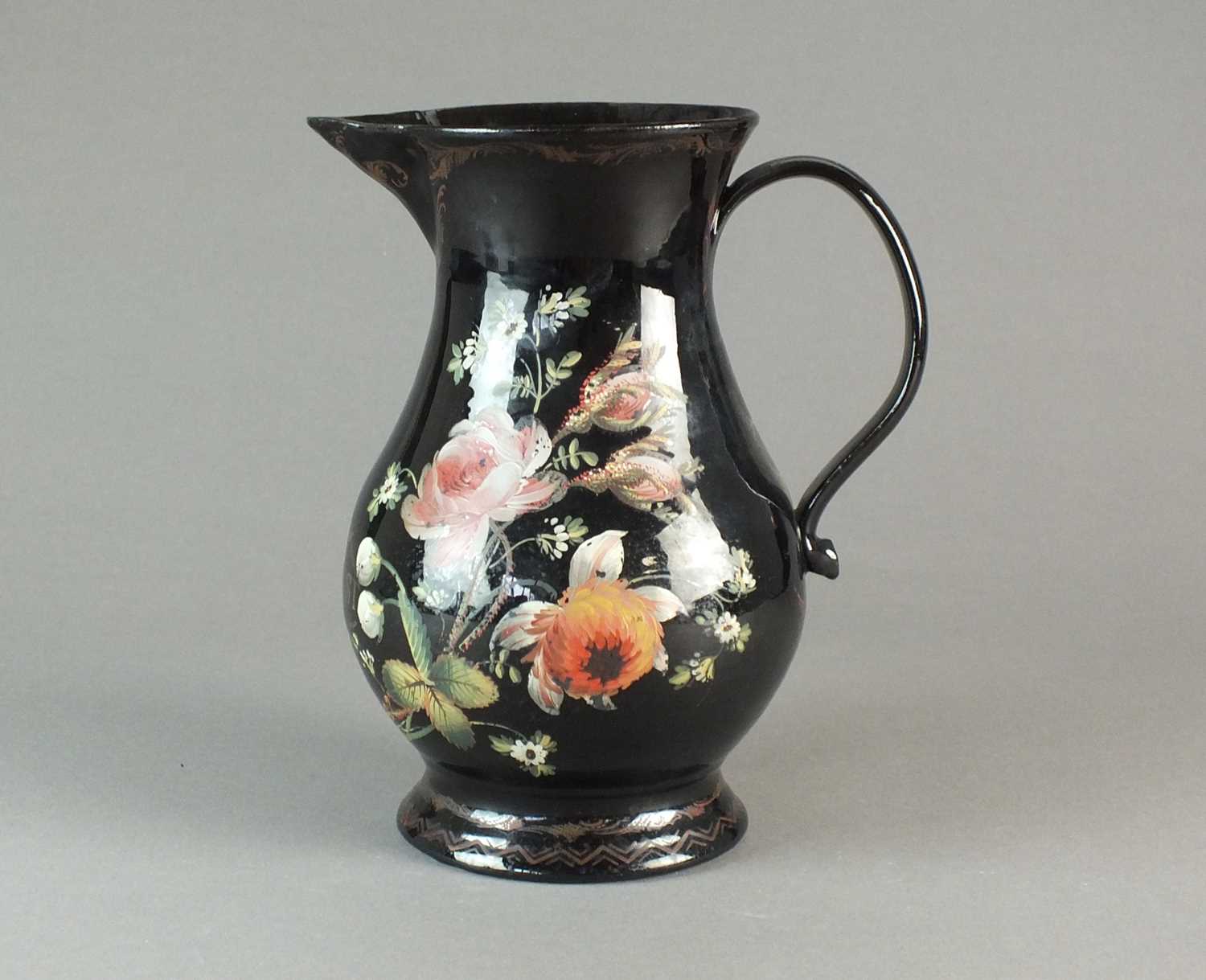 A Jackfield earthenware jug
circa 1770
of baluster form with a sparrow beak spout, the black-glazed redware body painted with flowers and inscribed to 'C Guest',
24cm high

Footnote: A search of Land Tax Records for 1798 in Broseley shows that 'C Guest' was a tenant at The Knowle (Jackfield) alongside Edward Blakeway. Blakeway was previously instrumental in forming the New Willey and Snedshill Coal Companies before entering a partnership with John Bill at Jackfield in 1783. Shortly afterwards they were joined by John Rose, the works becoming Jackfield China Works. The following year, in 1794, Blakeway along with John and Richard Rose set up a new china works on the other side of the river at Coalport; and in 1799 they purchased the land, works and stock of the Royal Salopian Manufactory at Caughley.

Condition Report
There is a small chip go tbe spout and a large number of scratches below the inscribed name, alongside some further scratches through the painted decoration. Elsewhere, there are some patches of loss/rubbing to the painted decoration including some general wear to the decoration to the left of the handle.
No signs of further damages or repairs. Please see images.