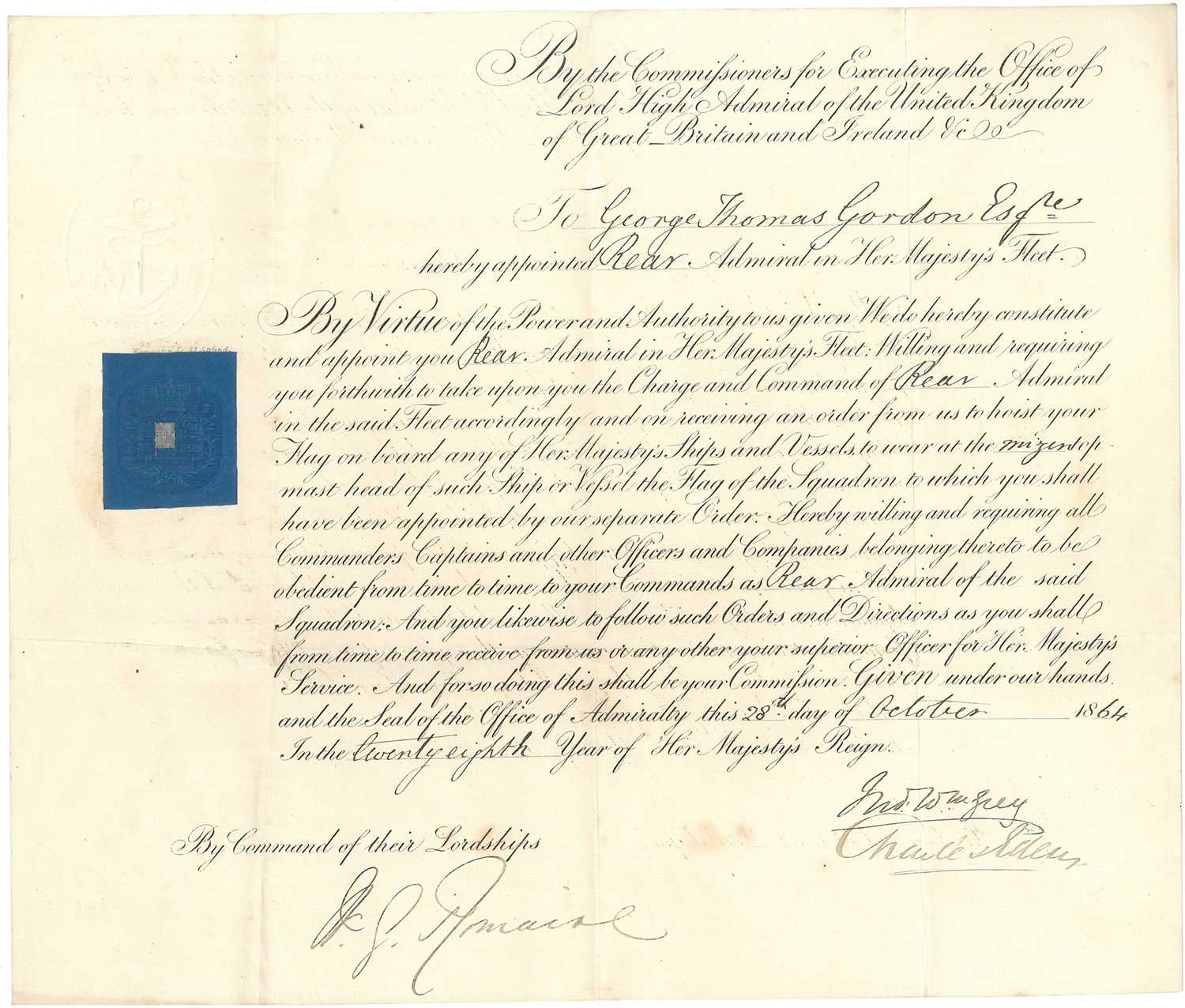 ROYAL NAVAL COMMISSION - George Thomas Gordon’s promotion to Rear Admiral in Her Majesty’s Navy on 28th October 1864. With an embossed Admiralty seal to the top left corner and a five shillings Tax Duty Stamp on the left edge.

During his captaincy of HMS Ganges, Gordon was dispatched to oversee the Oregon border dispute with the United States in 1846. As Captain of HMS Duke of Wellington, he saw operations in the Baltic Campaign of 1854 (Crimean War) as the flagship of the fleet led by Admiral Sir Charles Napier. From 1855 onward, Gordon served on various ships based out of Portsmouth until his retirement in 1870.