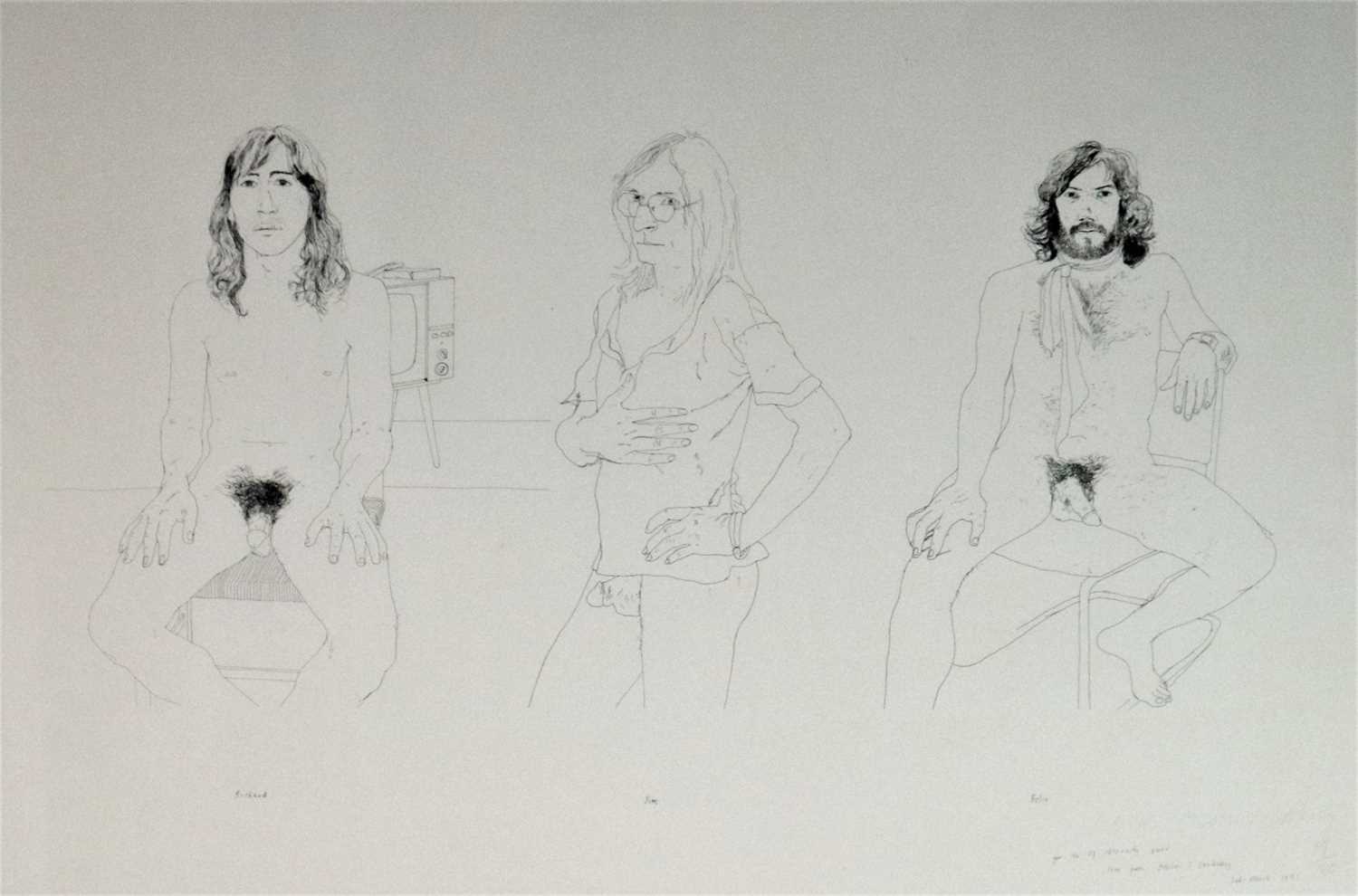 In 1971 a highly publicised trial was brought against British paper Oz and its journalists Richard Neville, Jim Anderson and Felix Dennis. They were charged with conspiracy to corrupt public morality based on an article published on the 28th May 1970 featured an illustration with Rupert the Bear's head atop an x-rated cartoon. The trial caused much public outcry as an infraction on freedom of speech and the accused were publicly supported by many celebrities and activitsts. David Hockney created this limited edition lithograph to raise money towards their legal costs and depicts the three journalists unclothed to convey their innocence.

Condition report
Lot 17- is a work on paper, framed under glazing. The paper appears in good condition with no obvious signs of any tears or holes. There are some minor sparse spots of foxing either side of Felix, near the signature and between Richard and Jim (please refer to additional photographs). The frame has some general wear and tear and loose joints.