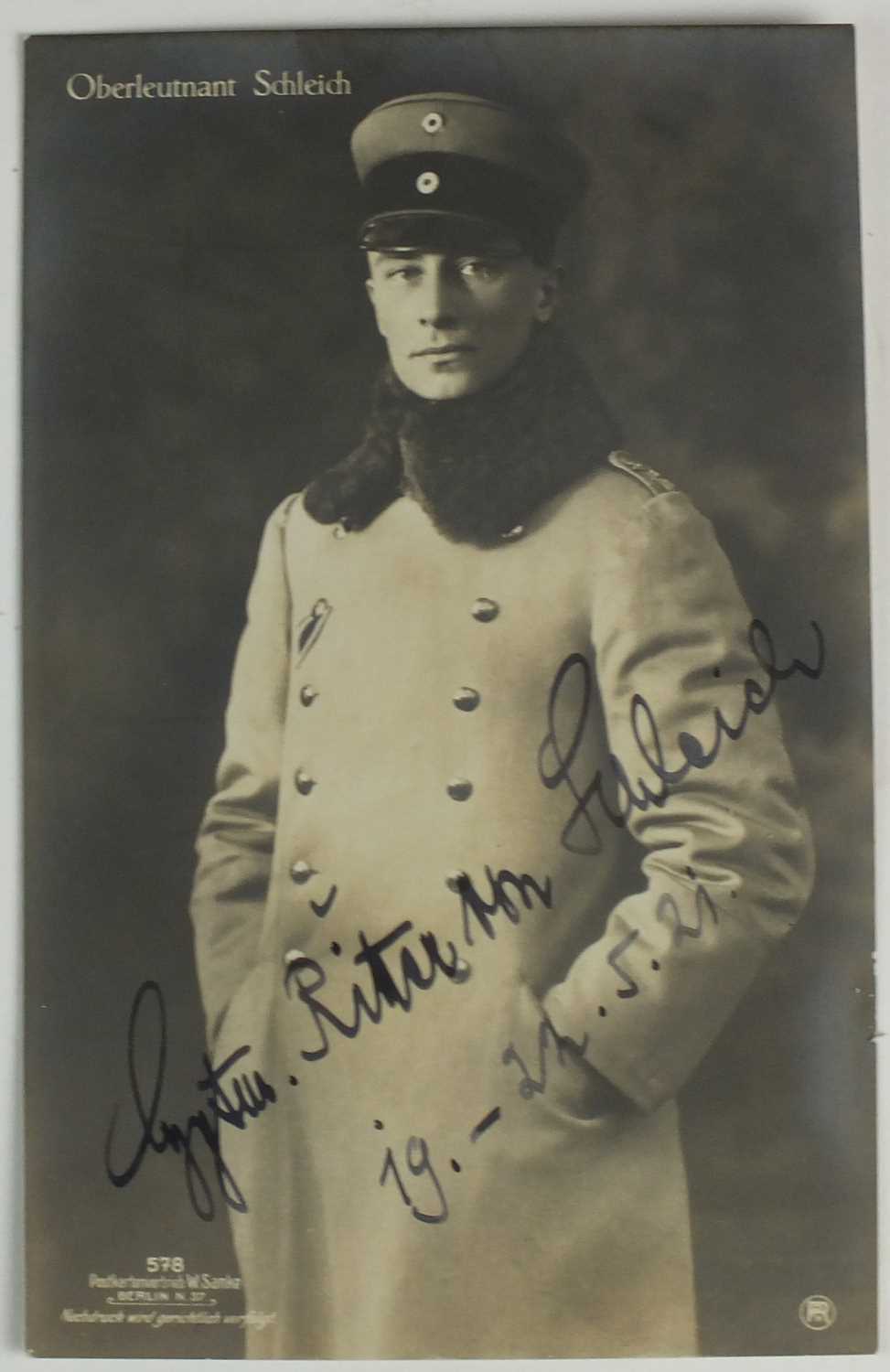 Although Eduard von Schleich saw action at the front as a fighter pilot for only fourteen months of the First World War, he scored thirty-five victories including some doubles and triples. In addition, this German Ace became the leader of one of four Jagdgeschwaders ("Flying Circuses") in the German Air Service with a rank equal to von Richthofen. Such feats meant that Schleich was awarded the Pour le Mérite (Blue Max) and the Iron Cross First & Second Class. Later, he became one of the most active former First World War pilots in Third Reich politics and Third Reich life. He became a General of the SS, the SA, and the Luftwaffe and was particularly active with the flying corps of the Hitlerjugend (Flieger-Hitler-Jugend).