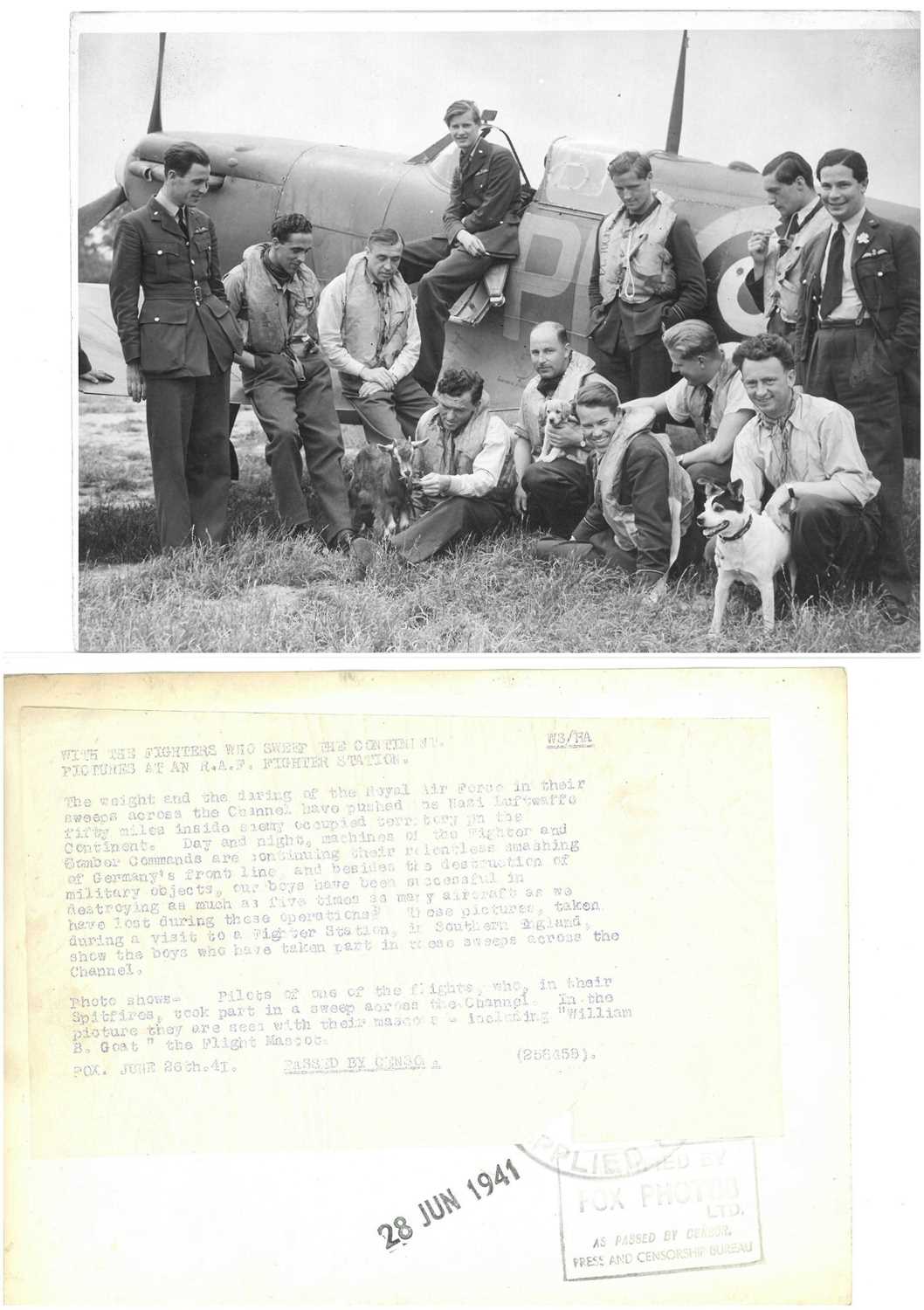 A large collection of Second World War British Official press photographs, including RAF Air Ministry CH/CM Series
covering the period of 1940-45
dated and majority individually captioned to verso, examples include 'Servicing British Aircraft Under Gas Alarm Conditions', 'The Men Who Did It - Members of the Crew of the Lockheed Hudsen of Coastal Command which forced a U-Boat to Surrender'; 'Pilots of the Madras Squadron (Spitfires)'; 'Italian Survivors of the Matapan Sea Engagement'; 'Crews being interrogated after returning from a Berlin Raid', the 609 (West Riding) Squadron together with their famous mascot 'Billy de Goat'; 'An RAF Flying Officer disguised as an Arab, after walking for fourteen nights in the desert when his aircraft crashed in enemy territory'; together with portraits of aircrew such as Sgt. Donald Bevan in a B17 Flying Fortress (who later became a POW after being shot down over Germany) and the American aircrew of the 'Jarry Jinx' Flying Fortress in December 1942, who were all to be killed in action just one month later after being shot down when returning from a raid on Lorient;
together with many others; a very good collection of 150 photographs, large format, sizes ranging from 15cm x 21cm up to 25cm x 20cm
(sample photographs online only include from 1941, but additional images are available on request)