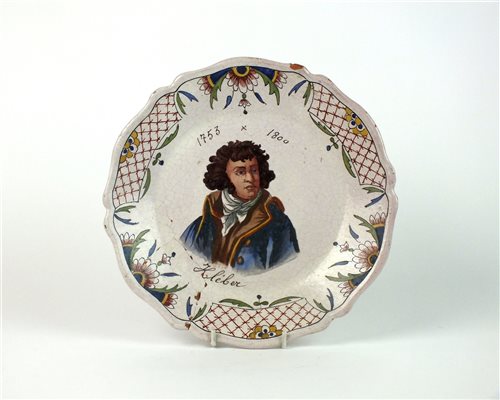 Kléber was a French military general who accompanied Napoleon on the Egyptian campaign. While walking in the garden of the palace of Alfi bika, he was knifed by Soleyman El-Halaby, a student living in Egypt. The assassin appeared to be begging from Kléber, but then took his hand and stabbed him in the heart, stomach, left arm, and right cheek, before running away to hide near the palace. He was soon caught, with the dagger which he had used to kill Kléber, and was later executed. The assassin's right arm was burned off, and he was impaled in a public square in Cairo and left for several hours to die. Suleiman's skull was shipped to France and used to teach French medical students what the French authorities claimed was the bump of "crime" and "fanaticism".

After his assassination, Kléber's embalmed body was repatriated to France. Fearing that his tomb would become a symbol of Republicanism, Napoleon ordered it held at the Château d'If, on an island near Marseilles. It stayed there for 18 years until Louis XVIII granted Kléber a burial place in his home town of Strasbourg.