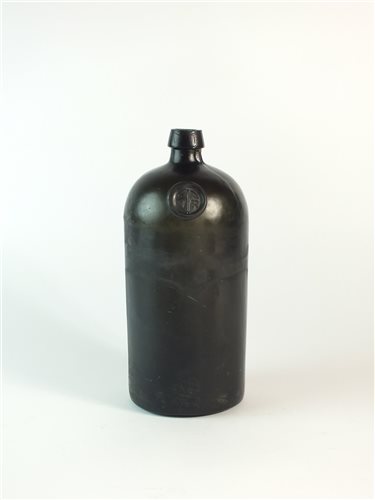 Provenance: The VR initials reflect a naval mark used in the early years of Queen Victoria's reign. Examples with this seal have been found at Louisbourg, Halifax, Nova Scotia, Canada and Lower Fort Garry, Manitoba, Canada. The British Military used sealed bottles until the late 1840s and similar bottles would have been shipped to British colonies in Australia, South Africa, Bermuda, etc. It is probable that this bottle was shipped to a British Garrison and would have held fruit juice or similar, non-alcoholic fruit juice in order to prevent scurvy.

Condition report
Some staining to the exterior, wear to the base and to the bottle's mouth. Appears to have been buried at some stage. No signs of any damages.