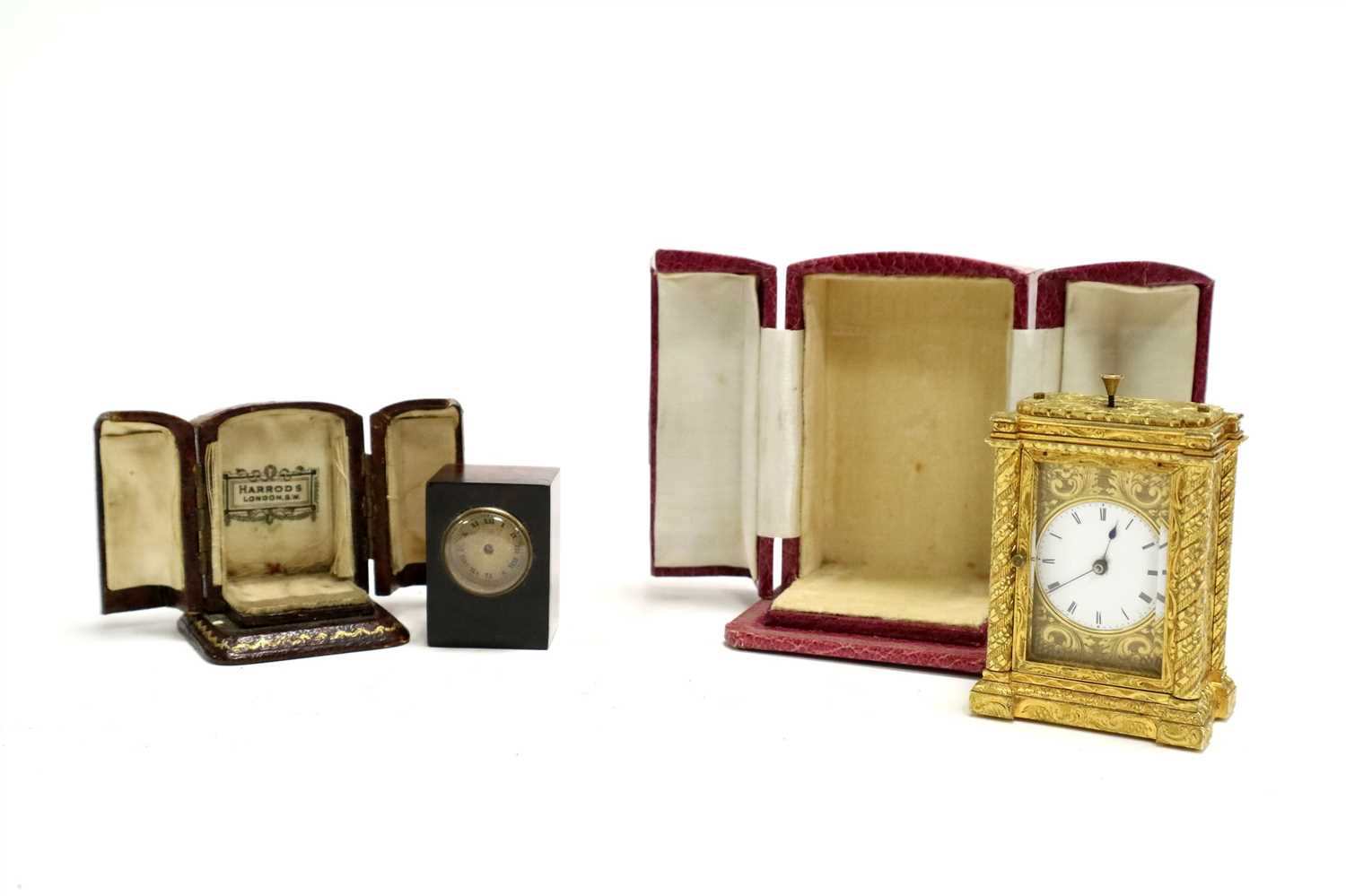 A 19th century French carriage clock by Bourdin of Paris

Condition report
Some chips to the centre of the dial, possibly had hinged handle, unable to get into the back to take images of the movement, there is an interior bell, refer to additional images